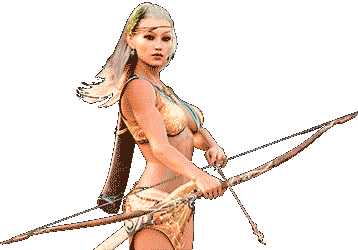 Name: Andrew Carnegie
Birth Date: November 25, 1835
Death Date: August 11, 1919
Place of Birth: Dunfermline, Scotland
Place of Death: Lenox, Massachusetts, US
Nationality: American
Occupations: industrialist, philanthropist, businessman
One of the wealthiest historical figures Carnegie was estimated at the time of his death to be worth $298.3 billion (2007 dollars). He expanded the American steel industry in the 19th century and was a high profile philanthropist. He wrote The Gospel of Wealth in 1889, calling on the rich to improve society. By the 1860s Carnegie had invested in railroads, bridges oil derrick and railroad sleeping cars. He was a bond salesman and raised money in Europe. He constructed Pittsburgh's Carnegie Steel and in 1901 sold his steel company to J.P. Morgan. He donated to world peace, established local libraries, and provided funds for scientific research. He build Carnegie Hall, founded the Carnegie Corporation of New York, and Carnegie Mellon University. His story is a true American rags to riches story.

Name: Billy the Kid
Variant Name: William H. Bonney
Birth Date: November 23, 1859
Death Date: 1881
Place of Birth: New York, New York, US
Place of Death: Fort Summer, New Mexico, US
Nationality: American
Gender: Male
Occupations: criminal, murderer
A legendary gunman in the American Old West, Billy the Kid participated in the Lincoln County War and became an outlaw. It is reputed Billy the Kid killed 21 men and he killed his first man at the age of 9. He was very personable, a neat dresser and soon became a folk hero as well as a notorious outlaw. New Mexico's governor, Lew Wallace, placed a value on Billy the Kid's head, the New York Sun plus the Las Vegas Gazette (New Mexico) romanticized Billy's crimes. Billy the Kid was sentence to hang on May 13 but succeeded in killing his guards and escaping. Three months later the Kid was cornered by Sheriff Pat Garrett and shot and killed.

Name: Frank Sinatra
Field: Music, Entertainment
Date of Birth: 12/12/1915
Date of Death: 05/14/1998
Age at Death: 82
Cause of Death: Heart attack
Sinatra started his career in the swing era as a singer with Tommy Dorsey's band. He released his first album, The Voice of Frank Sinatra in 1946. He won an Oscar for his performance in From Here to Eternity in the 1950s. In 1953 he released Come Fly with Me, Songs for Swingin' Lovers, and Only the Lonely. In 1961 Sinatra established Reprise Records. At 50 he recorded September of My Years, starred in Frank Sinatra: A Man and His Music, won an Emmy (has 11) and had hits with Strangers in the Night and My Way. In 1973 he recorded New York, New York, toured and worked shows in Las Vegas. Sinatra was nominated for Best Actor in The Man with the Golden Arm, acclaimed in The Manchurian Candidate. Sinatra was presented the Presidential Medal of Freedom and in 1997 the Congressional Gold Medal.

Name: George Segal
Birth Date: November 26, 1924
Death Date: June 9, 2000
Place of Birth: New York, New York, US
Place of Death: South Brunswick, New Jersey, US
Nationality: American
Gender: Male
Occupations: sculptor
George Segal is famous for his roles in A Touch of Class in 1973, Blume in Love in 1973, California Split in 1975 and Who's Afraid of Virginia Woolf in 1976. Segal can be seen on the sitcoms Just Shoot Me and The Goldbergs. Segal performed on stage in The Iceman Cometh, Antony and Cleopatra and in Art. His filmography includes No Way to Treat a Lady, The Owl and the Pussycat, and in The Bridge at Remagen. Comedies include Fun with Dick and Jane, Who is Killing the Great Chefs of Europe? He was the sleazy father in Look Who's Talking as well as in the sequel in 1993. Segal is an accomplished banjo player and his first album is The Yama Yama Man.

Name: Jane Fonda
Birth Date: December 21, 1937
Place of Birth: New York, New York, United States
Nationality: American
Gender: Female
Occupations: actress, activist
In the 1960s Jane Fonda became famous for Barbarella and Cat Ballou. She has won two Oscars, an Emmy and at least seven Golden Globe Awards. She retired from acting in 1991 but returned in 2005 with Monster in Law and Georgia Rule. In 1982 Jane released her exercise videos. She is a political activist and voiced her opposition to the Vietnam War (Hanoi Jane). She protested against the Iraq War, fights for women's rights and cofounded the Women's Media Center in 2005. She published her memoirs Prime Time in 2011. Fonda earned her first Oscar nomination for They Shoot Horses, Don't They in 1969. She won the Oscar for Klute and another Oscar in 1978 for Coming Home. She starred in The China Syndrome and the Electric Horseman in 1979. In 1980 Fonda starred in Nine to Five and she owned, produced and acted in On Golden Pond with her father Henry Fonda.

Name: Jim Morrison
Variant Name: James Douglas Morrison
Birth Date: December 8, 1943
Death Date: July 3, 1971
Place of Birth: Melbourne, Florida, US
Place of Death: Paris, France
Nationality: American
Gender: Male
Occupations: singer, songwriter, poet
Age at Death: 27
Cause of Death: Heart failure
Jim Morrison was the central singer of The Doors as well as a songwriter and poet. His songwriting, wild personality, weird performances made him an icon for rock music. He is listed as #47 on Rolling Stone's register of the 100 Greatest Singers of All Time. He was the "King of Orgasmic Rock". Morrison wrote Hello, I Love You and Moonlight Drive after graduating from UCLA. His band, The Doors took the name from the book, The Doors of Perception. Morrison's and the Door's greatest hits were Light My Fire, Love Me Two Times, Touch Me, and Break on Through. The Door's last album with Morrison was L.A. Woman. Morrison died in Paris at the age of 27 of a drug overdose.

Name: Joe DiMaggio
Birth Date: November 24, 1914
Death Date: March 8, 1999
Place of Birth: Martinez, California, US
Place of Death: Hollywood, Florida, US
Nationality: American
Gender: Male
Occupations: baseball player
Age at Death: 84
Cause of Death: Cancer
Nicknamed "The Yankee Clipper" Italian-American major league center fielder Joe DiMaggio was an all-star for 13 seasons and awarded the MVP winner three times. His ball club, the New York Yankees won nine World Series championships and ten American League pennants. He was fifth in home runs (351). DiMaggio batting percentage was .579, sixth highest. His MLB 56-game hitting streak was his greatest achievement in the sport (1941). In 1955 he was inaugurated into the Baseball Hall of Fame and was designated baseball's greatest living player in 1969. DiMaggio signed a contract worth $100,000, a record contract for baseball players. He announced his retirement at 37 in 1951 and told the sorting world, he was full of aches and pains and baseball had become a chore.

Name: Mark Twain
Variant Name: Samuel Langhorne Clemens
Birth Date: November 30, 1835
Death Date: April 21, 1910
Place of Birth: Florida, Missouri, US
Place of Death: Redding, Connecticut, US
Occupations: writer, humorist
Famous author of The Adventures of Tom Sawyer and Adventures of Huckleberry Finn. He penned The Celebrated Jumping Frog of Calaveras County in 1865 which brought him international fame. He earned quite a bit of money from his writings but invested in ventures that were scams. He wrote Innocents Abroad in 1869 while on a trip to the Mediterranean. He spent 17 years in Hartford and wrote The Prince and the Pauper in 1991, Life on the Mississippi in 1883 and A Connecticut Yankee in King Arthur's Court in 1889. He wrote A Tramp Abroad about his tour of Europe in 1880. Twain has many schools named after him and foundations including the Mark Twain Award, Stetson University's Mark Twain Young Authors' Worship and the Mark Twain Creative Teaching Award.

Name: Walter Elias Disney
Birth Date: December 5, 1901
Death Date: December 15, 1966
Place of Birth: Chicago, Illinois, US
Place of Death: Los Angeles, California, US
Nationality: American
Gender: Male
Occupations: filmmaker, entrepreneur, executive
Age at Death: 65
Cause of Death: Cancer
An American animator, cartoonist, director, screenwriter, vice actor, business magnate and philanthropist are descriptions of Walt Disney. He is an international icon and known for his influence in the field of entertainment. He co-developed Walt Disney Productions and was an innovator in theme park design. Disney received four honorary Academy Award and actually won 22 Oscars. He has seven Emmys and his name graces Disneyland and Walt Disney World in Florida plus Disneyland Paris, Tokyo Disney Resort, and Hong Kong Disneyland. His first feature film Snow White used distinctive character animation, special effects and a multi-lane camera. Snow White and the Seven Dwarfs grossed over $8 million in 1938. He produced Fantasia, Bambi and Alice in Wonderland. His most successful film was Cinderella. Disney opened Disneyland in 1955 to thousands of attendees. He has received hundreds of awards but the best award is his name recognition.