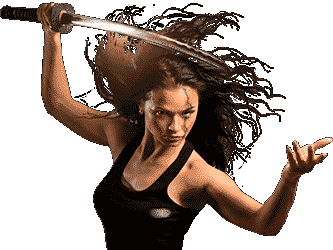 Name: Charles Atlas
Variant Name: Angelo Siciliano
Birth Date: October 30, 1893
Death Date: December 23, 1972
Place of Birth: Calabria, Italy
Place of Death: Long Beach, New York, US
Occupations: body builder
Age at Death: 79
Cause of Death: Heart failure
Charles Atlas developed a bodybuilding method and exercise program to transform his body from a scrawny weakling to a muscleman. He founded Charles Atlas Ltd in 1920 and it continues to this day to market fitness programs. Atlas used dynamic tension programs consisting of twelve lessons including Atlas pictorially demonstrating the exercises. He asked users to write him letters and update him on their progress. His dynamic tension products have sold millions and Atlas was the face of fitness. Weightlifting was a part of Atlas' portfolio. In a marketing edition of his programs Atlas is performing a one-arm overhead press with 236 pounds. Atlas also posed for statues including George Washington, Dawn of Glory in Brooklyn, and Alexander Hamilton at the U.S. Treasury Building. Atlas was the fitness model for Arnold Schwarzenegger, Joe Louis and Rocky Marciano.

Name: Carl E. Sagan
Birth Date: November 9, 1934
Death Date: December 20, 1996
Place of Birth: New York, New York, US
Place of Death: Seattle, Washington, US
Nationality: American
Gender: Male
Occupations: astronomer, author, lecturer
Age at Death: 62
Cause of Death: Cancer
Carl Sagan contributed to the scientific research of extraterrestrial life and discovered the high surface temperatures of Venus. He is an astronomer, cosmologist, author, science communicator and astrophysicist. He composed the physical messages that are sent into space. Sagan published over 600 scientific articles and papers. He authored over 20 books. His prevalent science books include The Dragons of Eden, Pale Blue Dot and Cosmos: A Personal Voyage. Cosmos was a television series seen by over 500 million people across the globe. Sagan wrote Contact which is the basis for the 1997 film. He spent his career at Cornell University where he was the director of the Laboratory for Planetary Studies. Sagan has received the NASA Distinguished Public Service Medal, The National Academy of Sciences Public Welfare Medal, The Pulitzer Prize, two Emmy Awards and the Hugo Award.

Name: Dylan Marlais Thomas
Birth Date: October 27, 1914
Death Date: November 9, 1953
Place of Birth: Swansea, Carmarthenshire, Wales
Place of Death: New York, New York, USA
Nationality: Welsh
Gender: Male
Occupations: poet
"Do not go gentle into that good night" is a poem written by Welshman Dylan Thomas. He was part of the modernism, neo-romanticism movement and his writings were very popular in his lifetime. The publication of "Light breaks where no sun shines" in 1934 began his career. Life was difficult for Thomas; he had trouble earning a living as a writer. Thomas participated in reading tours, broadcasts and radio recordings for the BBC. He traveled to America with his readings; however, his drinking behavior gained him an unsavory reputation. He recorded "A Child's Christmas in Wales" in the 1950s. He published 18 Poems in 1934 and in 1935 The Hand that Signed the paper. 1936 his collection of Twenty-five Poems was published. His later collection, Collected Poems, 1934-1952 was printed when Dylan was 38 and won the Foyle poetry prize. He also worked on Under Milk Wood, a radio play in 1953.

Name: Indira Priyadarshini Gandhi
Birth Date: November 19, 1917
Death Date: October 31, 1984
Place of Birth: Allahabad, India
India's third Prime Minister served from 1966 to 1977 and from 1980 until 1984. Indira Gandhi was known for her unprecedented centralization of power and her political brutality. She intervened in the Pakistani Civil War which resulted in creating Bangladesh and increasing India's influence in the region. She ruled by decree and made changes to India's constitution. She was voted the greatest Indian Prime Ministry in 2001, and woman of the millennium in 1999. Gandhi authorized the exploding of a nuclear device in 1974 and was a supporter of Palestine. Gandhi expanded food production and turned away from dependency on the U.S. for grain shipments. She nationalized banks and the Indian oil industry and instigated the rule of equal pay for equal work. Gandhi was assassinated by her body guards on October 31, 1984.

Name: Mahalia Jackson
Birth Date: October 26, 1911
Death Date: January 27, 1972
Place of Birth: New Orleans, Louisiana, US
Place of Death: Chicago, Illinois, US
Ethnicity: African American
Gender: Female
Occupations: singer
Mahalia Jackson was the Queen of Gospel. Her recordings equal about 30 albums and her 45 rpm records include million sellers. Her signature song Take My Hand, Precious Lord was sung while touring with Thomas A. Dorsey. In 1947 Mahalia recorded Move on up a Little Higher which received a Grammy Hall of Fame Award in 1998. Mahalia recorded Amazing Grace in 1947, I Can Put My Trust in Jesus in 1949, Walk with Me in 1959, and Go Tell It on the Mountain in 1950. She sang at Martin Luther King, Jr's funeral, Take My Hand, Precious Lord. Mahalia produced her last album in 1969, What the World Needs Now and in 1970 she performed Just a Closer Walk with Thee and When the Saints Go Marching In with Louis Armstrong. She created the Mahalia Jackson Scholarship Foundation for college entrance. Mahalia was also a civil rights activist.

Name: Pablo Picasso
Birth Date: October 25, 1881
Death Date: April 8, 1973
Place of Birth: Malaga, Spain
Place of Death: Mougins, France
Nationality: Spanish
Gender: Male
Occupations: painter, sculptor, graphic artist
Age at Death: 91
Cause of Death: Respiratory failure
Famous painter, sculptor, ceramicist, stage designer, playwright and poet Pablo Picasso was Spanish, but lived a great deal of this career in France. He is a most significant artist of the 20th century and shaped the Cubist movement, the development of collage, and constructed sculptures. His well-known works consist of Les Demoiselles d'Avignon in 1907 and Guernica in 1937. Picasso's periods of painting include The Blue Period from 1901-1904, The Rose Period from 1904-1906, The African-swayed Period from 1907 through 1909, Analytic Cubism from 1909 to 1912, and Synthetic Cubism from 1912 to 1919.Picasso's Chicago Picasso a 50-foot Cubist sculpture is one of the most recognizable landmarks in Chicago. His painting titled Garcon a la pipe sold for $104 million, Dora Maar au Chat for $95.2 million, and Nude, Green Leaves and Bust was sold for $106.5 million.

Name: Robert Francis Kennedy
Birth Date: November 20, 1925
Death Date: June 4, 1968
Place of Birth: Brookline, Massachusetts, US
Place of Death: Los Angeles, California
Occupations: statesman, senator, attorney general
Age at Death: 42
Cause of Death: Assassination
Bobby Kennedy was a Senator from New York in 1965 until 1968. From 1961 to 1964 Kennedy served as an U.S. Attorney General (64th) under his brother President John F. Kennedy. In the 1968 election, Kennedy was the leading candidate for the Democratic nomination. He served in the U.S. Naval Reserve, graduated from Harvard and the University Of Virginia School Of Law. He was a correspondent to the Boston Post and an attorney in Washington D.C. Kennedy was the principal counsel for the Senate Labor Rackets Committee where he challenged Jimmy Hoffa about unacceptable practices of the Teamsters Union. He wrote The Enemy Within. Kennedy is known for his fight for the Civil Rights Movement, against organized crime and the mafia and his negotiations during the Berlin Crisis of 1961. He was assassinated in 1968.

Name: Walter Leland Cronkite, Jr.
Birth Date: 1916
Place of Birth: St. Joseph, Missouri, US
Nationality: American
Gender: Male
Occupations: broadcaster, journalist
Cronkite was the anchorman for the CBS Evening News starting in 1962 until 1981. Cronkite was known as "the most trusted man in America". He is famous for reporting bombings in WWII, covering The Nuremberg Trials, reporting about The Vietnam War, explaining Watergate and the helping America through the Iran Hostage Crisis. He covered the assassination of Pres. Kennedy, Martin Luther King and the Beatles John Lennon. He was a space program advocate and covered Project Mercury to the Moon landings. His catch slogan "And that's the way it is" resonated with listeners every broadcast. Cronkite broke the news of President Kennedy's shooting and kept up with bulletins through the night. Cronkite contributed to The Huffington Post in 2006 He received the Presidential Medal of Freedom, inducted into the Academy of Television Arts and Sciences Hall of Fame and four Peabody awards for excellence in broadcasting.

Name: Will Rogers
Birth Date: September 5, 1879
Death Date: August 15, 1935
Place of Birth: Oologah, Oklahoma, US
Place of Death: Point Barrow, Arkansas, US
Nationality: American
Ethnicity: Native American
Gender: Male
Occupations: journalist, humorist, performing artist
During the 1920s and 1930s Will Rogers was a well-known vaudeville performer, cowboy, social commentator, actor and humorist. He was adored for his 71 movies, 4,000 syndicated newspaper column and his political wit. He fought for aviation expansion and gave first hand reports of his travels around the world. He poked fun at prohibition, politicians, gangsters, government programs and himself. His career started as a roper doing tricks in Texas Jack's Wild West Circus but moved on to the Wirth Brothers Circus in Australia. He returned to New York, roped a runaway steer and worked in vaudeville. Rogers' first sound film They Had to See Paris in 1929 led to State Fair in 1933, Dr. Bull in 1933, County Chairman in 1935 and Steamboat 'Round the Bend in 1935.