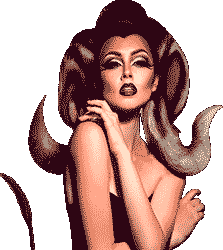 Name: Al Pacino
Variant Name: Alfredo James Pacino
Birth Date: April 25, 1940
Place of Birth: New York, New York, US
Nationality: American
Gender: Male
Occupations: actor, director, producer
Known for his roles as a mobster in The Godfather trilogy, and Scarface, Pacino has also played the "good" side of the law as a lawyer, detective, and police officer. His first film was Me, Natalie and then The Panic in Needle Park. He received an Oscar for Scent of a Woman in 1992. As Michael Corleone in The Godfather in 1972 he won an Oscar for best supporting actor, and he has been nominated for an Oscar in Serpico, Dog Day Afternoon and Justice for All. Pacino won Broadway Tonys for Does a Tiger Wear a Necktie? and The Basic Training of Pavlo Hummel. The American Film Institute awarded Pacino a lifetime achievement award. He is known as a method actor.

Field: Music, Entertainment
Date of Birth: 05/03/1903
Date of Death: 10/14/1977
Age at Death: 74
Cause of Death: Heart attack
One of the highest selling American singers and actors, Crosby's bass-baritone voice sold over half a billion records. Crosby was big from 1934 to 1954 and he uplifted American G.I's during WWII. Postwar he helped develop recording techniques (the laugh track) and reel-to-reel tape recordings. Crosby won an Oscar for Going My Way and was nominated for an Oscar for The Bells of St. Mary's. He has three stars on the Hollywood Walk of Fame. His theme song included crooning and whistling was Where the Blue of the Night. Crosby's biggest hit was White Christmas in 1941. White Christmas has sold over 100 million copies and is always played during the Christmas season. Crosby was a member of the National Association of Broadcasters Hall of Fame. He passed away on October 14, 1977.

Name: Fred Astaire
Birth Date: May 10, 1899
Death Date: 1987
Place of Birth: Omaha, Nebraska, US
Nationality: American
Gender: Male
Occupations: actor, dancer, choreographer
Age at Death: 88
Cause of Death: Pneumonia
Astaire was a successful vaudeville and Broadway actor. His first film was Dancing Lady in 1933 followed by Flying Down to Rio in 1933. Astaire and his dance partner, Ginger Rogers danced in ten movies. Astaire was active in radio and recording. His trademark was to curl his middle two fingers while dancing in order to disguise his large hands. Astaire was a Kennedy Center honoree in 1978.He was listed as the 19th greatest movie star of all time by Entertainment Weekly and his legs were covered for one million dollars. Astaire danced in Follow the Fleet in 1936, The Gay Divorcee in 1934 and Top Hat in 1935.

Name: Gary Cooper
Variant Name: Frank James Cooper
Birth Date: May 7, 1901
Death Date: May 13, 1961
Place of Birth: Helena, Montana, US
Place of Death: Los Angeles, California, US
Nationality: American
Gender: Male
Occupations: actor
Age at Death: 60
Cause of Death: Cancer
Cooper moved the Western movie genre to the top of audience's watching lists with his performance in High Noon (1952). Cooper was a silent hero and was the American ideal for his generation. Cooper played in Ernest Hemingway's A Farewell to Arms in 1932 and For Whom the Bell Tolls in 1943. In 1966 Cooper was nominated into the Hall of Great Western Performers of the National Cowboy and Western Heritage Museum. He is also pictured on a US commemorative postage stamp issued in 1990. He won Oscars for High Noon in 1952 and Sergeant York in 1941. Cooper was voted the 18th greatest movie star of all time by Entertainment Weekly. Cooper starred in 82 films; only 16 were filmed in color. His final movie was The Naked Edge in 1961.

Name: Henry Fonda
Birth Date: May 16, 1905
Death Date: August 12, 1982
Place of Birth: Grand Island, Nebraska, USA
Place of Death: Los Angeles, California, USA
Nationality: American
Gender: Male
Occupations: actor, producer
Age at Death: 77
Cause of Death: Heart failure
Fonda began his acting career in local theater and then on Broadway. He acted in New Faces of America and The Farmer Takes a Wife. The Farmer Takes a Wife was a film in 1935 and transitioned Fonda into movies. Fonda was voted as the 10th greatest movie star of all time by Premiere Magazine and number 6 the 50 Greatest Screen Legends of the American Film Institute. Fonda's greatest roles were in The Grapes of Wrath in 1940, In Harms' Way in 1965 and in Yours, Mine and Ours in 1968. Fonda earned acclaim in The Longest Day and How the West was Won in 1964. His last great film was On Golden Pond in 1981. Fonda received the Oscar for his portrayal as a distant and brittle father.

Jack Nicholson Nicholson is famous for his acting, directing and writing. He plays challenging roles that include neurotic and psychopathic characters. He boasts of 12 Oscar nominations. He won Academy Awards for One Flew over the Cuckoo's Nest and As Good as it Gets. He received an Oscar for Terms of Endearment. Nicholson has won six Golden Globe Awards, the Kennedy Center Honor in 2001 and the American Film Institute's Lifetime Achievement Award. His films include Easy Rider, The Last Detail, Five Easy Pieces, The Shining, Wolf, A Few Good Men and The Departed. It was rumored that Nicholson would retire from acting due to memory problems, but he is carefully choosing his next parts. He has, however, decided to stop dating.

Name: Maximilien Francois Marie Isidore de Robespierre
Birth Date: May 6, 1758
Death Date: July 28, 1794
Place of Birth: Arras, France
Place of Death: Paris, France
Nationality: French
Gender: Male
Occupations: leader, political leader, lawyer
One of the most influential supports of the French Revolution plus a layer and politician, Robespierre once advocated against the death penalty and for the abolition of slavery. He was a spokesman for the poor and oppressed and an adversary of dishonest and corrupt politicians. He sealed the fate of Louis XVI with his arguments that the dethroned king was a threat of liberty and national peace. He advocated a trial for the Queen, Marie Antoinette and the imprisonment of the Dauphin. He argued for the death penalty for the King. Robespierre maintained that the Revolution and the Republic were one and the same and the Republic could be saved by its citizens and the Terror maintained the Revolution. Robespierre used the guillotine to create a republic of virtue.

Name: Salvador Dali
Birth Date: May 11, 1904
Death Date: January 23, 1989
Place of Birth: Barcelona, Spain
Place of Death: Figueras, Spain
Nationality: Spanish
Gender: Male
Occupations: painter, artist
Age at Death: 84
Cause of Death: Heart failure
The best known work from Salvador Dali is The Persistence of Memory done in 1931. Dali also worked in film sculpture, photography and collaborated with many artists in different types of media. He loved everything that was gilded and excessive, luxurious and oriental. He was imaginative and indulged in unusual behaviors. During the 1950s Dali's paintings were composed of rhinoceros horn shapes. He used the DNA marker in his painting Crucifixion. He synthesized Christian beliefs with images of disintegration inspired by nuclear physics. His paintings The Madonna of Port Lligat in 1949 and Corpus Hypercubus in 1954 were testament to this eccentricity. He used symbolism in his work. His painting The Persistence of Memory suggests that time is relative. He is still an inspiration for modern artists.

Name: Sugar Ray Robinson
Variant Name: Walker Smith, Jr.
Birth Date: May 3, 1921
Death Date: April 12, 1989
Place of Birth: Detroit, Michigan, United States of America
Place of Death: Culver City, California, United States of America
Nationality: American
Ethnicity: African American
Gender: Male
Occupations: boxer
Age at Death: 67
Cause of Death: Alzheimer's disease
Named as the greatest boxer of all time, Sugar Ray Robinson boxed in the welterweight and middleweight categories. Robinson was inducted into the International Boxing Hall of Fame in 1990. His fighting scores were 85-0 as an amateur and 69 of those victories were knockouts. At the age of 19 he was a professional and by 1951 his records of 128-1-2 with 84 knockouts were unprecedented. He had a 91 fight unbeaten streak. He held the welterweight title from 1946 to 1951. Robinson left boxing in 1952, but came back two years later to recover the middleweight title. Robinson was the first boxer to win five world championships. He was fighter of the year in 1942 and in 1951. He is the instigator of the sport entourage.