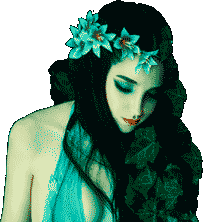 Name: Jesse Woodson James
Birth Date: September 5, 1847
Death Date: April 3, 1882
Place of Birth: Kearney, Missouri, United States
Place of Death: St. Joseph, Missouri, United States
Nationality: American
Gender: Male
Occupations: outlaw
Murderer, outlaw, gang leader, bank and train robber originally from Missouri, Jesse James the most well-known member of the James-Younger Gang. James has become a legendary figure of the Wild West and often credited with being a "Robin Hood" figure. However there is no evidence of his charity. From 1966 until 1976 the James Gang successfully robbed banks and trains until a foiled robbery of a Northfield Minnesota bank resulted in death and capture of several gang members. James had a large price for capture dead or alive on his head. A member of his own gang, Robert Ford, killed James on April 3, 1882 hoping to collect the reward.

Name: Elia Kazan
Birth Date: 1909
Place of Birth: Istanbul, Turkey
Nationality: American
Gender: Male
Occupations: director, author
Age at Death: 94
One of the most celebrated directors on Broadway and in film, Elia Kazan co-founded the Actors Studio in 1947 and introduced Method acting to the stage and film as a form of self-expression. He acted in City for Conquest in 1940. He introduced James Dean and Marlon Brando to the screen and was noted for producing the best dramatic presentations from his actors. Elia Kazan has 21 actors with Oscar nominations to his credit. He directed A Streetcar Named Desire in 1951, On the Waterfront in 1954 and East of Eden in 1955. He received two Oscars for best director, garnered three Tony Awards and the Golden Globe four times. He directed films concerned with social issues of concern to him personally. In 1961 his film Splendor in the Grass was nominated for two Oscars. Kazan's last film was The Last Tycoon in 1976.

Name: Grandma Moses
Variant Name: Anna Mary Robertson
Birth Date: September 7, 1860
Death Date: December 13, 1961
Place of Birth: Greenwich, New York, United States
Place of Death: Eagle Bridge, New York, United States
Nationality: American
Gender: Female
Occupations: painter
Age at Death: 101
Anna Mary Robertson Moses is an American folk artist. She began her successful career at an advanced age of 70. Moses was featured on the cover of Life Magazine on her 100th birthday. Her paintings depicted Thanksgiving, Christmas and Mother's Day. Her paintings were so popular that exhibitions broke attendance records all around the globe. She was an inspiration for widows, retirees and housewives. Images of America's rural past painted by Grandma Moses were seen on curtains, dresses, dinnerware, instant coffee and lipstick. At 88, Moses was named "Young Woman of the Year" by Mademoiselle Magazine. Grandma Moses painted over 1600 canvasses and many of her painting were sold at $3 to $5 a piece or given as thank you gifts.

Name: Greta Garbo
Variant Name: Greta Lovisa Gustafsson
Birth Date: September 18, 1905
Death Date: April 15, 1990
Place of Birth: Stockholm, Sweden
Place of Death: New York, New York, United States
Nationality: Swiss, American
Gender: Female
Occupations: actress
Age at Death: 84
Greta Garbo was a classic star though the silent and beginning talkie film periods. She was nominated for an Oscar three times and received an honorary Oscar in 1954. She earned the New York Film Critics Circle Award for Best Actress for her performance in Anna Karenina in 1935 and Camille in 1936. She is fifth on the list of the American Film Institute's greatest female stars of all time. Anna Christie was Garbo's first talking film (1930). Garbo was then showcased in Romance. Her performance in Camille was reputed to be her finest. She earned an Academy Award recommendation for Ninotchka in 1939. Garbo's last film was Two-Faced Women in 1941. She retired at 35, appeared in 28 films and collected art.

Name: Henry Ford, II
Birth Date: September 4, 1917
Death Date: 1987
Place of Birth: Detroit, Michigan, United States
Ford developed the Model T, the car designed to be affordable to average citizens, in 1908 and modified the assembly line that revolutionized the car industry. He manufactured millions of cars and became head of a world-famous company. Ford offered profit sharing to select employees. He funded the Ford Foundation to provide grants for education, development and research. Ford was the driving force behind the building up of America's economy during the early industrial years. He was known to be a pacifist during WWI and for his book The International Jew, an anti-Semitic writing. He was awarded Nazi Germany's Grand Cross of the German Eagle, the Franklin Institute's Elliott Cresson Medal and a United States postal stamp was circulated in his honor.

Name: Lauren Bacall
Born: 16/09/1924
Birth Place: New York, USA
Born with a husky voice and sultry looks, Lauren Bacall is a stage and film actress plus a model. She was the leading lady in To Have and Have Not in 1944 and continued appearing in The Big Sleep in 1946, Dark Passage in 1947 and Key Largo in 1948. She was in the comedy How to Marry a Millionaire in 1953 and Designing Women in 1957. She earned Tony awards for Applause in 1970 and Woman of the Year in 1981. She won a Golden Globe for The Mirror Has Two Faces in 1996 and was nominated for an Academy Award. She won an Academy Honorary Award in 2009. Also in 2009 Bacall played in the film The Forger and in 2013 she expressed her interest in starring in Trouble is My Business and as a voice in the film Ernest & Celestine.

Name: Leo Tolstoy
Birth Date: August 28, 1828
Death Date: November 9, 1910
Place of Birth: Tula Province, Russia
Place of Death: Astapovo, Russia
Nationality: Russian
Gender: Male
Occupations: novelist
Leo Tolstoy was the master of realism in fiction. He is reputed to be one of the world's greatest authors. Tolstoy is famous for War and Peace in 1869 and Anna Karenina in 1877. His semi-autobiographical trilogy Childhood, Boyhood and Youth from 1852-1956 as well as Sevastopol Sketches in 1855 brought him literary fame. He wrote seven novels, dozens of short stores as well as Hadji Murad, The Death of and Family Happiness which are short novellas. Tolstoy was also a social reformer and a moral thinker with extreme moralistic and acetic views. He interpreted the Sermon on the Mount which caused him to convert to a Christian anarchist, or one who fought against the norm. Tolstoy was also a pacifist.

Field: Entertainment
Date of Birth: 09/16/1927
Peter Falk is Lt. Columbo in the TV sitcom Columbo. Falk has also appeared in The Great Race, Next and The Princess Bride. He is famous for his television guest appearances. Falk was selected for an Oscar for Pocketful of Miracles and Murder, Inc.in 1961. He received the Emmy Award for Columbo for times, and received a Golden Globe Award for the same role. Falk had the ability to make you laugh or break your heart; the Brink's Job in 1978. TV Guide listed Falk as number 21 on its list of 50 Greatest TV Stars of all Time. He was an artist who exhibited his work at the Butler Institute of American Art and his memoir Just One More Thing was published in 2006.

Name: Ray Charles
Variant Name: Ray Charles Robinson
Birth Date: September 23, 1932
Place of Birth: Albany, Georgia, United States
Ethnicity: African American
Occupations: musician, pianist
Age at Death: 73
Cause of Death: Liver failure
One of the most influential pioneers in soul music, Ray Charles, fused his gospel, blues styles and rhythm into one sound. He helped to racially integrate country and pop due to his crossover sounds. Charles' music was jazz, rhythm and blues, and country. He is ranked number two on the Rolling Stone list of 100 Greatest Artists of All Time in 2008. Major hits for Charles were Georgia on My Mind, Living for the City, Busted in 1963 and Take These Chains from My Heart. He won a Grammy Award with Crying Time and had another hit with Here We Go Again. There is a star on the Hollywood Walk of Fame for Charles and is also listed in the Rock & Roll Hall of Fame. He also received the Kennedy Center Honors in 1986. He went blind due to glaucoma when he was only seven.

Name: Sophia Loren
Variant Name: Sofia Villani Scicolene
Birth Date: September 20, 1934
Place of Birth: Rome, Italy
Nationality: Italian
Gender: Female
Occupations: actress
Loren is revered as one of Italy's most honored actresses and her notable films include Houseboat, That Kind of Woman and It Started in Naples. She won an Academy Award in 1962 for her performance in Two Women. She has the most David di Donatello Awards (Italian) for Yesterday, Today and Tomorrow, Marriage Italian Style and Sunflower. Loren starred in Grumpier Old Men and Nine in her later years. She has won a Grammy Award, Golden Globes five times and a BAFTA Award. She was an Honorary Academy Award winner in 1991. Loren is famous for being in El Cid in 1961, The Millionaires in 1960 Lady L in 1965, and Arabesque in 1967. In 1972 she was in Man of La Mancha and played with Julia Roberts in 1994's Ready to Wear. She is the voice of Mama Topolino 2011's Cars 2 and is currently filming La Voce Umana.