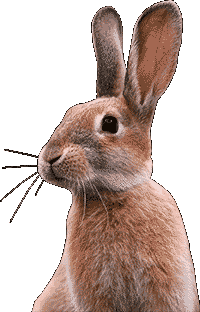 Or read general Horoscope 2023 forecast for the Rabbit Year ahead:

In accordance with the eastern astrological tradition, 2023 will protect the Black Water Rabbit. This tradition is often called the Chinese Zodiac, although in reality, unlike the European Zodiac in this system, there is no binding of the patron of the period to specific constellations.

Let's start in order - with color. Black in the esotericism of China and Japan is associated with honor and dignity. The cycles to which the black color corresponds are tough and dynamic, characterized by a multitude of events that follow one after another. This is the time of strong people, the time to become strong for those for whom there are too many doubts and insecurities. This is definitely a positive period that will continually build and develop. Nevertheless, life will be filled to the limit with phenomena and changes, most of which will turn out to feel quite natural. But there will be unexpected events among them, for which it is impossible to prepare.

The second component is the spontaneous affiliation of the cycle. The Rabbit itself is a Wood element, but in 2023 the Water will dominate. The element of Water works in harmony with the element of Wood. This is a purely material, in a certain sense, even a mundane, element that says that before you go to the stars, you need to make sure there is a solid foundation under your feet. We are talking about an ideological basis and good theoretical training. In other words, in this 2023 cycle, it is better not to take risks and not make decisions that were not objectively well thought out. All actions should be supported by an analysis and a clear understanding of the situation. Support can be expressed by friends, relatives, or colleagues, such a basis is not less important, given the contact of the Rabbit, which will be discussed below.

The water element, dominating in 2023, via the eastern tradition teaches us to never forget about where we began our journey. This includes respect for elders, love for their native land, confidence in their own forces, formed not alone, but by joint efforts of the whole family. In this sense, Chinese astrology is similar to the traditional foundations of the ancient Slavs, whose social cell was not a family at all, but a genus that included not five or seven but several hundred people who, as we have said, were considered close relatives.

The third component of 2023 is the patron of the Zodiac that actually protects it. Rabbit in the Chinese tradition is a sacred animal, a symbol of new challenges, success, and development. It's an animal that always knows exactly what it wants. It knows how to take advantage of any situation, caring for its offspring, but at the same time is characterized as a fairly naive being. That is why the cycle that the Rabbit dominates is always sincere and open. People who gravitate to trickery and deceit lose at such times, their energy level is significantly reduced, and they cannot quickly adapt to new conditions, although they should strive to do just that.

The Rabbit teaches us to find a common language with everyone in any situation. It is not necessary to bring this thesis to fanaticism, but in 2023, those who know how to (or want to learn) quickly establish strong ties who are always open for mutually beneficial cooperation, do not hold grudges, and are able to forgive. That is why 2023 will definitely become a very important period for all, without exception. This time will give new opportunities in terms of earnings, give important acquaintances, and help in self-actualization in all aspects of life.

Arians will spend 2023 in a productive and lively fashion, without discovering serious problems in any area of life. Representatives of your Zodiac sign will become confident in your tomorrow, and will stop being apprehensive about the future. However, the horoscope for 2023 warns that all of the favorable changes in your life will not start overnight. You will have to exert some effort in order to lay the favorable groundwork for them.

In 2023, Taureans' lives will change for the better in many ways. You will immediately see in front of you several attractive prospects, but you will have to settle on only one possible course of action. The congenital wisdom which all representatives of your sign are endowed with will quickly and successfully help you to overcome the matter of choosing. Then the astral path will truly begin, and you will be accompanied on it by everyone who is dear to you.

In 2023, Geminis will manage to free themselves from some of their long-standing problems. In the first half of the year it will already become clear to you that Fortune has finally remembered that you exist. Even though 2023 will be favorable and successful in all respects, it doesn't mean you won't have to work, think, run ahead, or control your behavior carefully. You will not be opposed to becoming much more serious and thorough than you used to be.

In 2023, Cancers will subject their priorities in life to a major revision. The energy of this active annual cycle will inspire you, and you will decide to renounce your philosophically contemplative attitude to life. Over the next few months, you will persistently lay down your astral path, forgetting about laziness and fatigue entirely. Such enthusiasm will help you to change many things in your fate for the better, and the results will definitely be to your liking.

In 2023, Leos will receive additional bonuses from the planets who are the patrons of this sign. The Sun and Mars will illuminate your life, and their guardianship will help you to achieve major successes in any area you choose. You just need to want to turn your brightest dreams into a reality.

In 2023, Virgos will have to reassess this world and think about their own purpose. Representatives of your sign hardly ever think about the primary meaning of their existence, but in the coming months, life itself will force you to philosophize. When you encounter a number of minor problems which knock you off balance, you will start to look for a new path which will lead you to true happiness.

On the whole, for Libras 2023 will have a positive color, but for all its positivity it won't be a particularly productive period. All of the positivity prepared for your sign will be allocated exclusively to matters which are not fateful in nature. Thus you will have an unforgettable time with your best friends, and thanks to a proper change, you will significantly improve your image. If you are single, you will find a proper way to approach members of the opposite sex. Other aspects of existence (family, work, finances) are not expected to change much in 2023, which is also positive to some degree.

Scorpios will encounter 2023 in a state of emotional upliftment, and go through the year clearly realizing that the time has come for them to achieve great things. Throughout the upcoming months you will demonstrate everything your powerful character is capable of. You will have weeks of mad rushes without a single day off, and periods of intense labor for the benefit of one of your loved ones. On the whole, this will be a difficult period for you, but it will bring about colossal results.

In 2023, Sagittarius will discover facets of themselves which have been dormant in the past for certain reasons. This could be a creativity which will arise in all aspects of your existence, becoming something like air and food for you. As soon as you let creativity into your life, many things around you will change. Firstly, you will completely change your circle of friends, becoming friends with colorful, creative and original people. Secondly, it will become clear to you that it's not a stuffed wallet which gives incomparable satisfaction, but something else (which can't be measured in money).

Capricorns will have peace and comfort in 2023. The energy of this annual cycle will correspond completely to your own sense of peace. You will have the opportunity to drift leisurely wherever you want to go, without worrying that your castle will be toppled by storms. There won't be any such storms in your life, except perhaps in your inner world. There is a risk that at some moment you will decide to rebel against yourself, calling to mind all your previous mistakes. You can nip this excessive self-criticism in the bud by calling to mind not only your failures, but also your grand victories.

In 2023, Aquarians will see before themselves a multitude of tempting prospects. This abundance could make you feel out of your depth. When choosing only the right path, take into account all the finer details (including important things like emotional comfort and your movement in various areas). Representatives of your sign are accustomed to living not according to reason, but according to emotions. If your reason insists on one thing, but your emotions on the opposite, you will still have to find a compromise which satisfies them both.

Pisces will spend 2023 wallowing in everything the stars give in abundance. Out of all the representatives of the Zodiac circle, it is you who will become one of those lucky people before whom no doors are closed, and whose wishes come to life. The only time you will have to strain yourself and experience discomfort could be when you have to choose new priorities in life. In principle this shouldn't actually cause you discomfort, since whatever you choose, you can still expect success.

More about the year of the Rabbit, Chinese Horoscopes 2023, and astrology forecasts for the 2023 year of Rabbit:

The year of the Rabbit 2023 Water Rabbit personality Horoscope

More Horoscopes 2023 by spheres of interest: