For a Dragon horoscope for the 2010 year of Tiger will make quite an alarming and strained time, since you will face unexpected rivals. Besides, many Dragons this 2010 year will possibly be involved in the conflicts of two opposing parties and will be forced to make a choice, which can cause freedom-loving Dragons a number of problems. This process will be especially intense in the first half of 2010 year of the white Tiger, and the second part of the 2010 year of Tiger is rather dangerous for Dragons because of the intrigues, unexpected developments, and the situation may be complicated by serious illnesses of close people or relatives. 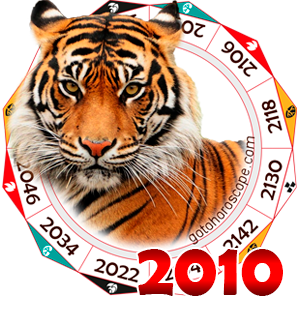