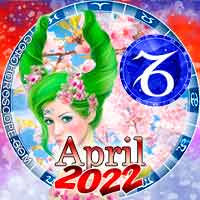 Capricorn had a rough early year, but now that we're changing into the first Cardinal sign since last Capricorn season, we're ready to start anew and make a change.

The New Moon this month happens in your 4th house of the family and home life. This could mean that many of you will be changing homes, some even moving far away to a different state or out of the country, considering the presence of Mercury in the 4th house on that same day. They're the planet responsible for travel in your chart, and this could pose a significant change for you. Conversely, since the Sun often represents the father or father figures, there's also a chance that your father could be the one making a move or going on some sort of mid-life adventuring. Whatever the case may be, this transit is sure to fuel your heart with some inspiration to go out and have some fun out in the world.

However, you should keep that inspiration within a budget since Saturn and Mars are going to conjoin just a few days after in your 2nd house of finances. This is quite an uncomfortable transit, and it can represent budget cuts and separation from material things that you grew attached to, but that may not ultimately be necessary. This is not a reason to get stressed, but try to avoid unnecessary purchases.

However, even though the finances might be rough, your ability to tend to your daily tasks seems like it remains intact. This is because just as this whole ordeal happens between Saturn and Mars, you have Venus joining Jupiter in your 3rd house. The Venus - Jupiter combo couldn't be more different from Mars and Saturn. These are the two luckiest planets in all of astrology, so it definitely shows where you should put your focus on. This transit screams: stick to the plan, don't go doing anything reckless.

The 3rd house is the place where all the familiar things in life stay. It's no wonder it's the house that deals with fraternal figures since your siblings were the first people you got to know on a friendship level. With that said, your siblings (or friends who are like siblings) might even help you out financially if you feel like you need it. So whether you've crafted a plan (and, of course, you did, you're a Capricorn) or you get lost and don't know what to do, the help will be there.

Your work might also promise to be a huge asset this month. With the Full Moon happening in your 10th house and being ruled by Venus herself, you could be getting a better job or a better position even at around this time. Since Venus is in that 3rd house of siblings and friends, you could even start working with these characters in your life. It might feel a little bit disheartening at first since we can't ignore the financial drain that Saturn and Mars can pose, but the Universe's got your back. Even if you're making enough to just get by, remember this is still the first Cardinal season of the year. Things are just now beginning. In no time, things will start to pick up again.

To end on a rather positive note, we have a trine between Pluto and Mercury on the 28th, just a few days before the peak of the Venus and Jupiter conjunction on the 30th. This trine connects the themes of the 5th house (love, pleasure and excitement) with your 1st house of the self. While the obvious interpretation would be parties, Mercury in the 5th house enjoys life differently. There's something very intellectual and down-to-earth about this transit. The kind of love and pleasure this transit could be speaking of then is the love we have for the things we create. This might be the perfect time to bring a passion project to fruition, especially since Venus can provide you with solid friendships to collaborate with. While this is a relatively quick transit only lasting about a day, the intensity Pluto brings could point to the spark of an idea that is quick but leaves a mark. You may not see the end of whatever you initiate during this transit right away. Still, if you stick to it closer to August when Mercury makes its second trine with Pluto, you could be closer to making something more definitive. You might look into teaching or travelling for work.

April is bombastic, and it smells like fresh air. Still, as much as there's action everywhere you look, you still need the earthy patience inherent to Capricorn to see the results of a long journey. Something's getting started in April, but your ability to stick with it defines it.