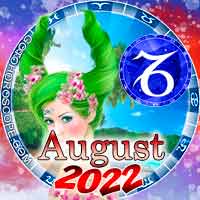 Let's get to it you beautiful sea-goat. This month in the wild wild astrology west: Venus joins the Sun in your 8th house while the Full Moon joins Saturn in your 2nd house. This starts a "who's the top gun" stand-off. Mars in your 5th house lends Mercury in the 9th some extra power while Mercury, in turn, trines your ascendant giving you some extra focus. Late in the month, Mars enters your 6th house of health, pets and routines denoting perhaps you working extra hard. Lastly, the new moon starts a new cycle in your 9th house. That's a whole lot of emphasis on 9th house themes, right?

Let's dive into how the stars are trying to expand your proverbial (and maybe literal) horizons.

Give in to the dark side, I heard they have cookies…

I'm sure you've noticed but the earth element in your chart occupies your first, fifth and ninth houses. This month we got a lot of action (suggestive eyebrow raise).

Let's start with Mars: So, we know Mars is the planet of separation and war but did you know he is also the planet of sex? Because he's a planet of action, he tells us off when we might feel the very human need to colloquially "do it". Just as last month, he's still transiting the fifth house - the house of romance, sex, and creativity. The change here is on August 12th when Venus enters your 8th house putting Mars in a superior square. This means he's, in a way, controlling her. Since she's in the 8th house co-present with the Sun things might get a little hot. You might get the need to text an old flame or start a new one. And hey, when you need it you need it!

This placement could also mean you get the itch to indulge in mysterious and "dark" things. True crime, horror movies, dark art, things of that sort. I mention this because I want you to be prepared and not feel any shame; as a Saturn baby, you might have a tendency to shut that part of yourself out, but I'm reminding you it's okay to feel and explore new things.

Next are Mercury and Mars. Mercury will be in their sign of exaltation in your 9th house for the majority of the month. As I mentioned before, Mars will trine Mercury which will lend Merky Merk some extra focus and force. If "le sexe" is not your 5th house topic of choice, then use that energy to learn a new fun activity! The combination of the 9th and 5th is actually cool for "knowledge" related things. If you've been thinking of signing up for a class, reading that "crochet for beginners" book, or finally learning how to make a TikTok this is the time to do it.

Later in the month, Mars ingresses into your 6th house where he is extra-martial; he will also be ruled by a nitpicky Mercury so things could get overwhelming. This is especially true if you're born at night. You might find yourself picking up an extra shift, having extra-long commutes, experiencing road rage or your pet might need extra attention. It's important for you to take time for yourself, especially because Saturnian babes tend to be a bit more on the anxious side (Saturn ruling anxiety and all). So take deep breaths and practice your most reliable grounding techniques when you need to. The most important task of the month is making sure YOU are good.

The most wanted starring Venus *Cue the western film music*

Perhaps I took the cowboy theme a bit far, but I hope it helps to remember that opposition is basically a power struggle between planets. If you were born in the day, this might feel a little rough right up until Venus' ingress into your 8th house on August 10th. Especially with your benefic Jupiter retrograde for the next few months. Due to the retrograde 3rd, 4th, and 12th house matters might come about slowly. Matters related to siblings, communication, home matters, other people's money, loans, mental health and isolation don't get the full support and affirmation of Mr. Jupes but Venus does her absolute best, pulling an Oprah (you get gifts, you get gifts, everyone gets gifts!)

The Sun and Saturn are neither good nor bad in the houses they're transiting, but since the opposition involves money, it might not feel like the best transit. Venus in the mix will alleviate some of the tension and she'll even support that Full Moon on August 11th!

I know we are used to thinking of the full moon as the Harvest moon, but in Greek mythology, she's very much tied to the goddess of the hunt Artemis. Artemis was able to capture the wildest of beasts during the night thanks to the nightly stillness and the brightness of the moon; this is where the Full Moon gets its ties to bringing secrets to light and "illuminating" our thoughts. Perhaps this will be a time when you get financial advice or you're able to muster up a plan to get you through the next retrograde months.

August 26th we get the New Moon in your 9th house. This lunation marks the beginning of the 6th house journey Mars embarks on, as he will be here until the end of March 2023. If you were born at night and are 17, 29, 41, 53 or 65 years old, I'd like to invite you to pay very close attention to what happens the day before, the day of & the day after the new moon. Saturn and Mars will be trine and although malefics can do no harm with this configuration, you'll be especially susceptible to this transit. The new moon could unlock the key to see what 6th house topics will be more prevalent for the rest of your Mars transit.

My dear Capricorn, more than anything I wish and hope that you listen to me. Your wants and needs matter, even the ones that have no relation to work and structure. Have fun, be a little wild, be free. Be sure to collect Venus gifts and save them up if you can, to use during the Jupiter retrograde. Enjoy yourself above all. Until next month!