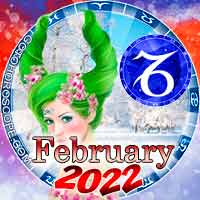 2022 started by giving Capricorns quite a bad first impression with both Venus and Mercury retrograde in your 1st house. The 1st house is the house of self and spirit, so these likely really hit home. You might've even begun to distance yourself a bit from your friends and loved ones due to the overwhelming nature of this astrological event. While February 2022 still holds some of this tension, this month is the decline of such instability. There are still a few things that need to be figured out, but at least there won't be any significant retrogrades like there were in January. With that said, this month's theme for all the Capricorns out there is a recomposition of self. And, who knows, maybe you'll even feel a little more social again by the end of the month.

Right away, the month starts with Mercury stationing direct on February 3rd. This marks the end of Mercury's retrograde phase allowing you to express yourself much better. Up until this point, you might've felt challenged when it comes to communicating your thoughts and ideas, especially if you're a day-born Capricorn. If you've had any unpleasant conversations or arguments resulting from misunderstandings in January, this could be a good time to revisit them. You'll likely do a better job at communicating your true intentions, especially considering you've had the time to think things through. Many think Mercury retrogrades are just about challenges to speech, but they can also be indispensable, inviting us to think deeper about what we want the world to hear from us. Now that you had the time to ponder, you have to let all of it out.

Now, the subsequent delineation might be a little scary to some, but don't let it startle you. The information ahead is supposed to help you take precautionary measures, not fall into despair. With that said, if you are a diurnal Capricorn, you may want to take a little extra care when doing martial activities, such as physical labour and working out, since Mars (the challenging planet for people born in the day) is notorious for being the planet of cuts, accidents, and bruises and he's in your 1st house that often symbolizes the body. The chance for accidents is higher than usual during this planet's transit through Capricorn (it lasts until March 6th). This is especially true if you're also 24, 36, 48, or 60. This is not majorly worrying, for there are quite a few mitigating factors a play, but it's always best to be careful.

However, this transit is significantly modified if you are a nocturnal Capricorn. Since Mars prefers the night, and Capricorn is a sign where Mars does exceptionally well, you might likely get on the good sign of this sometimes scary warrior. You might find that you have a higher drive and motivation to achieve your goals. Though, be careful not to push yourself past your limit.

Further down the month, contrasting the Mars transit, the Full Moon in Leo might prove that there is some good news for those of you who were born in the morning. This is mainly attributed to Saturn's opposing this lunation, as this stern celestial father is known to cause more trouble for people born at night. While the nocturnal natives might want to be a little more frugal with the way you spend around the 16th as there will likely be some bills and debt that needs to be cleared, the diurnal natives may actually gain some shared resources from prominent figures in their field, or from their romantic partners. This lunation can be pretty decent for business matters, especially since Mercury, the planet of business itself, will also be in your 2nd house along with Saturn and the Sun. With that said, when it comes to Saturn, you can rest assured that things might take some time, so don't get discouraged if you only see the promise of gain around that time and no tangible results. They will eventually come around.

Keeping up with the business theme, Mercury and Uranus will square each other a little later in the month. This transit can be very generative as it involves both your house of finances and the house of creativity and joy. Uranus' involvement can definitely spice things up as it transits through your 5th house. This could symbolize a sudden opportunity to work on a creative project that you wanted to for a while but didn't have the resources to make it realized. Conversely, the 5th house also deals with the theme of children, which could mean that either change to your offspring's life turns into personal profit somehow or that this creative project has youth as a target audience. With Uranus, you can always expect the unexpected.

With all of that said, February 2022 is a month that will leave many with mixed feelings. If things get a little shaky, know that the rest of the year looks considerably better, despite the rough start. Best of luck with your endeavours, Capricorn!