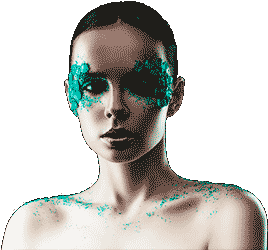 Considered as one of the greatest American Presidents to ever live, Abraham Lincoln was the 16th President and served from March 1861 to his assassination in April 1865. He preserved the union, strengthened the federal government and abolished slavery. Lincoln was an accomplished lawyer in Illinois and a state legislator. He promoted modernization of canals, railroad, banks and tariffs. He resisted the expansion of slavery which lost him the U.S. Senate race. He was elected president in 1860 which brought about Civil War. He is famous for his Gettysburg Address of 1863 and his moderate view of reconstruction. He was assassinated six days after the surrender of the South to the North.

Name: Charles Robert Darwin
Birth Date: February 12, 1809
Death Date: April 19, 1882
Place of Birth: Shrewsbury, England
Place of Death: England
Nationality: English
Gender: Male
Occupations: naturalist
Darwin theorized that all life came from one common ancestor. Darwin introduced his theory of evolution stating life started from natural selection or the struggle for existence is involved in selective breeding. In 1859 Darwin published On the Origin of Species that was contrary to the traditionally held theory or transmutation of the species. Darwin's scientific discoveries are the theories of life sciences and explain why life is so diverse. He furthered his theories in The Descent of Man, and Selection in Relations to Sex and then The Expressions of the Emotions in Man and Animals. He researched plants, published a series of plant books and his final book was his examination of earthworms and their effect on the soil. Darwin experimented with natural selection by selective breeding of plants and animals and discovered theories that the species were not fixed. For fifteen years natural selection was part of his life. He also wrote on geology and published scientific reports.

Name: Francis Bacon
Birth Date: October 28, 1909
Death Date: April 28, 1992
Place of Birth: Dublin, Ireland
Place of Death: Madrid, Spain
Nationality: English
Gender: Male
Occupations: painter, artist
The creator of empiricism or the theory that knowledge comes from sensory experiences, Francis Bacon was also a philosopher, statesman, jurist, orator, author and scientist. He was the Attorney General and Lord Chancellor of England. He espoused a planned procedure for investigating all natural things which is still used in methodologies. He was knighted in 1603 but passed away without leaving heirs. His death came from contracting pneumonia while he was studying the effects of freezing meat. Bacon's fame came from his scientific works or theories for knowledge reform. Religious and literary works where he presents his philosophies and theological meditations. Juridical work where Bacon proposed reforms to English law.

Name: Paul Newman
Birth Date: January 26, 1925
Place of Birth: Cleveland, Ohio, United States
Nationality: American
Gender: Male
Occupations: actor, humanitarian
His acting has won him eight Academy Award nominations, one Oscar for The Color of Money, a BAFTA Award, Cannes Film Festival Award, Screen Actors Guild Award, six golden Globe Awards and an Emmy Award. He is an actor, director, humanitarian, professional race car driver and owner and entrepreneur. Newman is the founder of Newman's Own, a food company that donates all post-tax profits to charity. He founded SeriousFun Children's Network that provides camp opportunities for serious ill children. Newman has won national championships as a race car driver. His films include Somebody Up There Likes Me in 1956, The Long, Hot Summer in 1958, The Left Handed Gun in 1958, Hud in 1963, Butch Cassidy and the Sundance Kid in 1969, The Sting in 1972, The Color of Money in 1986, Road to Perdition in 2002, and his last role was as a narrator of The Meerkats in 2008.

Name: James Dean
Birth Date: February 8, 1931
Death Date: September 30, 1955
Place of Birth: Marion, Indiana, United States
Place of Death: Paso Robles, California, United States
Nationality: American
Gender: Male
Occupations: actor
Age at Death: 24
Cause of Death: Car accident
James Dean is the epitome of teenage rebels. He is a cultural icon as portrayed in Rebel without a Cause in 1955. He was also in East of Eden in 1955 and Jett Rink in Giant in 1956. Dean was awarded a retrospective Academy Award nomination and has been listed as one of the best male movie stars (#18) on the American Film Institute's 100 Stars register. Dean died in a car crash that involved his Porsche 550 Spyder and a Ford coupe. The two collided head on at a high rate of speed. James Dean died on the way to the hospital. Dean is still held up as an example for disenfranchised teens.

Name: Jules Verne
Birth Date: February 8, 1828
Death Date: March 24, 1905
Place of Birth: Nantes, France
Place of Death: Amiens, France
Nationality: French
Gender: Male
Occupations: novelist, writer
An author, poet and playwright who influenced the genre of science fiction plus adventure, Jules Verne is famous for his Voyages Extraordinaires which in turn lead to his adventure novels Twenty Thousand Leagues Under the Sea and Around in Eighty Days and Journey to the Center of the World. Verne is one of the most translated authors in the world and is known as the Father of Science Fiction. Verne wrote poems, song texts, operetta libretti, short stories as well as non-fiction. He is also famous for From the Earth to the Moon, The Mysterious Island, Master of the World and Off on a Comet. Verne has an impact crater on the far side of the Moon named in his honor.

Name: Lewis Carroll
Variant Name: Charles L. Dodgson
Birth Date: January 27, 1832
Death Date: January 14, 1898
Place of Birth: England
Place of Death: England
Nationality: English
Gender: Male
Occupations: cleric, author, mathematician
The writer of Alice's Adventures in Wonderland and Through the Looking-Glass as well as Jabberwocky and The Hunting of the Snark poems is Lewis Carroll. Carroll is noted for his word play and fantasy. He is also is gifted in mathematical logic, literary nonsense, linear algebra and voting theories. Carroll's Alice series was spurred on a story telling rowing trip with the Liddell children. Alice Liddell urged Carroll to write down his stories and he presented her with an illustrated manuscript titled Alice's Adventures Under Ground in 1864. Several years later, Carroll wrote two volumes that satirized English Society and academia, Sylvie and Bruno in 1895. He began a photography career in 1856 and created almost 3,000 images. Carroll published geometry, linear and matrix algebra, mathematical logic and recreational mathematics in over a dozen volumes under his real name, Charles Lutwidge Dodgson.

Name: Mia Farrow
Born: 09/02/1945
Place of Birth: California, USA
Field: Entertainment
Farrow's acting in Rosemary's Baby in 1968 garnered her with a BAFTA award nomination and a Golden Globe. She then appeared in John and Mary in 1969, Follow Me! in 1972, The Great Gatsby in 1974 and Death on the Nile in 1978. Farrow is famous for her short-lived marriage to Frank Sinatra and her relationship with Woody Allen. Farrow appeared in twelve of Allen's films including Broadway Danny Rose in 1984, The Purple Rose of Cairo in 1985, Hannah and Her Sisters in 1968, The Omen in 2006, Be Kind Rewind in 2008 and Dark Horse in 2011. Farrow has acted in more than fifty films and is also known for her volunteer work as a UNICEF Goodwill Ambassador. In 2008 Farrow was named as one of the most influential people in the world.

Name: Norman Kingsley Mailer
Birth Date: 1923
Place of Birth: Long Branch, New Jersey, United States
Nationality: American
Gender: Male
Occupations: author, director
The Naked and the Dead published in 1948 is the first novel by Norman Mailer, novelist, journalist, playwright, film maker, actor and political candidate. He wrote The Executioner's Song in 1979 and won a Pulitzer Prize for this novel. His book Armies of the Night garnered the National Book Award. Mailer innovated creative nonfiction or New Journalism which uses literary fiction injected into fact-based journalism. Mailer used his novels, essays, and media appearances to promote his cultural comments and critics. He helped found The Village Voice, a political and arty weekly newspaper. Mailer wrote a biography of Marilyn Monroe in 1973 that promoted the idea that Monroe was murdered by the FBI and CIA. The book was highly successful but controversial. Mailer wrote the Castle in the Forest in 2007, The Gospel According to the Son in 1997, and non-fiction Of a Fire on the Moon in 1970.

Name: Oprah Gail Winfrey
Birth Date: January 29, 1954
Place of Birth: Kosciusko, Mississippi, United States
Nationality: American
Ethnicity: African American
Gender: Female
Occupations: television host, actress
One of the richest women in the world, Oprah Winfrey is an actress, talk show host, producer, philanthropist and media proprietor. She is famous for The Oprah Winfrey Show an award-winning talk show. Oprah has been titled the most influential woman in the world. In 2013 Winfrey was given the Presidential Medal of Freedom and she also received a symbolic doctorate degree from Harvard University. Winfrey is the instigator of a more intimate and almost confessional talk-show format. She focused on literature, self-improvement and spirituality in her shows. Winfrey acted in The Color Purple, Beloved, and provided voice acting in Charlotte's Web, Bee Movie and The Princess and the Frog in 2010. Winfrey has a magazine entitled O, the Oprah Magazine. In 2013 Winfrey starred in The Butler a film nominated for over 10 Academy Awards.