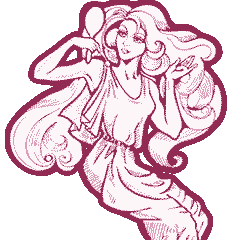 December is characterized by a Venus and Pluto conjunction happening in Capricorn. This intensifies our passions and creates a strong bond between our desires and our will. This transit is happening in your 5th house, which could indicate a need for party, extravagance and sensuality. Though this transit couldn't be more exciting for you, you'll need to make a real effort to not get yourself into any trouble. Pluto can make us obsessive, especially when combining with Venus. The influence of Capricorn in this transit can also add to that, making you somewhat one-track-minded. Be willing to change course when necessary, and you'll be able to use these energies without having to deal with any side-effects. Be mindful that not all that shines is gold, some of it is just glitter.

This month, the New Moon and Solar Eclipse in Sagittarius will be closely conjunct with Mercury, who's been transiting your 4th house. The focus of this lunar cycle is on your family and home life. Mercury's presence in this lunation can cause some changes to your immediate environment, especially under the influence of the mutable fire sign. Anything from a fullfledged home renovation to just rearranging things around the house can be expected this month. Since Sagittarius is also ruled by Jupiter, there are good chances of positive and long-term changes. On the other hand, this transit could manifest in a more metaphorical light, bringing readjustments to your life philosophy and understanding of your concept of comfort and familial bonds.

Mars has been quite the astrological popstar this year, and the last month of the year does not come without a good dose of martian energy. The red planet will have two significant transits back-to-back as it squares with Jupiter in your 6th house and then progresses to go conjunct with the South Node in your 4th house.

The Mars-Jupiter square manifests an overpowering sense of energy and vigour. This is happening between your 3rd and 6th house, bringing study, communication, and discipline themes to the month's forefront. There's a strong chance to find new interests and become obsessed with learning everything about it. Jupiter's influence in your 6th house will allow for an open-minded attitude towards laborious tasks. You'll be able to see the big picture clearly, making your goals seem closer to you than they usually feel. With all the learning, though, you have to watch out for being too opinionated. We tend to become entitled to the new information we uncover, which can make us seem snobbish in the way we carry ourselves. Know that your efforts will bear fruit, but be careful with feeling like you know everything there is to know about your endeavours. There is no end to how much we can learn.

After Mars is done with his business with Jupiter, the red planet will move into Sagittarius, consequently cojoining the South Node, Ketu. Whatever comes within Ketu's grasp gets diminished, and Mars' anger is not exempt from that effect. This is good news for the holiday season as this transit is happening in your 4th house of home and family. You can expect a calmer than usual holiday season, making it considerably easier to relax and reflect on the year that's about to end. Ketu also ruling the past transmutes Mars' drive towards destruction into a movement towards resolve. Any past wounds could come up at this time. While this may seem contradictory to a calmer holiday season, it's this same serenity that will allow for the eradication of these unpleasant emotions for good.

Moving along, Saturn and Uranus will be making their last square of the year. This transit is happening between your 6th and 9th house. Since Mars is busy getting involved with Ketu, his influence won't be present in this last Saturn-Uranus interaction making Uranu's rebellions and sudden upheavals somewhat less dramatic. This is the beginning of the resolve of many challenges you had to face this year regarding your work and idea of purpose. The struggle between wanting to do and be a billion things at once and sticking to one thing may show up again for one last time before the end of the year. The important thing you need to know to get through this transit is that this incessant testing of waters broadens your horizons more than it hinders you. It's time to open the way for uncertainty and allow for some trial and error. Every transit is temporary.

The Full Moon in Gemini may bring you just the inclination towards experimentation that you need. Gemini, as a double-bodied sign, is unafraid of being a multitude of things at once. Especially since this is happening in your 10th house, you can be ready for some of the year's earlier trials to begin to make more sense. It's time to embrace your versatility and be grateful for your complex skillset. Since his Moon is also ruled by the planet of commerce himself (Mercury), you can also expect some bonuses, perks or a general change of pace at work.

Ending a challenging year on a good note, Jupiter finally ingresses into his own sign: Pisces. This transit has been long-awaited by astrologers and astrology nerds as it's an almost year-long transit that brings luck and prosperity to whatever area it shows up in your chart. This is happening in your 7th house of intimate relationships. This is an especially beneficial transit for the couples who have been trying to get pregnant, singles who have been trying to find a partner, or even for general ease in intimacy and affection. 2022 took a long time to get here, and it's already promising better things.