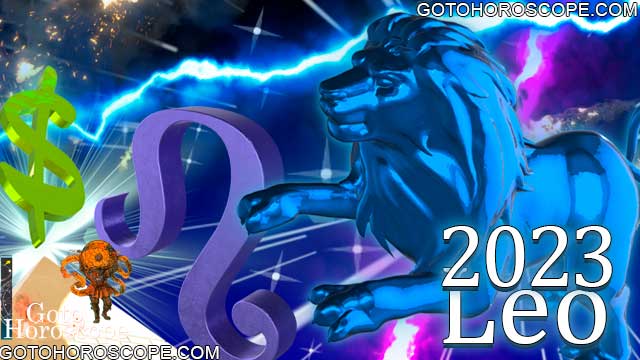 2023 is quite the year for Leo. Especially when it comes to finances, you're likely anxiously waiting for a change that is quite frankly overdue. Leo, along with all other fixed signs, had to work hard through the problematic Saturn transits that have befallen such nativities for the past few years. Still, now that the ringed planet is moving along to deliver important lessons to the mutable signs, you're in for a bit of a break.

On the other hand, Saturn is still far from the energy that should be understated. This is because, even if the planet is not directly targetting your sign, Leo's 2nd house is a rather mutable place, making Saturn relatively active in that area.

Though that might sound a bit disheartening, the effects of this transit cannot be compared to the last few years. If anything, now the challenge will be dealing with some of the consequences of the events in 2021-2022.

When Saturn changes houses on the 7th of March of this year, it goes from Leo's 7th house of partnerships to the 8th house of debt and shared resources. So in many ways, Saturn in this place doesn't necessarily target your money, per se, but the money and resources of those around you. Some whom you might even rely on, which can bring quite a significant shift in dynamics.

Especially for those of you who are in longstanding relationships, transits to the 8th house such as these can often target your partner's job or livelihood. Especially if they're the primary source of income in the household, the chances are that you'll have to be the one taking charge of finances moving forward.

When Saturn was transiting through Leo's 7th house, many have also left relationships behind, which can also be an alternate version of this transit. Maybe the task for this new 2.5 years long Saturn cycle will be to learn how to run solo and not have a partner to lean on when you make any financial mistakes or simply need some extra cash.

Because Saturn is usually a planet that brings restrictions to a particular house in our chart, whether by transit or natally, the main thing here is that it's time for you to take charge of your bank account, so your focus this year shouldn't really be on earning but on getting rid of debt in any way, shape or form.

Though, this year is not just all bad news.

Whenever we have a retrograde, it means that a planet stays extra long in a particular house in our charts. The reason why that's such a big deal for you, specifically, is that Mercury is actually said to be exalted in Leo's second house, meaning that the planet of business and commerce will be fully potent, despite their backwards motion.

This window of time that ends on the 15th of September can be perfect for clearing out debt and learning some financial independence. You can expect your mistakes to be much more apparent for you to see, allowing you to make any adjustments necessary to move forward.

Additionally, after Mercury goes back to moving forward, it will still continue to transit your 2nd house until the 5th of October. This period after the retrograde should be when you aim to sign any new contracts that might need to occur or even hire an accountant to help you get your life straightened up. This transit is significant if you are 25, 37, 49 and 61.

Even if 2023 might not be the biggest financial breakthrough, it indeed is a significant step towards it. This year is a time for learning how to be better with money, without the considerable mood swings that fate seemed to be going through the last 2 years. Even if Saturn moving signs means that there are another 2 years of setting a foundation for you to get back on your feet, after it's all in motion, nothing will be able to knock you down again. Saturn is a slow teacher, so be patient, and eventually, the main point of this lesson will be elucidated. Good luck, Leo.