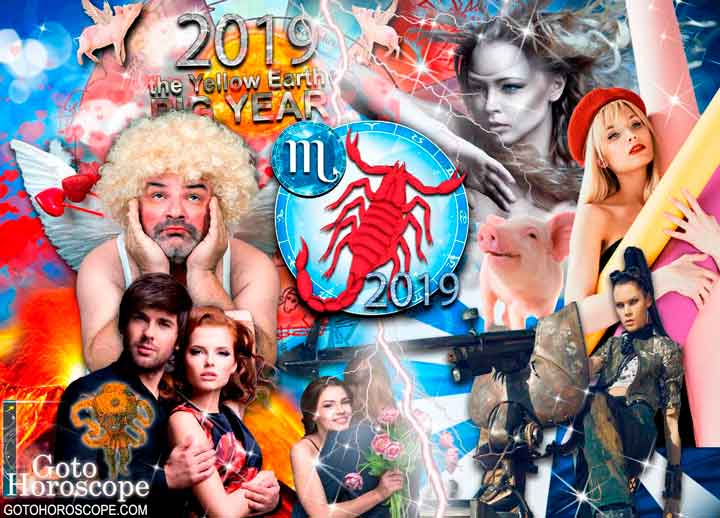 ... The Sun and Mars will determine the development of all events in 2019. However, the stabilizing base made from Water's and Earth's harmonic union will make its contribution. This kind of combination will allow freedom of decision-making and self-reliance.

As for the energy of Mars, it will be somewhat transformed because of the limitations imposed on this warrior planet by its location on the heavenly band. Your control planet, dear Scorpio, will lose aggression and his radical attitude in doing things, but will continue exerting pressure in trying to deal with any type of issue. Prepare for the fact that you will resolve the problems almost right away without giving yourself any time for decision making. You should not leave anything unfinished in 2019, which is why you should plan everything within a limited amount of time. If you are engaged in some long-term project, something like, for example, getting another degree, your goals and objectives should be defined according to the specifics of the period. Don't take on a highly theorized thesis topic, but rather make it realistic and applicable. Later you can take this realistic applicability and define your prospective future.

However, work and study related events will be inferior - the main events will take place in the sphere of your personal relations. This is where all of the fun and interesting things will occur. Keep in mind, dear Scorpio, you will find yourself in a zone of elevated attention and interest expressed by representatives of the opposite sex. This promises a lot of benefits and pleasant moments, including the ones happening in the field of business interests. However, if you already have a permanent partner and you value that relationship, you will have to make many efforts to ensure that extraneous contacts do not interfere in any way. Be cautious, and maintain the straight and narrow. 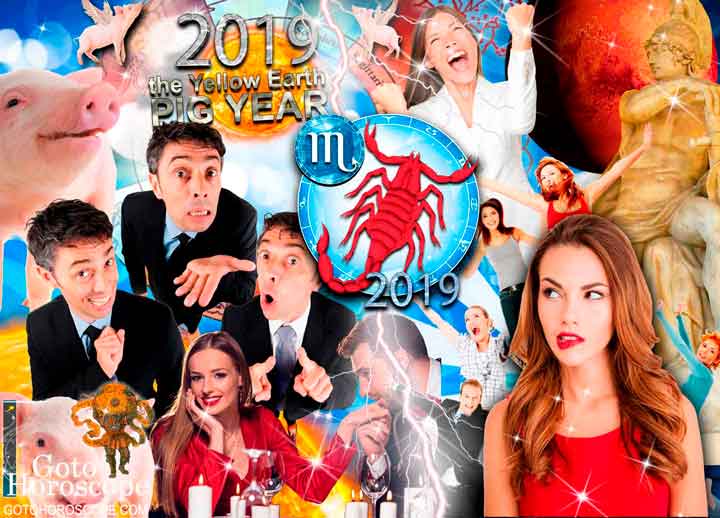 Representatives of the Zodiac sign Scorpio will be able to achieve positive changes within the professional sphere in 2019. Actively use the new contacts and recent changes that took place in your previous alliances. If you own your own business, there is a chance to expand due to a more profitable location of the enterprise. If you work for a company, you can demand and be rewarded a salary increase. The main thing in this situation is not to take the position of a petitioner; stay confident and everything else will be done through the pressure and persistence supplied to you by Mars. Though there is one little condition: there should be something about you and your business that will make those changes possible. For example, a successful transaction, positive feedback from customers or partners - something that would indicate your high professionalism.

In general, everything will work out for Scorpios if you take the lead in any process. Even if in the end you have to involve other participants in whatever you are doing, try not to give up leadership positions. Be prepared for the fact that sometimes emotions will prevail over common sense and vice versa, where you have to listen to the heart, and quiet your mind. This is all due to the intrigues of the Moon and Mercury. Both of them are in a depressed state and may easily create a backdrop of negative energy. Keep in mind that the situations formed by them will be sporadic, and you will be able to correct the quarrels or sudden conflicts. 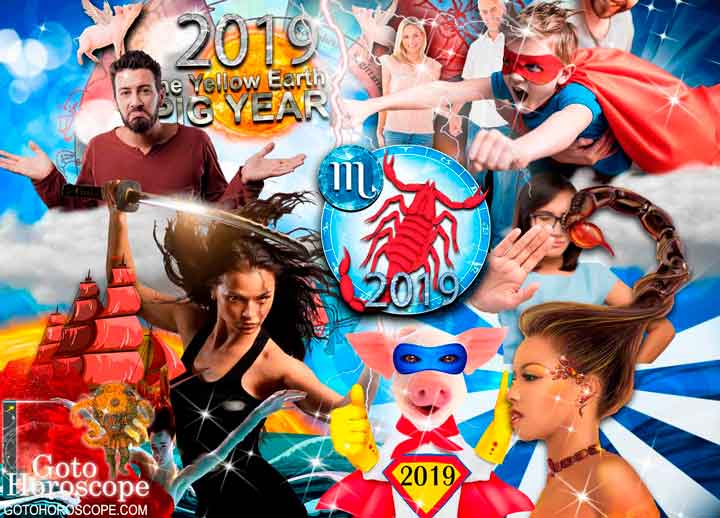 Remember that in 2019 you will be catching the waves; maneuver with them. You do not necessarily need to take the straightest path to get to the desired end. Of course, sometimes circumstances will develop in such a way that you will not see any other way out other than attacking. In this case, fight until the end. No deviations or compromises. In 2019, you will be able to defeat anyone, including the enemy who is much stronger and bigger. Another thing to keep in mind is that sometimes there are people who are easier to break than bend. Do not forget about it when you start resolving issues related to your personal relationships. By the way, problems of that sort will keep on emerging. However surprisingly, you will find a lot of fun when trying to clean up the messes.

It should be noted that the year 2019 is a time of fundamental and significant events for Scorpios. Do not be surprised if you find out that you are the main person involved in what is happening. Imagine the situation: your adult daughter declares that she is pregnant, but there is no news on her getting married any time soon. She cries a lot and in general looks like the most miserable human on the Earth. Under such circumstances, it's no wonder you will try to find the responsible man and make him assume accountability. Well, if you choose the right words, later the wedding preparations, negotiations and other delights of creating a new family will begin. It will take a lot of time and energy but it will be enjoyable. Alternatively, you might turn into the main hero by initiating some radical changes like moving to Hawaii. So keep in mind, a major event - perhaps more than one - may happen this year. It will be accompanied by a situation of choice, and it will go the way you wish for it too. And if it goes wrong, you will be guilty. In case of difficulties, immediately seek the support and advice of older and wiser family members. The patron of the year Pig is a family-oriented animal. She will in every way approve your noble intentions and arrange everything so that it will work out in the best way possible. Both stars and people will be on your side through this period.

2019 Horoscope for Scorpio by spheres

Love and Romance 2019 Horoscope for the Zodiac sign Scorpio

Work and Career 2019 Horoscope for the Zodiac sign Scorpio

Money and Finances 2019 Horoscope for the Zodiac sign Scorpio

Health and Wellness 2019 Horoscope for the Zodiac sign Scorpio