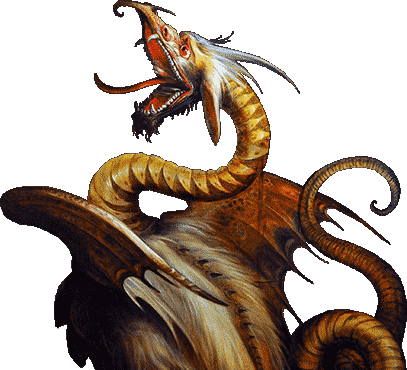 The Chinese New Year 2021 will be the Year of the White Metal Ox. Follow links below to find out with the help of Chinese Horoscope 2021 what it would be like for people born in the year of the Dragon.

Horoscope 2021 Dragon, Year of the Ox for Zodiac sign Dragon

You are the fiercest warrior in the sky, Dragon. You are the creature that everyone looks to fight the toughest battles and deal with the worst foes. We’re sure you already know this. Here’s where it’ll get challenging: you’re going to be fighting a series of very different battles across 2021. You are going to be in a very new frontier than you’re used to, fighting foes that you’ve never encountered before on battlefields that will be very alien to you. That’s right: a lot of those battles are going to be of the internal variety. This is going to be an interestingly challenging year for you, Dragon. We all look forward to seeing how you emerge from the other side.

2021 is the Year of the White Metal Ox and that means a lot of things for Dragons. First off, you have a very capable companion with you through any battle you face this year. This is unique for you and an advantage that’s worth taking. Secondly, the battles you’re going to face are going to be unlike anything you’ve faced before. As we said, there’s going to be a lot more happening for you internally and that’s going to take force and power in a different way. Follow this guide for making your way through the months and it should be much more manageable.

The beginning of the year is a good time for you to begin that reflection, if you haven’t already as part of your new year’s resolutions. Set aside some ample time in the beginning of January to see where you are and where you want to go. Are you happy with the current state of things, Dragon? Do you wish your life to be in a much different place? Is there anything you’d love to do this year to come? Is there anything you’d like gone from your life forever? This is the time to focus on these questions and come up with some possible answers to them.

And whatever answers you come up with those questions, the real world is going to throw everything it can at you to distract you from dealing with them. That’s okay, Dragon. It’s nothing personal. It’s just the nature of the universe to be dealing with its own stuff while you’re trying to figure out yours. The beginning of February is going to be an especially distracting time from both people in your life and various circumstances. Don’t blame the people: they love you and want to have part of you with them, which is perfectly understandable. You’re lovable! As for the various circumstances, well, they’re circumstances, so they’re not deliberately screwing you up either. Notice a similarity between those two things? They’re not being malicious. That’s worth remembering if you’re getting frustrated with the way things are going towards the beginning of the year. You might just as well get frustrated by the wind. Accept that these forces are not doing you harm, manage, and move on.

Spring is going to send you some interesting messages, Dragon. To fully pay attention to them and pick up what they’re putting down, we’re going to ask you to look back a bit. Do you remember a particular springtime when you were younger that has lingered with you? Maybe it was from when you were a child, or maybe it hit you when you were a teenager. The sun seemed to burst out like it had been gone for years. The light hit the trees in such a way that was both brand new and nostalgic at the same time. Maybe you were falling in love for the first time (or one of the first times) and the world seemed to be supporting and amplifying those emotions just for you. What a magical time. That’s a feeling we want you to hold on to, Dragon, as you enter spring. We want you to remember what it feels like to fall in love with the world when you’re a kid like that. You may even be in love with someone in real life, but it’s that particular feeling of being overwhelmed with good emotions like that that you want to grab onto. You’ve lost touch with that part of yourself, with that naive sense of wonder. Spring is the perfect time for you to reclaim it and let it make some of your decisions for you. It’s time for you to let your heart make the final call on a few things. Sick of your current job? What does that internal adolescent have to say about it? Need a change of location? Where can you go in the world that would reawaken that feeling? Listen to what that teenager has to say about it and at least consider their advice. You don’t have to blindly follow what they say, but give it some air time.

And whatever advice that teenager gives you, it’s going to cause a bit of a ripple among the people around you. Your friends and family certainly have your best interest at heart, but some of your choices are going to rub them the wrong way. There won’t be any serious rifts or anything like that. But in the course of you getting back in touch with what’s really important to you and what matters, some people who have thought of you one way or going to be confused and maybe irked that you are in fact, different.

August usually means change and renewal for most. It’s the final, waning days of summer and the beginning of autumn, so everything gets just a little bit melancholy. For you, Dragon, it’s going to be just a little bit different. This is going to be like your second spring: a period where everything is new and exciting and, yes, even a bit of love will be in the air. Or if not love per se, a strong case of like coming from some parties who had passed you over previously. You’re going to be very visible in people’s eyes and they’re going to notice you in ways they hadn’t previously. It’s a bit like that cliched scene from movies where the nerdy girl takes off her glasses and lets her hair down, making everyone see how gorgeous she is. Maybe it won’t be exactly like that, but you get the idea. You’re going to come into your own at this time and really shine and be noticed, so bask in that and enjoy it. It’s going to result in some connections you wouldn’t have expected in your life. Hold on to these people. They’re going to become very important to you in the months to come.

That means you’ve got some odd challenges coming your way in September and early October. These are nothing terrible, but you’ll want to be prepared for them. So we’re going to ask you to think back a bit. When you were younger was there ever a part of your neighborhood that you had an irrational fear of? There was nothing terrible there (no clown in a sewer grate or anything like that), but there was just a vibe that you couldn’t quite shake off. That was a good bit of intuition you had then, Dragon. Turns out there are some locations that just have a bad bit of mojo to them. Any time you can pick up on that, the better. Try to zero in on that feeling again if you can. Try to remember when you had your Spidey-sense tingling before and what that feels like. You’re going to run into a situation around this time that’s going to elicit a response in you just like that. Your warning bells will go off and you want to be ready to respond when they do. This might come from a person you encounter, a place you walk into, or just a smell in the air. When you get that chill, know that there’s some danger ahead and prepare accordingly. We’re not trying to alarm you, Dragon. But if you keep your wits about you, you will avoid a lot of trouble farther down the road. And once that has passed you by, the rest of your year should be smooth sailing with minimal stress. Count your blessings that you’ve avoided some terrible unpleasantness.

2021 is going to bring you to a number of difficult but fascinating battlefields, Dragon. It’ll be the perfect time to perfect your fighting styles against a number of worthy foes. Even when a number of those battlefields are internal, there’s glory and might in every victory. You’re going to emerge from the year a little bit scarred but a lot stronger and smarter than you came into it. That’s better than a chest full of medals and a wall full of trophies. Relish in your glories, warrior. Get through this year with minimal injuries and prepare yourself for the battles ahead.

More about the year of the Ox, Chinese Horoscopes 2021, and actual forecasts for the year of Dragon: