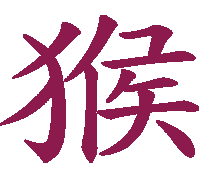 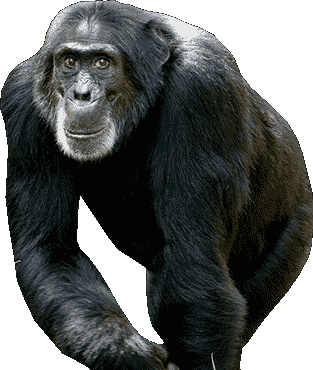 The Chinese New Year 2021 will be the Year of the White Metal Ox. Follow links below to find out with the help of Chinese Horoscope 2021 what it would be like for people born in the year of the Monkey.

With the chaos of 2020 behind you, Monkey, you probably think 2021 is a time for rest and reflection. While that’s certainly a component of the year ahead for you, that’s not going to be your standard operating procedure. You’re going to keep moving like a locomotive through the year, but remember that a train stops to pick people and cargo up, drop them off, speed through long stretches of track, and slows down around curves. That’s a perfect metaphor for you, Monkey: you’re a train making your way across the terrain of the year.

Your first stop for the year is to pick up the White Metal Ox so he can travel with you in the caboose (we know we’re stretching this train metaphor pretty far here). 2021 is his year and that means everyone is going to be carrying a bit of an extra burden around with them for the year. This is especially the case for you, Monkey, as you have a particularly special bond with that pack animal. You both sit in very strategic positions in the cosmos and have a link that goes back an eternity. What does that mean for you in more concrete terms? It means you need to look back through your own history to find answers to current problems you’re facing. Odds are good that everything you deal with nowadays has its roots and precedent in things that have happened before. You need to spend some time to see if you’re repeating patterns in your life over and over again. You don’t get a bonus if you guess the answer is yes because most likely you are.

So that’s going to be a big part of your January: analyzing your past to look for repeating patterns. To continue with that train metaphor, you’re looking to see if you’ve been travelling over this track before. And if so, what were the hazards you faced then? And more importantly: how do you get this train to jump to a different track? Even if your patterns haven’t been completely bad, it might be time to jump to another rail and get yourself on a different path. It’s time for changed behavior, Monkey. Do you know that saying about insane people doing the same thing and expecting different results? That’s exactly what you’re trying to avoid here and trying to make it easier for you to do different things in the future.

Spring is going to bring some interesting developments regarding money, fortune, and wealth. You might think those three terms are synonymous, but they don’t have to be at all. And in your case, Monkey, they’re going to be three very separate things. Here’s a good way to distinguish between them: how do you think about money? We’re guessing that you’re the sort who checks their bank balance every single day to see if it’s changed overnight with new interest rates. You like to deposit the rolled-up coins you find into your savings just to see that very small amount of growth. The minute you get a check you deposit it, making the most of your interest. We’re not describing someone being a penny pincher, Monkey. We’re talking about someone who takes great pride in taking control of their finances, even if it’s on the micro-level. There’s nothing wrong with that. In fact, that’s how the millionaires do it. You’re not going to steal dimes from a child, but you are going to watch your spending. And you’re going to continue on this path in 2021 and it will serve you very well.

Your fortune, however, is something else. This gets into the territory of well-being and luck, and the spring and early summer are going to be a prime time for both of those things for you, Monkey. A number of lucky waves are going to wash over you at this time with their reaching a crest around late June. This can have many ramifications for you. Perhaps you’ll avoid a potentially terrible accident. Perhaps you’ll be just in the right place and the right time for some glorious fortune. And perhaps you’ll just have a passing moment of realizing how lucky you are to be on this planet. No matter what form that takes, look to your lucky numbers to be 15 and 23.

June is where things start getting REALLY interesting for you, Monkey. There will be some figures from your past that you haven’t heard from in a very long time reappearing in your life. These might be people you haven’t considered in a long, long time. Maybe they were acquaintances before, friends of friends. This is a new context for them and they’re coming to you after a lot of growth and change in their own lives. What that's going to do to you is force you to see how far (or not) you’ve come in your own life. But more interestingly, you’re going to end up with some new friends who will be taking you on some interesting adventures this year going into next. These people are enough outside of your usual orbit that anywhere they bring you is going to feel alien and strange, but all in a fascinating and fun way. It’s going to be a bit like the Muppets have picked you up on their bus and want to take you on adventures with them. That might sound odd and not your cup of tea, but go along with it.

But July leads to the perfect time for a bit of quiet and introspection. We know the summertime is usually when you want to run around outside and frolic, but your polarity got a bit switched this year, Monkey, so you get the sunniest and hottest month for sitting and staring out the window. That’s okay, though, because all that sunshine is going to aid your self-reflection and thinking about where you want to go next. Take the time to chart your progress over the year so far and be fully honest with yourself. You’ve done a lot, but this is the perfect time for a little course correction if it’s needed. But also, get to the beach.

And with autumn comes some nice treats for you, Monkey. You’re going to get some especially welcome recognition sometime during September and October. This could come from your workplace in the form of a small bonus or acknowledgement. This wouldn’t be anything financially huge, but it would be enough to make you feel appreciated and special, and perhaps more importantly, make you special in the eyes of those in power. This recognition might also come from family members in a way that’s not their usual way of doing things. It could be a gift but more likely will take the form of some time that they’ve carved out for you. Maybe a meal or other outing. What’s important is that they see you as special as you are, bringing important things to everyone. That gift will linger in their minds long past this year. There will be several examples of treats like that, some of which might not strike you as treats at first glance. Just enjoy them and trust in your deserving them, Monkey, because you certainly do. And the time will come next year where you need to give similar treats to others.

You’re going to be exhausted by the time you hit December, Monkey. And who could blame you? Your spiritual and emotional travels are going to be all over the place over 2021. Ordinarily, we’d advise you to take a load off, put your feet up, and rest at this time, but I’m afraid that’s not going to be the case. While you definitely need to slow down a little bit this month, you’re not going to come to a complete stop. Instead, you’re going to treat this like the middle part of a marathon. Yes, we’re aware this is advice for the end of the year, but you didn’t think your life was just going to wrap up just because it’s December 31st, did you? This is your middle stretch of a lot of activity and you just need to lean into this fact and press on. You’ve come a long, long way and have a long, long way to go, but that’s good and exactly what you need to be doing just now.

The train keeps rolling, Monkey, and you’re the one running it. 2021 is the year in which it finally sinks in for you that you’re the one who controls where it’s going. You may have had an inkling of that before, but now it’s for certain. Use this knowledge wisely as you progress through life. You have the opportunity to shape your destiny any way you see fit. You don’t even have to follow a schedule with this train. How many conductors can say that? Get on board and get going where you want to go.

More about the year of the Ox, Chinese Horoscopes 2021, and actual forecasts for the year of Monkey: