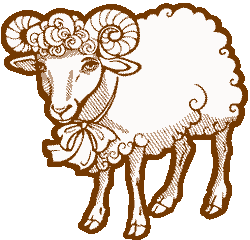 Aries, your head-strong will, and rugged horns are going to carry you past the bounds of your own ambitions during the month of May. Living in the house of Taurus, this month shows celestial events that are going to propel you into the project you’ve been seeking to finish, the job you’ve been striving to get, and the relationships you’ve been yearning to start. The theme of this month and what it means to the sign of Aries is “productivity”. May brings a time of focus for your mind and determination to your spirit. In May, my exuberant Aries, you’re going to crank your body into full gear. Yes, this means a lot of late nights working to get ahead of that deadline, networking to make new contacts, and seeking new opportunities to get you and your career to the next level. But out of these endeavours comes a metallic silver lining: most of your progressions are going to be in your career and financial sector, with new relationships, beginning around mid to late May (just in time for the summer fun).

Get ready Aries, you’re about to make things happen!

On the 27th of April, Pluto will enter into retrograde and rise in your second house. This means that you’re going to begin the month with a sense of renewal, inner examination, and the rebirth of your determination. What’s plaguing you, Aries? There are struggles within you that you’re going to inspect in closer detail and cleanse from your being. You’re going to pick which battles to fight and release your spirit from the ones that are not going to serve you moving forward. In the beginning of May, you’re going to spend most of your time contemplating the truths and deeper meanings of nearly every sector that makes you.

A warning I heed to you Aries, for this period in the month is going to be dark and destructive. Parts of you will die, but this is only to make room for the birth that Pluto brings. In order to manifest true wisdom towards your future, you must destroy the aspects of yourself that will not help you in the new life you will be pursuing. But don’t fret, Aries. You have strength and passion. You will fight your way through.

Once the ominous cloud of Pluto’s retrograde clears, the rebirth begins. It’s time to impress, make money, and take risks. If you’ve ever wanted to switch careers, RIGHT NOW is the time to do so. Doors are opening, and getting your foot in the industry that you’ve been wanting to enter is a realistic possibility in the month of May. This is why the ugly process of assessing your fears during the beginning of Pluto’s retrograde was so important, because now, your new bravery is going to push you up the ladder in ways you’ve never climbed before. This period will bring you new connections (yes, this includes the person you haven’t stopped stalking on social media), and those contacts are going to serve you through the grand entrance you are making into your new career. It’s important during this time to manage your negative side, Aries. You are building a new life for yourself and want to enter this era with ethereal patience and emotional control. Inhale. Exhale.

It seems like the celestial cards are in your favor this month, for Jupiter quintile Uranus on the 5th of May, bringing you a burst of creativity. Actually, an explosion, that is going to help you impress those recent connections and make those boss moves. Technology is going to be appealing to you during this time, and it’s going to help you expand your visions for the future. Whether that means moving to a technology-based field, developing new technologies for the future, or just buying a new laptop, you’re going to use technology as a tool during this go-getter time of your life. May also brings a time of experimentation. Experiment with ideas, projects, people, and your personal style. You’re a new man (err.. woman) now, and a shopping spree to dictate your new self might be in order! The aspect of Jupiter and Uranus is going to be the renaissance of Aries. What ideas are manifesting in your mind? Jot it down, put it in your notes, save it! The ideas you make in May are going to grow beyond all your visions.

Nearing the end of May beginning on the 23rd, Aries will experience a Saturn Retrograde, Full Moon Eclipse, and Mercury Retrograde (oh my!), grounding the ram back to reality from its rollercoaster high in the beginning of the month. Even though you are still that new determined Aries from a couple of weeks prior, you are more settled, passing the initial honeymoon stage of new endeavours and focusing more on how to keep the ball rolling. Saturn’s retrograde will have you feeling sluggish and like all the work you’ve been doing finally caught up to you. The mystical effects of the full moon during an eclipse is wondrous. Starting on the 26th, the blood moon will move the tides within your body in ways that bring forth emotion and slow your ego. On the 29th, the eve of the second house’s departure, the eccentric forces of Mercury’s retrograde are going to frustrate you, causing you to ram your horns into the wall out of impatience and impulsivity. All you want to do is keep moving ahead, but Mercury will cause energy to go backwards. For Aries, especially after a rampage of ambition, it will cause a sudden hitting of the breaks.

My fiery and bold ram, don't question yourself. You are enough for all these new manifestations, coworkers, bosses, and projects that you are taking on. You may be tempted to lack faith in yourself as you’re coming down, but know that it’s only the full moon and Mercury Retrograde swaying the waters inside you. Remember how impatient you are and that nothing happens overnight. Your divine passion and motivated spirit will carry you and all your endeavors.