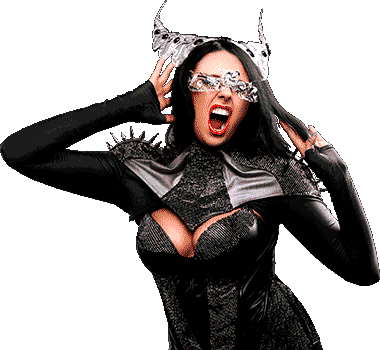 You’re used to being a leader, Aries, but there’s someone making an appearance in your life in 2021 that’s worth following. Jupiter is going to appear around the springtime and take a lot of power from you. This isn’t a bad thing at all. Think of him as a great celestial relief pitcher coming to help you out so you can rest a bit. “Resting” in this case won’t mean sitting on the bench watching what’s happening on the field. It means watching films from old games, getting in the batting cage, and relying on coaches and trainers to help you get strongest in the areas where you’re weak.

In January that weakness is going to be especially apparent. We hate to say it, but you’re going to be in a position where you’ll need to rely on your weakest skills. Depending on the person, this could take many forms. Not well organized? You might be called upon to pull together a big project at work. Hard to express your feelings? Your partner might want just that from you immediately. Terrified of change? The world just might pull a rug out from under you. Consider all of this a sort of preview of what the year has in store for you. Don’t worry, it’s not all going to be dire. But you aren’t always going to be able to rely on the things that you’re usually good at.

So how do you handle this? You accept the fact that you’re going to be not doing great all the time. You might even be failing. That’s okay, just make sure you keep going. You’ve got that relief pitcher behind you to help you out if you need it, even if it’s just picking you up after you fall down. Look for some particularly taxing moments to happen in mid to late January (around the 18th or so) and again in late February (especially around the 27th).

Pay careful attention to your health as it approaches March and going into April. There’s no pressing danger that you need to worry about, but this is the prime time for you to take your health seriously. There’s no good way to put this: you’re not getting any younger. But worry not, Aries. None of us are. As March is turning itself into lovely spring weather, take a close and serious assessment as to how your feeling and what shape your body is in. If you haven’t in a while, get yourself to a doctor for a professional assessment. But more than anything, get your food intake under control. Sure, we all like to indulge at times and that’s fine. But you, Aries, have maybe gone just slightly beyond where you’d like to in the food department. That’s fine, we’re not judging you or thinking poorly of your choices. Aries have always been about enjoying themselves and we’re not about to suggest that you stop that. But do see if maybe there are some healthier substitutes you could throw into the mix here and there. Maybe the occasional hummus and carrots in lieu of chips and salsa? Some sparkling water instead of a Diet Coke? Drop one of the red meat dishes you have a week? March is when this process should start and April is when you balance it out to a level you can maintain for the rest of the year. You want something sustainable, so figure out the right balance for you. We want to keep you on this planet as long as possible, Aries. Look for some very positive health developments around August or so (but don’t think that means you can go back to eating junk).

That leadership quality will come back to the fore in late spring and early summer. There are going to be a number of people around you who could very much use a leader. Are you the one to do it? Answer: yes, yes it’s you. “But”, we can hear you say, “what if I’m not prepared to fulfill that role?” Too bad, we say from the rafters. Sometimes you have to start leading because it’s time. Well Aries, guess what? It’s going to be time. The people looking to you might be co-workers, might be friends, they could even be some distant cousins coming out of the wood work. You’re going to know who they are because they’re not going to be subtle about it. They may even use the words “Please lead us!”. Hey, just because it’s astrology it doesn’t mean it’s going to be subtle. Whether you realize it or not, you are ready for them and ready to stretch those captain’s muscles of yours. So suck it up and be a captain for these poor people.

One thing that might make all this work a little easier for you Aries is the romance that will be in the air for you starting in early June. There’s a large shadow from Venus over you from then until at least late August. That’s right: you’ve got a summer of love ahead of you. Whatever it is that you’ll be putting out into the universe will be working because everyone during this time is going to find you irresistible. Don’t let it get to your head, though. It’s not like people are going to be throwing bouquets of roses at you everywhere you go. But you are going to capture people’s attention and you should use that to help boost your confidence during trying times.

There are some interesting artistic vibes for you in 2021 that don’t show up with any of the other signs. Jupiter is saying that Aries is going to be blazing through the year as a great creator. Does this surprise you? We’re guessing yes, as you’ve never considered yourself the artistic type, or if you are, you’ve constantly doubted your abilities. This is an interesting trajectory for you cutting across the entire year. Starting in January, there will be enough dissatisfaction with your current routine that an odd bit of artistic inspiration is going to burst into your brain. There’s nothing more stimulating than boredom for making a change and this might be it. This is the fire that’s going to fuel you through the end of the year. Even if you come home exhausted every day or you have a bunch of personal obligations tugging at your sleeve, listen to that voice that says to pick up the paintbrush, or guitar, or laptop, or really anything at all and create. Follow that thread wherever it takes you because by March you’ll have covered enough creative ground to realize that you’ve got something important going on. This is the time when you’ll want to put things out for other people to experience. That’s right: it might be scary, but you need to start sharing your expressions with the world. Find some friends whose opinions you trust and show them what they’ve done. If the reaction is positive, great. Keep doing what you’re doing. If for any reason it’s negative, take a moment, and consider what they say. Are they right? Then follow their advice and make it better. Do they just not get it? Brush it off and keep doing what you’re doing. What’s important here is that you’re bringing your inside world to the outside. No critical opinion is going to change that. You’re going to ride that connection until the end of the year. Luckily there are some nice goal posts along the way. Great artistic success will appear by the end of August. This could be a show, an opening, or just some unexpected high praise from someone whose opinion means the world to you (and that you didn’t expect to hear from). Let that experience lift you up and fuel your fire even more. We’re not saying you’re going to become the next Picasso or anything like that. But this experience is going to result in a great change in your life that will affect your trajectory from here on out. Keep at it through the year and spend November and December making plans for where you want to take things and see if, yes, there’s any monetary gain to be had from your wares. Nothing wrong with making money off of art. Just be open to the variety of ways it’s possible to do so.

While old ballplayers need to retire and leave the game behind, you, Aries, will just keep getting better and better as you age. When you finally slide into December (see what we did there?), you’re going to look up into the stands, take off your hat, and bask in the praise of the crowd as they celebrate you and all you do. Enjoy it. You’ve spent 2021 building up your weaknesses so that you’re more powerful than before. You’re ready to enter the next season (that’s 2022) stronger, faster, and (most importantly) smarter than you’ve been before.