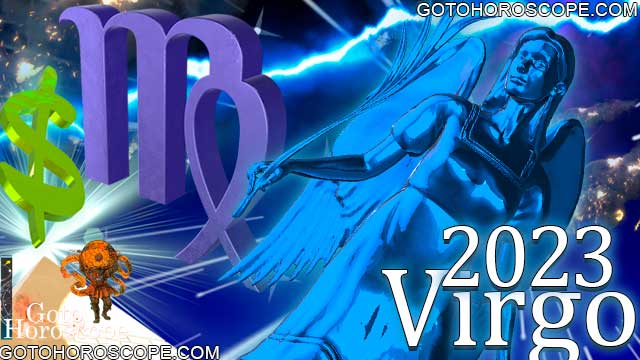 Virgo is perhaps the best sign to be when it comes to finances. No sign knows how to get organized and budget as much as this one. This is perhaps because the ruler of your sign is Mercury, the planet of commerce themselves. It's not a surprise that many of you end up taking up a career in accounting, banking or any other work that involves numbers.

Though, in true Mercurial fashion, Virgos should get ready for a bit of retrograding in their bank accounts this year. And this is not because of Mercury, but Venus, who's actually the planet responsible for your financial life and livelihood.

Compared to Mercury, Venus does not go retrograde as often. It only happens every other year, but when they come in they pack a big punch. This retrograde is even more potent than usual, so it's definitely one that you want to be on the lookout for since it means that Venus will stay in the same house on your chart for almost a whole quarter of the year.

The Venus retrograde only really starts on the 23rd of July and ends on the 4th of September. Although her journey through your 12th house, the house where this whole ordeal takes place starts as early as June and only ends in early October. Although, even if this transit can be a little tricky to navigate, it mostly will target the Virgos who were born during the day and who are 25, 37, 49 or 61. If you don't fit the criteria, this transit is likely to be a lot milder.

If you ever open an ancient astrology book they will tell you the most troublesome things about the 12th house. And as much as there's some truth to all this doom and gloom, ultimately, the problems augured by this house more often than not come from bad behaviour from the natives themselves.

You can think of this house like the house of vices and addictions, which, quite frankly, we all have. But with Venus staying there for so long, you have to get ready to be tempted to go on purposeless shopping sprees, or even invest in something that seems more profitable than it actually is.

Instead of being alarmed and going bonkers over some of the negative connotations of this transit, the thing to do here is prepare to resist the urge to do something out of the ordinary with your money. Even if it seems like a good idea, the period delineated above should definitely be avoided if you have any bold ideas marinating in your head, or if there are any big purchases you want to make. Retrogrades in general are events that beg us to think twice before acting, so do that!

2023 is not just made of impulsive purchases, though. There's definitely some room for profit once the retrograde period has been dealt with.

On November 10th, Venus will actually transit through your 2nd house where she feels rather powerful. This is the time to make up for any loss that might've happened earlier in the year. Especially if you were born during the night, this transit can be good for making investments and reestablishing balance. Especially for those of you who might be artists or artisans, this transit can make your workflow easier than usual. You might also want to look for feminine financial advisors since they can be especially helpful during this time.

2023 might not be the best year for Virgo to make massive gains, but this is also when your natural organizational skills really get to shine. Save as much money as you can before the retrograde and make sure you don't spend it unless it's for an emergency. You've got the self-control to make this happen, so there's nothing to be worried about. Good luck Virgo! You got this!