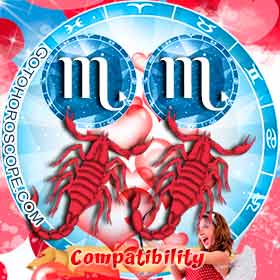 Scorpio and Scorpio – A Matter of Trust

A dual Scorpio match is difficult at best and a disaster at worst. There is no middle ground for the passionate Scorpion and this pair will struggle with control and trust issues. However, if the Scorpios can manage to make it work and really open up to one another, a Scorpio – Scorpio couple will be unmatched in passion and devotion. 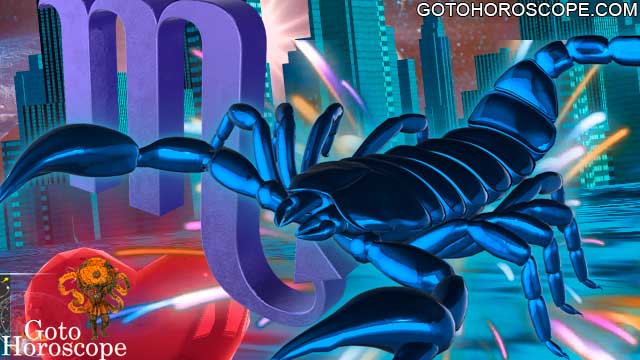 Emotion may form the bedrock of Scorpio’s personality, but the Scorpion also has exquisite control over this inner landscape. Much more logical than other Water Signs, Scorpio carefully considers a potential mate before letting anyone see its true self. Once the Scorpion opens up all that bottled up passion, it is released in a great wave of feeling that may very well overwhelm its recipient.

The Scorpion is persistent, almost obsessive, in the pursuit of its goals. This means Scorpio is generally quite successful in whatever career it chooses. The Scorpion’s powerful aura and strategic mind make it an excellent planner and Scorpio is excellent at taking a lot of details and building them into a cohesive plan. However, the Scorpion is very controlling and doesn’t release jurisdiction easily. This severely hampers its ability to delegate and can result in Scorpio overburdening itself trying to do everything.

Since it must constantly battle for control over its own passion, the Scorpion is fascinated by the darker aspects of humanity. Scorpio often delves into such morbid subjects as the Occult and the inner workings of serial killers. The Scorpion feels that these people are kindred spirits who simply don’t possess the iron control it has so carefully constructed. Scorpio has a temper, but rather than quick explosions, its anger will smolder for a long time before erupting with all the power and magnificence of a raging volcano.

The Scorpion is often reluctant to make a commitment, especially earlier in life. Scorpio is highly driven to explore its sexuality, often leaving a trail of broken hearts in its wake. Once the Scorpion does decide on a life-mate, however; it is a loyal and devoted partner who focuses on its lover with an intensity that can be overpowering. It is extremely difficult to escape a relationship with Scorpio. No one leaves without considerable damage as the Scorpion is incredibly vengeful when it feels it has been wronged in some way. 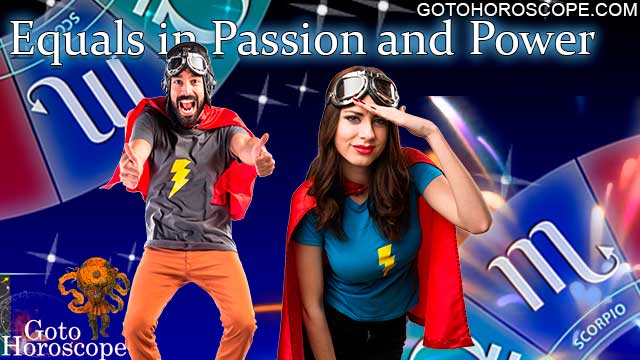 Equals in Passion and Power

Two Scorpions will be attracted to one another with the incredible impact of a hand grenade. There will be nothing calm about this relationship and it will be filled with passion and drama. This pair will be subject to intensely melodramatic fights and ardent reconciliations right from the start. For any other Sign, this would be too much, but the two Scorpions seem to thrive on the emotional overload. In one another, each has a partner well equipped to handle the best and worst a Scorpio can dish out.

The Scorpion duo will spend a lot of time exploring the dark side of one another and the world in general. Both the Scorpios appreciate a partner that can steadfastly look at these morbid interests rather than running for the hills. It is a great relief to the Scorpion to be able to show its true self with no filters.

There is no danger of one Scorpion overtaking the other in this partnership. Each is possessed of equal power and control and they can support and bolster one another through the worst of times. If one is overwhelmed by career or some sort of personal angst, the other Scorpion will step in and take care of business. The Scorpio partners are both equally gifted in professional and intellectual matters. This means the Scorpion has a willing and able mate, able to offer impartial advice and see issues from a new angle. 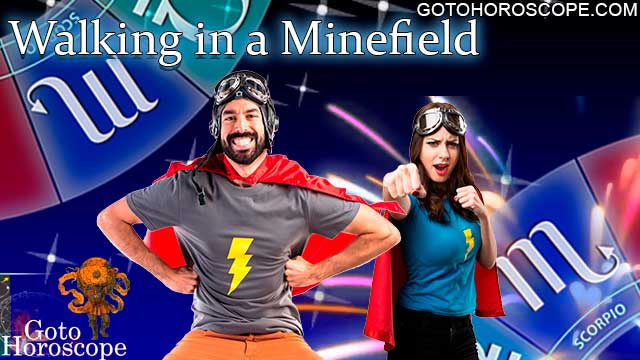 Walking in a Minefield

Some Signs do very well with their twin, but the Scorpion has a very hard time dealing with its doppelganger. Scorpio is such an extreme being that it really needs a complement to create a comfortable and happy life. While two Scorpions can make it work and may actually enjoy the dramatic passion, both positive and negative, that their pairing creates, Scorpio has a very hard time building a happy life with its fellow Scorpion.

It’s no surprise that two Scorpios are going to struggle with power issues. Anytime two very dominant and controlling people get together, there are bound to be clashes. The added fuel of pressurized emotions in the double Scorpion pairing makes the explosions quite spectacular and able to scorch even the Scorpio’s thick shell. The Scorpion has a long memory and holds grudges, so these flare-ups will often be rehashed over and over without any diminishment of ardor.

Trust is a big issue for the Scorpion and while it may seem that it would be easier to open up to someone so similar, Scorpio has a very hard time opening up to its fellow Scorpion. Perhaps it’s the knowledge that its own darkness is matched by that of its partner or the fear that its mate will attempt to dominate. When the Scorpion isn’t open to its partner, it is incapable of empathy and can actually be quite cruel. Without trust, Scorpio simply can’t experience the emotional closeness and devotion it so desperately needs to release the emotional pressure bottled up inside. 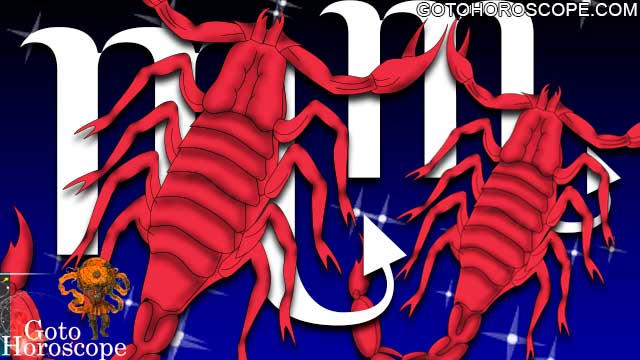 Too Familiar to Trust

A Scorpio – Scorpio pairing is a veritable landmine of dangers. The highly pressurized emotion deep within this pair is held back only by force of will. When this wall is breached by its fellow Scorpion, it results in a vortex of passion that takes it to the very peak of happiness and the very pit of rage. While its Scorpio partner is capable of withstanding this alone, it has its own melodrama to add and emotion is then pushed to a fever pitch that not even a Scorpion can tolerate. The only way this pair can make it is if both will let down their guard and release the empathy and devotion they generally hide from the world. If this happens, the Scorpios can weather the turmoil within a wall of love.

Zodiac Compatibility - Find out how the Love Relationship of Scorpio and Scorpio look like when combining with other members of the Zodiac circle. How Compatible Scorpio and Scorpio in their pairs are when matched with different Star signs and how they manage to maintain the Love Harmony with their loved ones.