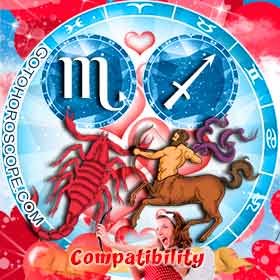 Scorpio and Sagittarius – Stubborn and Serious

A Sagittarius – Scorpio match is never dull, but it’s never easy either. The pair has very different values and their personalities are both incredibly strong. If they can manage to keep from getting crossways, the Archer and the Scorpion can take on the world together. 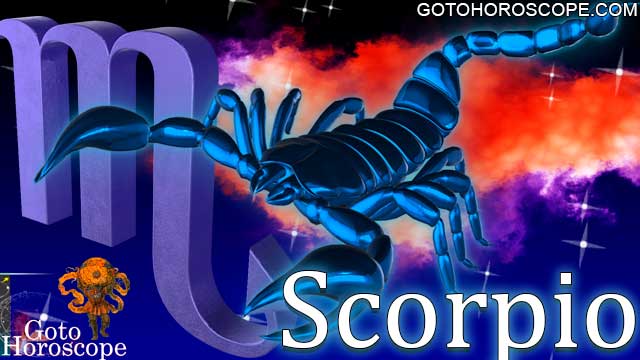 There is nothing sunny or simple about Scorpio. The Scorpion is a creature of excess, especially when it comes to emotions. Deeply passionate, Scorpio has developed an extraordinary level of control over its feelings as long as its shell isn’t breached. Should the Scorpion open up, however, all the energy it has repressed is released and Scorpio will focus on its chosen mate with an intensity that almost amounts to an obsession.

While Scorpio often waits until later in life to make a commitment, once the Scorpion does choose a life-long partner, it becomes a considerate, loyal lover who genuinely wants what is best for its mate. The caveat here is that controlling Scorpio may decide it knows what is best, regardless of what its partner thinks about it. Once the Scorpion makes up its mind about something, it’s highly unlikely to alter its opinion. 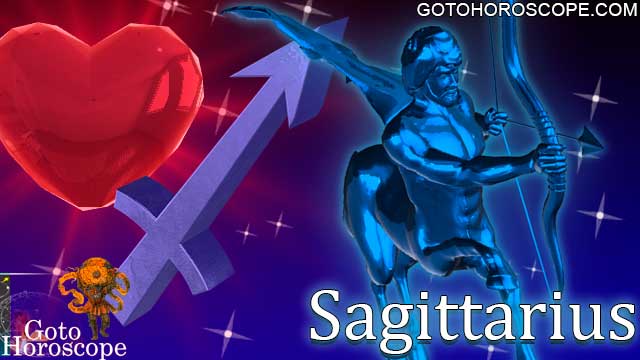 The rebellious Archer is determined to go its own way, no matter what anyone else says. Sagittarius is a firebrand in every way, and nothing is too dangerous or difficult for it to attempt. The Archer often succeeds at the impossible simply because it is too stubborn to admit defeat. Sagittarius has a particularly independent nature, and its freedom is one of the Archer's most valued possessions. Trying to hold Sagittarius back is like attempting to catch air in a net.

Sagittarius is much more comfortable in the physical and cerebral realms of existence and doesn’t consider emotions very important or useful. The Archer tends to prefer quite casual relationships and avoids profound connections. While Sagittarius is quite aloof when it comes to feelings, the Archer is an irrepressible optimist and always thinks the best of people, whether they deserve it or not. 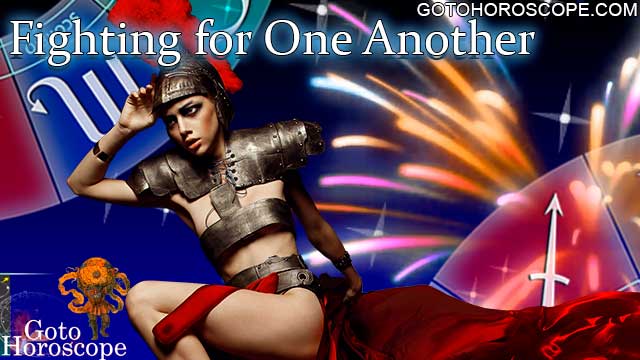 Fighting for One Another

While Sagittarius and Scorpio will have to work hard and compromise a lot to build a healthy relationship, if they can make it work the rewards will be great for both. The disparate emotional paradigms of each provide some great advantages. The Archer’s light-hearted way of seeing the world is a stark contrast for the always serious Scorpio. Sagittarius can flirt and charm its way into the Scorpion’s heart and its charm also comes in handy to tweak its Scorpio partner out of a dark mood. The scalding passion of the Scorpion isn’t likely to sear the philosophical Archer and even if Sagittarius gets slightly singed, it won’t hold a grudge.

Scorpio will very much enjoy the Archer’s lively mind and together they will spend hours exploring abstract concepts and philosophical ideas. This is new territory to Sagittarius as the Archer is more familiar with the lighter side of human nature. In fact, Sagittarius can be quite naïve which occasionally presents some problems for the trusting Archer. Exploring these ideas with Scorpio helps Sagittarius grow up a little and get a more realistic view of the world.

The Archer’s optimism helps lighten the Scorpion’s darker outlook. It may take some time, but Scorpio eventually realizes that people often fulfill its expectations. The Scorpion can’t help but notice that Sagittarius, with its trusting nature and belief in goodness, seems to bring out the best in everyone around it – including itself. The Archer will defend its mate fiercely, which is very much appreciated by the Scorpion. This attitude assists Scorpio in thinking better of people in general and trusting a bit more. 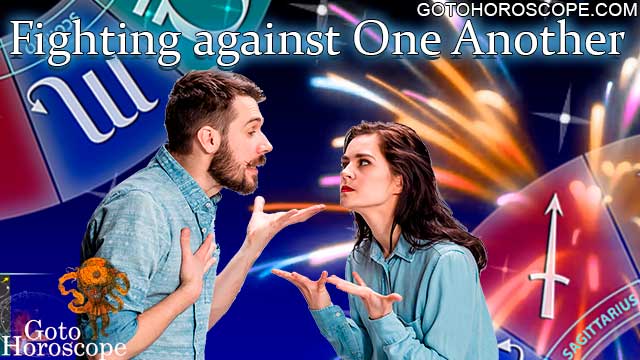 Fighting against One Another

While it is possible, with a great many considerations by both, for the Archer and the Scorpion to become a couple, the difficulties for this to be successful are immense. While Sagittarius is quite flexible and will make some compromises for its mate, Scorpio is much more rigid and is unlikely to be capable of the changes required to make its Archer mate happy. The pair’s differences are intrinsic to their respective characters which makes compromise even more difficult.

Control is the center virtue in the Scorpion’s world, and it is extremely controlling, both of itself and its mate. The Archer resists any kind of control with every fiber of its being. This sets the stage for a momentous struggle between Sagittarius and Scorpio. Since the Archer and the Scorpion are both extremely obstinate, one of them would need to change its fundamental personality for the two to see eye to eye on this issue – an unlikely proposition at best and impossible at worst. Scorpio and Sagittarius aren’t usually subject to high drama situations, but in this case, where such deep personality traits are threatened, their battle is likely to be quite spectacular.

The Archer’s unreliability and easy-going attitude about keeping promises is also likely to cause some friction. The Scorpion has a strict code of ethics when it comes to keeping one’s word and doesn’t consider good intentions a virtue without the follow through. Scorpio has a long memory for its mate’s shortcomings and holds a grudge forever. As the strikes against careless Sagittarius mount, the Scorpion’s resentment will smolder deeply until it finally loses its temper. This explosion will surprise the Archer very much who lives by a “forgive and forget” maxim. 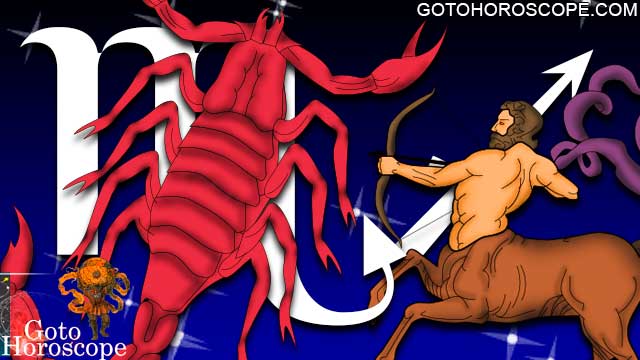 Sagittarius and Scorpio have a difficult time consolidating their vastly different values and way of living. The Archer’s light-hearted approach can help the Scorpion lighten up and trust people more while Scorpio helps Sagittarius to be a little steadier in its lifestyle and actions. However, this pair will struggle mightily with control issues and neither is likely to be able to bend enough to satisfy its partner. The Archer’s easygoing attitude when it comes to keeping promises drives the Scorpion to distraction. This pair makes great friends, but as a couple they have a very hard time staying on course.