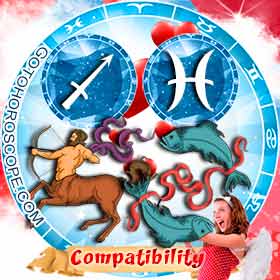 What happens when two hopeless romantics join forces? A Pisces – Sagittarius union is just such a pairing and the results are quite remarkable. The empathic Fish and the optimistic Archer connect on a deep level, which is rather unusual for independent Sagittarius, and support one another through life’s ups and downs. The differences between these two complements one another very well. 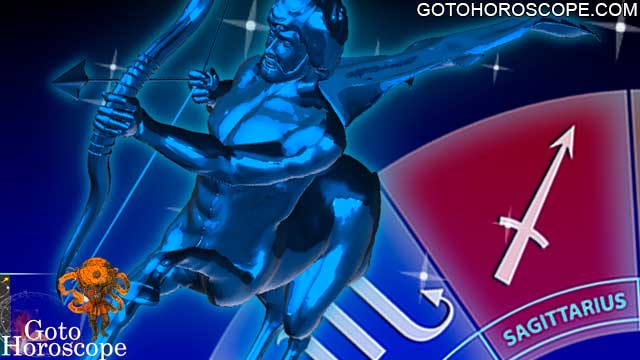 The Archer is definitely a rolling stone who doesn’t care to stay in one place for long at all. Sagittarius uses its inherent restlessness to fill its life with adventure and new experiences. Exceptionally independent in nature, the Archer cares little about other’s opinions and, with its rebellious heart, it is more likely to do the opposite when given unsolicited advice. Life is never dull with a Sagittarius around.

Ever the optimist, the Archer not only thinks the best but often brings out the best in everyone around it. Sagittarius is quite philosophical about life and doesn’t hold a grudge or worry much when things don’t work out according to plan. Since the Archer is often swept up in the moment, it’s quite possible that Sagittarius will forget all about any plans it might have made beforehand. While this unreliable tendency can be quite irritating, it isn’t likely to change and anyone who wants to keep the Archer in its life must learn to be flexible in the same way. 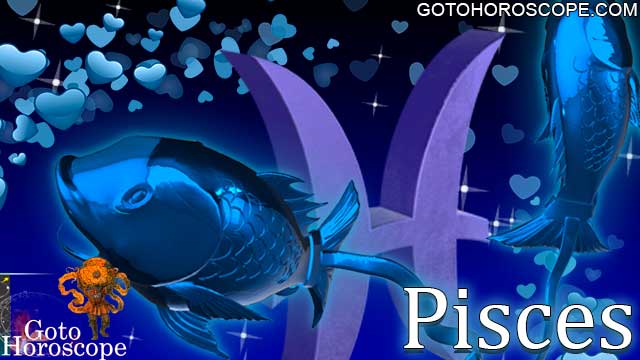 The romantic Fish was born to be in love and Pisces is never happier than when it is lavishing affection upon its partner. Highly empathic, the Fish is extremely aware of its mate’s needs and does its utmost to satisfy them. Pisces is loyal and devoted to its partner and opens itself so profoundly that it has almost no defense against being hurt. The Fish is often wounded by a poor choice in partners early in its life which makes it very wary to ever completely expose its heart again.

Pisces is quite intelligent, but its mental prowess leans towards artistic and creative endeavors rather than more logical pursuits. This can create a bit of frustration on the part of the Fish since it has a very hard time realizing its dreams in the real world. It’s very difficult for Pisces to exercise the drudgery and discipline usually required to move from an idea to something more concrete. 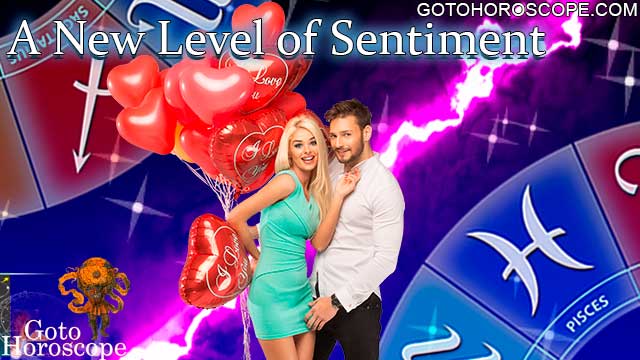 A New Level of Sentiment

Sparks fly when Pisces and Sagittarius join forces. The Fish and the Archer hit it off instantly and find their dual quick wit and willingness to try new things make for a very exciting time together. The activity of Sagittarius is very good for the more contemplative Pisces as it keeps the Fish from spending too much time in its own head. Since life with the Archer is just as exciting as its fantasy world, Pisces finds it much easier to stay focused on the real world. The mysticism and imagination of the Fish fascinates Sagittarius and gives it a whole new world to explore. The Archer is so interested in the inner workings of the Fish’s mind that Pisces feels safe to open up more than it might otherwise.

The Archer is an unquenchable optimist. The Fish has a melancholy streak and can be struck with periods of depression. Sagittarius is quite capable of dealing with its partners' darker moods without getting pulled down itself. The Archer will cajole its mate into going out and doing something exciting which goes a very long way toward lifting the Fish’s gloom. Because the Fish is a shameless seeker of pleasure, it is very unlikely to attempt to hold the Archer back from seeking whatever adventure strikes its fancy.

In the realm of emotion, the Archer doesn’t descend into the great depths that Pisces inhabits, but the pair is quite deeply bonded, and they are both committed to protecting the relationship. This is rather unusual on the part of Sagittarius who generally prefers a more casual connection with its partners. Yet this less profound bond on the part of the Archer has the advantage of allowing it to withstand the Fish’s moodiness without being drawn in itself. 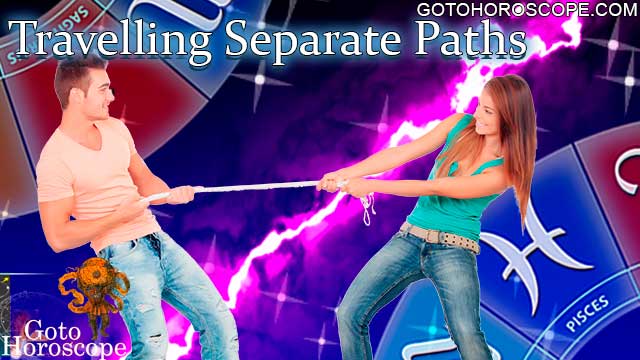 Pisces and Sagittarius make a fun, affectionate couple that opens the Archer to an unusual level of emotional connection. However, they have very different energy, and this can result in some problems between the two. The Fish’s tendency to fall into depressions can cause a great deal of frustration for Sagittarius who doesn’t understand what there is to be unhappy about. Since the Archer doesn’t take setbacks or failures too seriously at all, when these things profoundly affect its Pisces partner, Sagittarius may not be terribly sympathetic which makes the Fish feel abandoned and unsupported.

The Archer has an extremely high level of energy while the Fish can be rather lazy. It is a possible solution that Sagittarius continue to pursue its active lifestyle without its mate, but this is likely to prompt jealousy on the part of its Piscean partner. Deep down, the empathic Fish understands that its Archer mate isn’t quite as profoundly connected as itself. The flirtatious nature and general unreliability of Sagittarius is further evidence that it might not stick around if left unattended too much. Any attempt on the part of the Fish to control the Archer will be met with outright rebellion and will simply make the problem worse. 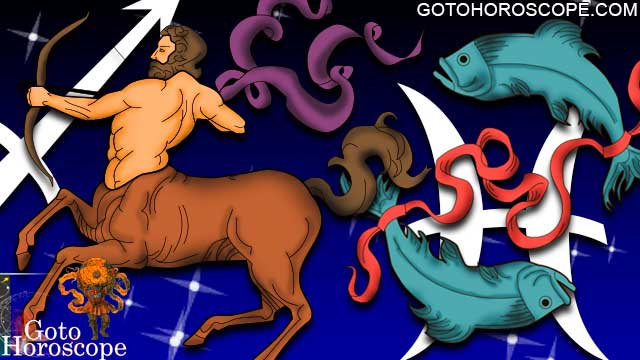 Pisces and Sagittarius make one another better people when the pairing is healthy and balanced. The Archer provides the Fish with plenty of activity and excitement keeping it grounded in the real world and helping Pisces become much more effective in its life. The Fish inspires Sagittarius to explore a level of emotional connection it rarely experiences, while the Archer’s emotional independence allows it to stabilize the more tumultuous feelings of Pisces. The pair journeys through both the real and fantasy worlds together eagerly seeking new experiences. As long as the Archer can help the Fish through its darker stages and the Fish doesn’t succumb to jealousy, Pisces and Sagittarius will continue to joyfully travel the same path.