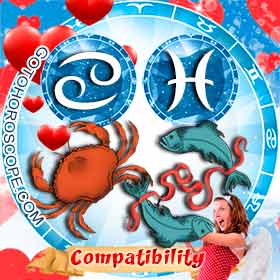 Pisces and Cancer – A Beautiful Dream

Cancer and Pisces understand one another on a level that is impossible for most people to imagine. This makes sense as both the Crab and the Fish are gurus in emotional matters. Highly empathic, Cancer and Pisces will know what its partner needs without being told, which is advantageous since neither the Crab nor the Fish are particularly good at expressing their own emotions. Despite these very real advantages, neither is especially practical so real life may be a challenge for this couple.

🎯 Love and Fantasy 💔 A Cold, Cruel World 💘 A Deficiency of Worldliness 💬 Comments - Cancer and Pisces Compatibility 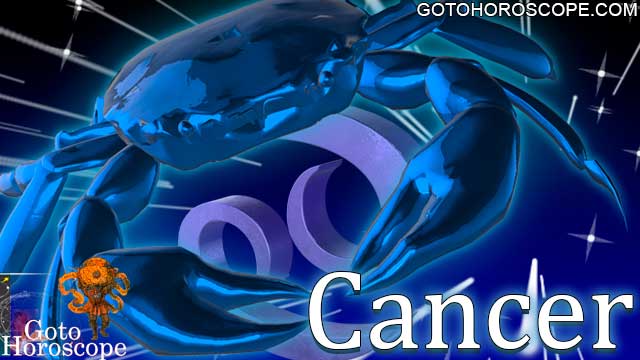 Pisces is most certainly the romantic of the Zodiac. The Fish showers its mate with love and devotion and enjoys performing simple loving commissions such as sending flowers or giving a surprise massage. Pleasure is important to Pisces and it will not bear much discomfort before escaping into the much kinder world in its head. When the Fish disappears in this way, nothing outside of itself seems to matter much which can leave its partner feeling abandoned.

While the Fish is fairly social, generally it participates in activities as a way to leave its internal stresses and real-world troubles behind. Pisces is a great dreamer but is often frustrated to find it doesn’t have the drive and discipline to make the physical world match the one in its head. This impotence is a big part of the pressure the Fish tries so hard to hide from. Pisces can be quite self-destructive, so substance abuse and negative behavior to those it loves is rather commonplace with the Fish. 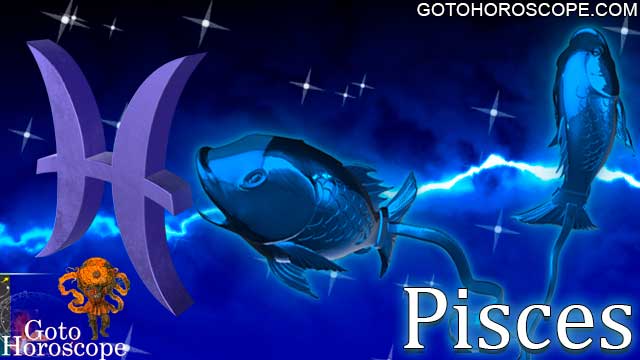 The empathic power of the Crab allows it to charm nearly anyone. Cancer has the uncanny ability to tell people exactly what they want to hear. While this makes the Crab a pleasant companion, it doesn’t help much with matters that deal with the harsh truth - but the reality isn’t Cancer’s preferred place anyhow. The Crab much prefers to hide in the sanctuary of its cozy home to being out in the cold cruel world.

While the Crab can quickly determine the emotional state of another and make use of the information, Cancer is hard pressed to make its own feeling known. This certainly cultivates an air of mystery, but it is frustrating to a romantic partner. The quixotic Crab’s shifting moods and propensity to depression require a mate that can keep enough emotional distance to continue functioning no matter what is going on in Cancer’s world. 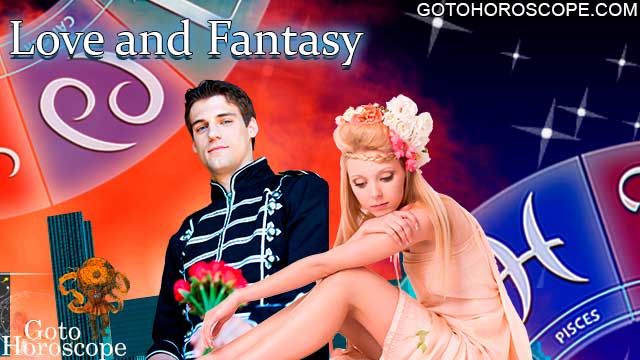 Cancer and Pisces will feel an instant connection that arises from their mutual empathic abilities. They will almost immediately build a deep bond as the “getting to know you” phase really isn’t necessary for this pair. Since both the Crab and the Fish crave connectedness, they will begin to cohabit very quickly and waste no time inextricably intertwining their lives. This is a couple that loves spending time at home so there’s no argument at all about staying in too much.

Both the Crab and the Fish are extremely loyal in their relationships so there is generally no jealousy or attempts to control one another. Cancer appreciates the Fish’s romantic gestures and Pisces doesn’t mind the Crab’s dependency on the relationship. Both partners appreciate a bond where they can relax and feel protected. The poor communication skills of these two don’t hinder the couple since Cancer and Pisces intuitively know how its partner feels without a word.

Pleasure is a priority for both Cancer and Pisces. With a Water Sign’s sensual nature, the pair will spend a lot of time exploring various modes of sensory titillation including scented baths, massage, gourmet meals, and long lovemaking sessions. The Fish may also include mood altering substances such as drugs and alcohol, but the Crab is less open to these. The home this pair creates is a dreamworld of peace and pleasure. Neither Pisces nor Cancer is a particularly high energy, so the pace of their life is generally quite slow. 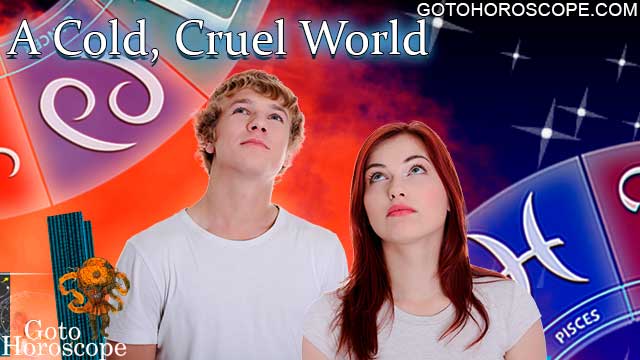 Even though Cancer and Pisces are very well suited to support one another in their respective dream world, their performance in the real world is another matter entirely. The Fish and the Crab are both rather impractical and neither has the drive and perseverance to be successful in conventional careers. Their shifting emotional states don’t make for a very stable employee. Finances are likely to be a matter of great stress in this relationship, since neither partner is good at making money or disciplined enough to make sure bills are paid in a timely manner.

The Fish and the Crab are both susceptible to periods of depression. If either partner falls into melancholy the other half of the couple is more likely to join in its dark mood rather than pull it into the light. Pisces is especially prone to this as it tends to absorb and reflect the state of its partner.

The dual lack of practicality effects this couple’s daily life as well as their career prospects. The Fish finds daily chores dull and unrewarding and is unlikely to help much around the house. Rather than deal with an uncomfortable environment, Pisces will simply take a trip to the much more pleasurable world in its head. The Crab is more finicky about its physical surroundings and will take up the slack that results from the Fish’s negligence, but not always gracefully. Should Cancer fall into a period of depression, however, it will be unable to muster the energy to take care of business. 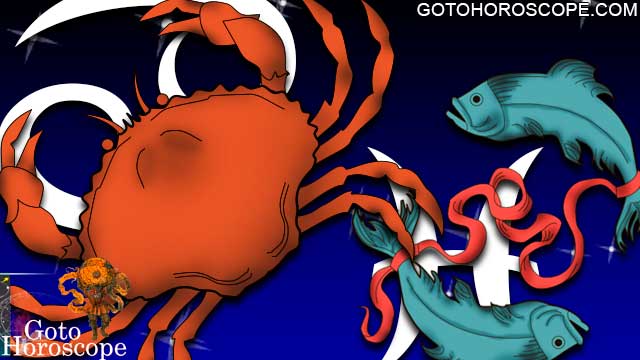 A Deficiency of Worldliness

In a perfect world, Cancer and Pisces are an amazing couple. They understand one another instinctively and can communicate without a word. The Crab and the Fish quickly form a deep bond that will remain with them for life, whether the relationship survives or not. Neither partner in this couple need to worry about the loyalty of its mate. In the comfortable sanctuary they create at home, Cancer and Pisces feel free to fully explore their sensual natures. Unfortunately, the world isn’t perfect and a Cancer – Pisces paring often doesn’t include the practicality and drive that is necessary to support their self-indulgent way of life.

Zodiac Compatibility - Find out how the Love Relationship of Cancer and Pisces look like when combining with other members of the Zodiac circle. How Compatible Cancer and Pisces in their pairs are when matched with different Star signs and how they manage to maintain the Love Harmony with their loved ones.