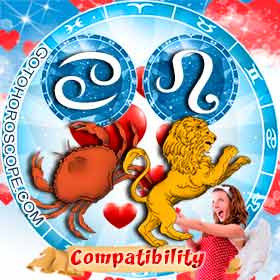 Cancer and Leo may seem just too different to make a go of it, but in this case, appearances are deceiving. While this match is unlikely to be a “love at first sight” scenario, once the esoteric Crab realizes there is more to the vivacious Lion than an overabundance of ego, the two begin to see that they can offer real balance to one other. This is truly a case where opposite personalities complement rather than conflict. 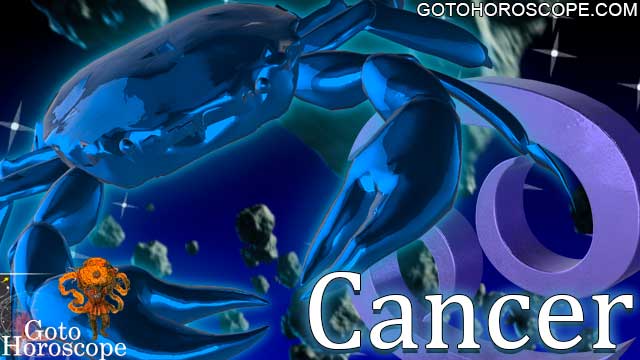 While Cancer doesn’t actively seek attention, the Crab’s natural charm draws many admirers. This allure stems from Cancer’s uncanny ability to look beneath the surface and deeply understand people quite quickly. This does lend the Crab the ability to be a bit manipulative, but kind Cancer generally contents itself with pointing its victims in the direction they really want to pursue anyway. Enigmatic and a little elusive, the Crab quite enjoys its reputation of mystery and fascination.

A Water Sign to the core, emotion rules the Crab absolutely. Cancer is incapable of shallow relationships and scorns those who are unable to form deep connections. The Crab’s moods wax and wane just like the moon that rules it, a condition that is sometimes difficult for Cancer’s partner to bear. Serious and prone to despondency, the Crab does best with a partner that can add laughter and fun to its life. 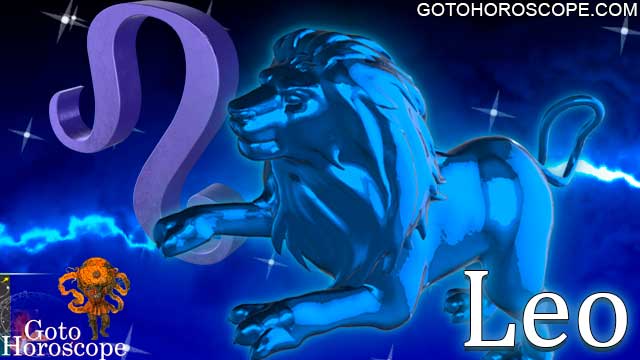 Magnificent is hardly an adequate term to describe the mighty Lion – especially in its own estimation. Leo is never happier than when all eyes are upon it. The attention seeking Lion is drawn to the performing arts and anything that combines glamour and notoriety. It matters little to Leo whether the attention is positive or negative, just as long as it’s there. While some may believe the Lion is superficial and uncaring, Leo actually feels deeply and is quite gentle and protective with its loved ones.

All the outward boldness of the Lion hides a deep-seated need for approval. Fortunately for Leo, it is usually popular despite its proclivity for upstaging everyone. The Lion hates to be alone, and it will happily substitute the adoration of a crowd for that of its lover. Leo is generally a possessive mate and will react badly to any flirting outside a relationship it considers a committed one. 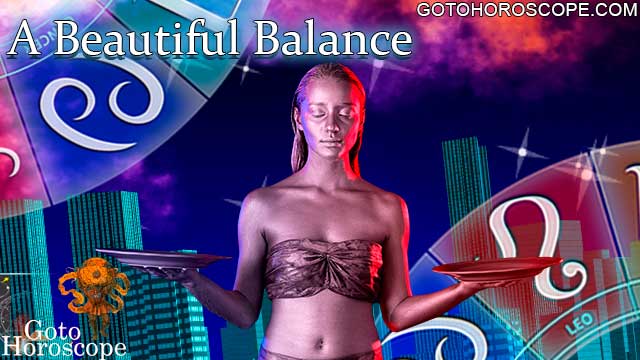 Elusive Cancer will most likely be the one hunted in the formation of this couple. The Crab’s mystery intrigues the extravagant Lion and Leo is eager to see what makes Cancer tick. To add to the draw, the Crab isn’t all that interested at first since the Lion’s obvious egomania puts it off. Despite Cancer’s intuitive sense of others, it is at first blinded by the Leo’s glitter to the Lion’s deeper self. Once the Crab realizes there is real feeling underneath Leo’s swagger, Cancer’s interest is prompted.

When both partners let down their guard a little, Cancer can begin to work its magic on the Lion. Leo is nearly as good at hiding its real feelings as the Crab is and it intrigues Cancer to spend time with someone it can’t read like an open book. The master of empathy has finally met its match! However, after trust has been established, the Lion is quite open with its feelings. It is a relief to the Lion to have a partner that doesn’t flinch when it reveals the depth it is capable of.

Cancer’s tendency to be melancholy is much mitigated by the Lion’s vivacious presence. Leo pulls the Crab out of its shell and happily shares the limelight with it occasionally. Cancer has less time to dwell on its darker emotions. In turn, the Crab happily provides the endless supply of approval and admiration the Lion needs. This allows Leo to tone down its attempts to garner attention outside the relationship.

The Crab has no problem with the Lion’s possessiveness. Cancer is rather clingy itself and feels safe and appreciated in the all-encompassing protection Leo provides. The Crab is extremely loyal and is much happier with a lover eager to firmly stake its claim than one that is forever on the fence. 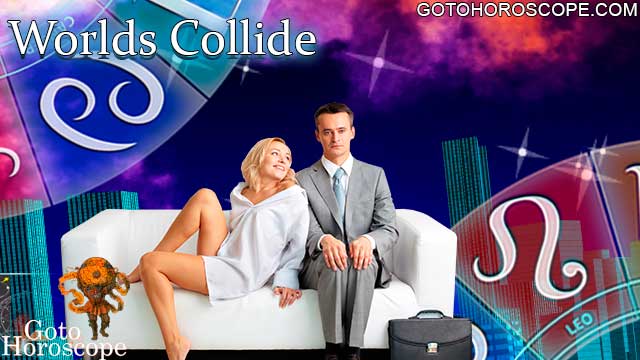 Even with some significant similarities, the Crab and the Lion are very different personalities, and this can certainly result in antagonism between them. Leo’s overwhelming personality may simply eclipse the Crab utterly. Cancer isn’t particularly assertive, but it won’t take well to excessive control. The Crab won’t actively fight with the Lion on this, it will simply slip around the restrictions and do what it wants while still trying to maintain the relationship. When Leo discovers this, however; the Lion is likely to be quite vocal in its ire.

The Lion has a lot of vim and vigor and doesn’t mind lending some to its mate. However, keeping the Crab’s spirits up can be a full-time job even for cheerful Leo. The Lion needs to be active. When despondent, the Crab finds it difficult to even stir out of the house. If Cancer refuses to break out of its depression, the Lion may begin to feel the Crab’s sadness is a reflection of its own efficacy as a partner. In this way, Cancer indirectly withdraws the appreciation so necessary to the Lion. Leo cannot exist without approval and will be forced to seek for it elsewhere. 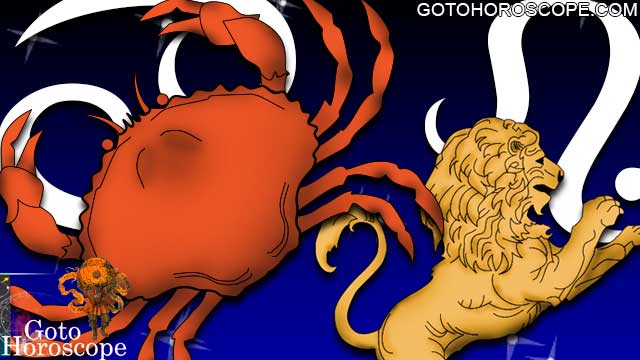 Getting Past First Impressions

While Cancer and Leo don’t necessarily hit it off at first, they find there is more than meets the eye underneath. Cancer is intrigued by its inability to effortlessly read Leo. The Lion initially enjoys chasing the enigmatic Crab and appreciates a safe place to express its feelings once the relationship is established. Lively Leo helps lighten Cancer's darker moods and shows the Crab life outside its shell. Cancer is up to the task of offering the Lion the approbation and esteem Leo so desperately seeks. As long as the possessive Lion doesn’t try to assert total control and the Crab doesn’t sink so deep into sadness that Leo can’t pull it out, this pairing can be a source of love and support for both.

Zodiac Compatibility - Find out how the Love Relationship of Cancer and Leo look like when combining with other members of the Zodiac circle. How Compatible Cancer and Leo in their pairs are when matched with different Star signs and how they manage to maintain the Love Harmony with their loved ones.