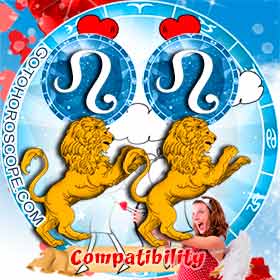 Leo and Leo – Two Stars with No Audience

While some Signs do very well with their twin, Leo is one that finds such a match challenging. The Lion needs to be the center of attention and has a very hard time sharing the glory with anyone. Leo can be very focused on what is important to itself. However, if the two can tame their egos, this can be a very powerful pairing. 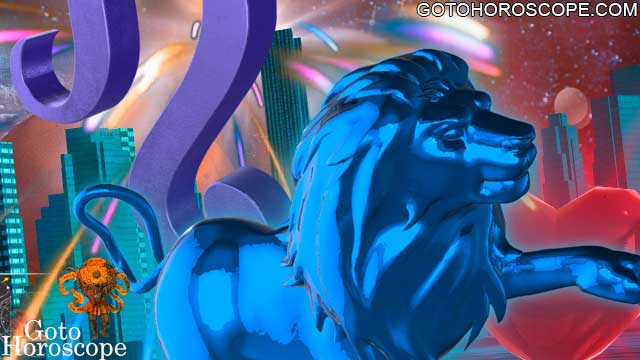 Leo is one of the most powerful Signs in the Zodiac. The Lion is a born leader and makes everything it does seem almost effortless. No matter what Leo is doing, the Lion manages to look good while doing it – even if the task is incredibly mundane. Leo’s magnetism pulls many people into its sphere, some merely in an attempt to share in the Lion’s splendor and not because they have any particular interest in Leo as a person. This leads to the Lion becoming a little suspicious of newcomers until they have proved their good intentions.

The Lion’s attention-seeking persona stems from Leo’s deep need for approval. However, if actual approval cannot be found, Leo will settle for any kind of attention. Even negative attention proves to the Lion that it is having some kind of effect on the world. This overwhelming need for acknowledgment can be quite difficult for Leo’s partner. The Lion will shift a good part of this requirement to its mate and so much constant appreciation and reassurance is a tall order to fill.

Despite Leo’s tendency to upstage everyone and its rather inflated ego, the Lion is quite popular and well liked. Leo is generous to the people in its life and will give a great deal to make them happy – as long as it gets credit for it, of course. This is no insignificant boon as the Lion is very good at collecting interesting and important people who can assist in nearly every realm, especially when the Lion uses its irresistible influence.

Leo bonds deeply with its mate and is extremely protective, which can easily lead to possessiveness. Because the Lion opens itself up so much to its romantic partner, Leo is cautious in committing and takes a lot of time getting to know a potential long-term mate. This doesn’t mean the Lion is above a quick tumble if the opportunity presents itself, but that person is unlikely to be chosen for anything more serious. 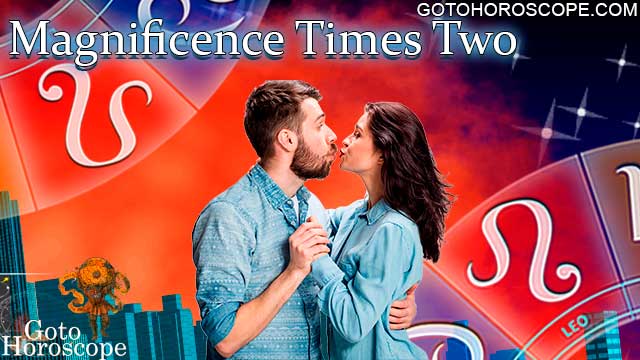 If the two Lions can figure out how to be costars in the drama of their lives, they can add much to one another’s existence. The Leos are equally social, and neither will find the gala that surrounds the life of a Lion tedious or overwhelming. Each Leo can relax in the knowledge that its partner will always handle any situation with éclat. The Lions will merge their large social circles making one very impressive collection.

While the Lion does its best to hide its need for attention, its fellow Leo is very well aware of it. Since appreciation is so important to both, the pair will understand the need to provide support and approval to its mate and each will go out of its way to do so. When the Lion’s need for approval is satisfied in a romantic relationship it is able to go about its business in the outside world in a much more relaxed manner.

Since the two Leos bond similarly, there won’t be any disparity in commitment and loyalty. Each Lion will be very protective of one another and the relationship. This greatly reduces the chances that their high-profile lives will come between them. The partners will be quite possessive of one another and this couple will spend a lot of time together. The Lions will be affectionate in public and very passionate in private. This pair is very well matched in the bedroom. Both are bold, confident lovers and their sex life is mutually satisfying. 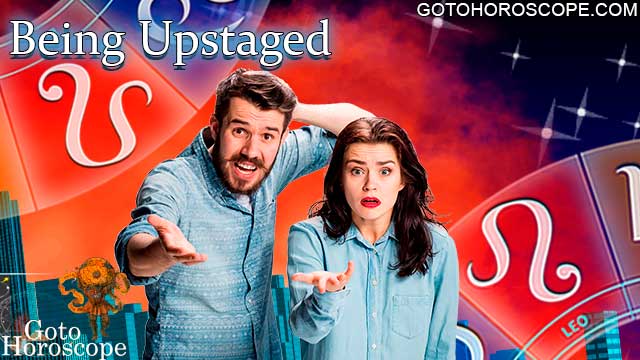 Although the Lion can be a generous and protective mate, Leo is generally quite self-centered. When this is selfishness is doubled, trouble is sure to follow. Leo will share the spotlight occasionally, but what happens when both partners want all the glory, all the time? This is sure to trigger a competitive atmosphere in the relationship that isn’t at all conducive to domestic bliss.

If each Lion is too occupied with its own glory, neither will be able to provide the approval the other so desperately needs. Without support from its mate, Leo loses its emotional balance and begins to seek attention outside the relationship. The more outside notice one Leo gets, the harder the other partner works to get noticed as well. Eventually, the Lions may be so focused on what it is getting outside the relationship that their cohesiveness as a couple is lost. The loyalty of Leo erodes when this basic need isn’t met and one or both mates may leave for a more appreciative partner.

Leo truly believes it deserves the best of everything. Some of this belief comes from its inflated ego, but mostly the Lion feels it needs to support its glamourous image. While Leo is fairly sensible in most areas of its life, this is one sector where the Lion lets its heart rule its head. There is a level of extravagance that can place a financial strain on the relationship, especially when both parts are pushing for what they want. 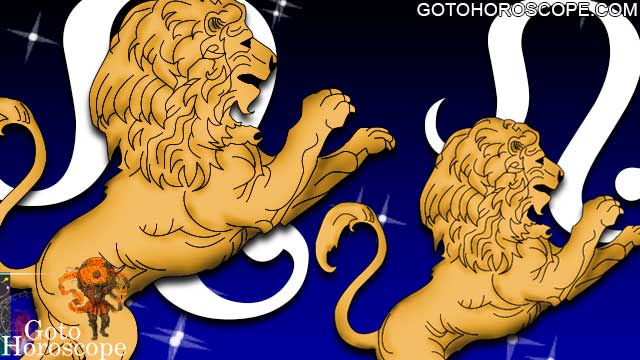 A Struggle for Selflessness

A Leo – Leo couple can make a magnificent display when it works. Together they take glamour to a whole new level. Their mutual circles of friends are merged to make a truly impressive collection. Yet it is very difficult for the Lion to share the glory, even with its mate. Leo’s egocentricity and insistence on precedence don’t mix well with someone who has similar needs. Although each Lion partner deeply understands its mate’s need for assurance and admiration, Leo will have a hard time looking away from itself to provide such support. While it requires a great deal of soul-searching and work, if the Lions can make it work their bond will be truly magnificent.

Zodiac Compatibility - Find out how the Love Relationship of Leo and Leo look like when combining with other members of the Zodiac circle. How Compatible Leo and Leo in their pairs are when matched with different Star signs and how they manage to maintain the Love Harmony with their loved ones.