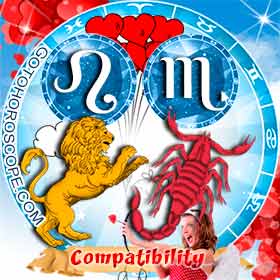 Leo and Scorpio – A Struggle for Dominance

Leo and Scorpio are both extremely powerful Signs, although their strength comes from different quarters. The Lion is a great leader and wears its authority on its sleeve. The Scorpion’s strength is much more esoteric, but no less profound. When this relationship works, it's truly a boon to both. When it goes badly, it is terrible indeed. 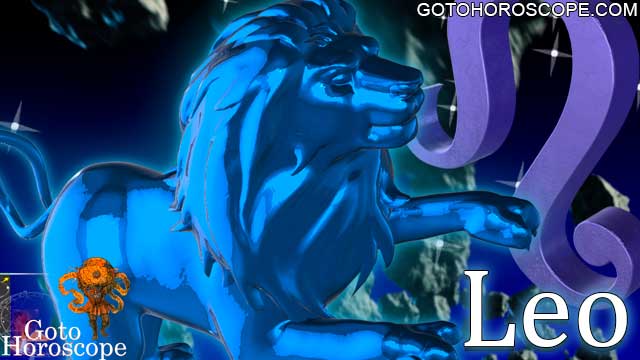 No matter where it is, the Lion is sure to shine. Leo has the enviable ability of being able to do almost anything and look good while doing it besides. The Lion collects people the way others might collect baseball cards. Leo is never happier than when surrounded by its entourage at some glamourous scene. Despite all this outward focus, the Lion is not shallow. Leo connects deeply with its loved ones and makes an exceptionally caring mate.

Its appearance of powerful invulnerability notwithstanding, the Lion desperately needs the approval of others. Leo has cultivated its ability to hide its thoughts and feelings to a high art and the Lion can be slow to let anyone into its private world. This is exacerbated by the multitude of people who simply follow Leo to bask in its reflected glory. While the Lion is chary of bestowing its feelings, sex is another matter. Leo is quite happy to engage in casual one-night stands with no expectations of anything more. 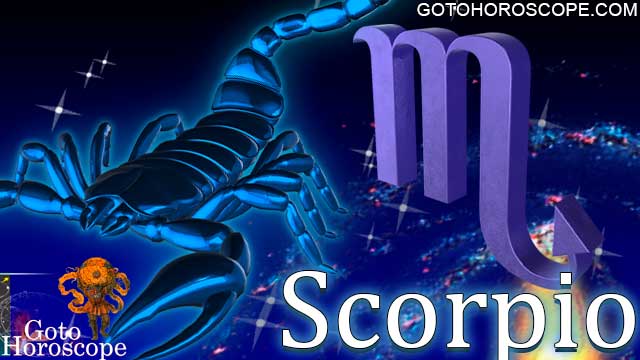 Scorpio is a difficult sign to pin down. The Scorpion seems to be a creature of contrasts and can shift from one extreme to the other in an instant. Scorpio may be loving one moment and hateful the next. The Scorpion is very hard to get to know and jealously guards its secret inner world. Often struck with dark moods, Scorpio has a particular interest in the darker aspects of human nature and will eagerly read murder mysteries and study the Occult.

Once the Scorpion finally decides to settle down, Scorpio uses sex as a tool to weld it indelibly to its chosen mate. The sexual act is deeply profound to the Scorpion, full of meaning and potential. As a mate, Scorpio is almost obsessive in its focus and can be extremely controlling. In return, the Scorpion partner offers a level of loyalty found in few other unions. 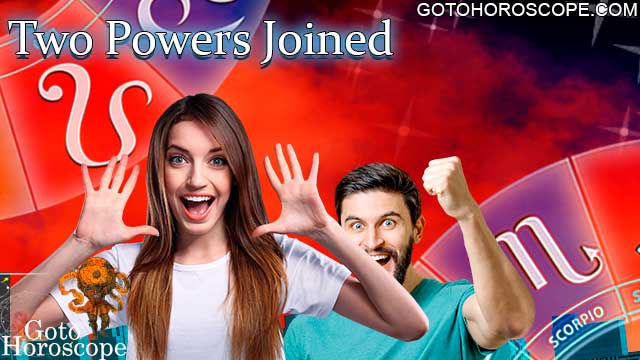 One surety in a Leo – Scorpio match is that neither partner will be overwhelmed by the strength of the other. This is actually one of the greatest advantages of this pairing as it allows both the Lion and the Scorpion the freedom to relax and be its true self without harming its partner. Scorpio is quite capable of taking on the roaring Lion without much emotional upset, in fact, the Scorpion finds Leo’s bluster rather amusing. The Lion is in no danger of being pulled in by Scorpio’s darker moods and can offer a hand back up into the light if the Scorpion needs it. Since these two hold their power in such different realms, they can balance one another admirably.

Above all, the Lion craves the limelight all to itself. Sharing attention definitely is not Leo’s natural state. Scorpio cares little for attention in general and is happy to let its Lion mate bask in glory unchallenged. With a deep understanding of the darker aspects of its partner, the Scorpion is well aware that Leo’s attention grabbing comes from a deep need for acceptance and respect. Scorpio is well able to deliver this and, since it is so self-contained, doesn’t need much approbation in return.

While both partners enjoy sex enormously, if they are to be a serious couple, they will wait before connecting physically. While sex can be quite a casual event for the Lion, Scorpio assigns great meaning to this act and finds it difficult to respect a casual lover the morning after. When these two finally make love, the combination of passion and power is a heady mix and both Leo and Scorpio will find that it has bonded them more profoundly than either could imagine. 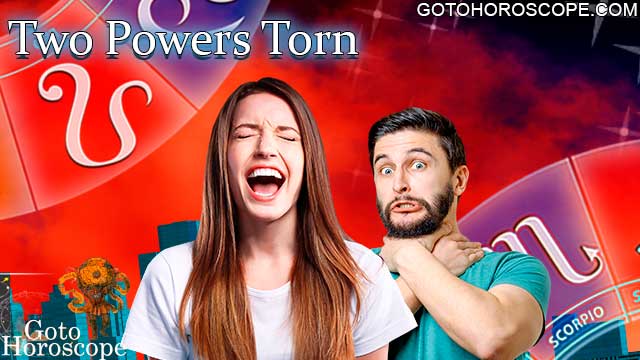 The potent power of a Leo and Scorpio can lead to an amazing relationship, but it can also result in an unmitigated disaster. This is indeed a combination of extremes and there won’t be anything just “okay” about this relationship. It will either be as wonderful as Heaven Above or at terrible as Hell on Earth. It is only with concentrated effort can this pair save themselves from the latter.

Both the Lion and the Scorpion are very controlling. This results in a relationship comprised of all leaders and no followers which is difficult, to say the least. The potential for an impasse here is immense and it's unlikely that either Leo or Scorpio will gracefully let go of its determination to be right. Compromise is nearly unknown to the Scorpion and the Lion is always sure it is correct. Leo may try to get loud and bully Scorpio into doing its bidding, but the emotionally autonomous Scorpion won’t be impressed by the fireworks.

While it is certainly possible for the Scorpion to emotionally support the Lion where it needs it the most, it is less certain whether Scorpio will choose to do so. Since the Scorpion doesn’t really understand why anyone needs the approval of others, it may decide the cost in energy is too great and refuse to pet and pamper the Lion all the time. When the Lion’s need for appreciation isn’t met at home, it will look outside the relationship for fulfillment. 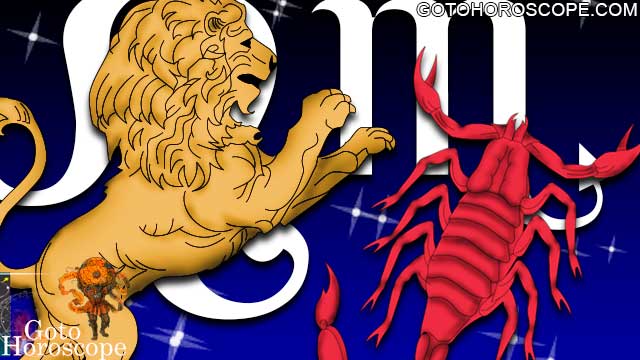 A Walk on the Tightrope

With so much dominance and pride at their command, it’s no surprise that a Leo – Scorpio match is a difficult proposition. While the Scorpion doesn’t mind letting the Lion hog the spotlight and is quite strong enough to deliver the admiration Leo needs, Scorpio doesn’t really comprehend the extreme need for approval so deeply ingrained in its mate. The Lion finds it hard to live with someone who isn’t susceptible to its blustering style when it wants its own way. If the partners really focus on being considerate and compromising with one another, this match can make each one even stronger.

Zodiac Compatibility - Find out how the Love Relationship of Leo and Scorpio look like when combining with other members of the Zodiac circle. How Compatible Leo and Scorpio in their pairs are when matched with different Star signs and how they manage to maintain the Love Harmony with their loved ones.