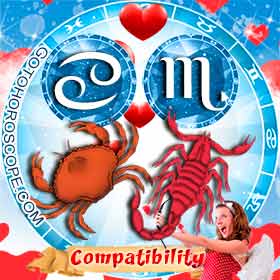 Cancer and Scorpio – A Pinnacle of Love

A Cancer – Scorpio couple has so much to offer one another. They are extremely well matched in all the most important areas yet have enough differences to support one another in weaker capacities while keeping the relationship fresh. Their interests mesh well, and they can always find a lot to talk about. 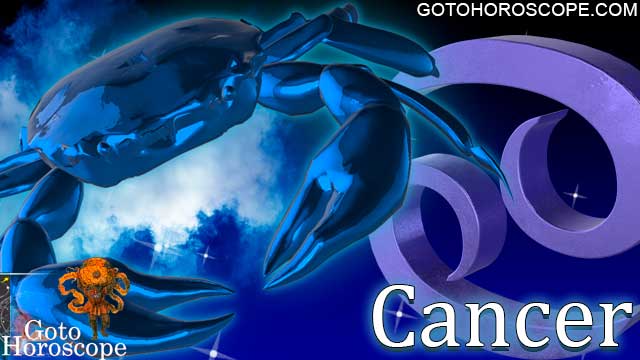 Mysterious and enigmatic, the Crab excels at unearthing what others think and feel whether it is wanted or not. While this would seem to be a big advantage in many areas of Cancer’s life, the Crab seldom uses this talent to further its own interests. Cancer builds relationships quickly, interweaving elements of its life with that of its partner in such a way as to make disentanglement difficult and downright painful. While the Crab may be indisputably devoted to its partner, its trust doesn’t come as easily and Cancer will withhold its deepest thoughts and feelings, perhaps forever.

Cancer exists on a constant rollercoaster of emotional ups and downs. When the Crab is at a high point, its charm is unsurpassed, and Cancer often becomes the life of the party. When the Crab falls back down, however, it is difficult to get Cancer to even leave the house. These extremes can happen rapidly. The Crab may be laughing and chatting amiably at a party one moment and on its way home in tears the next. 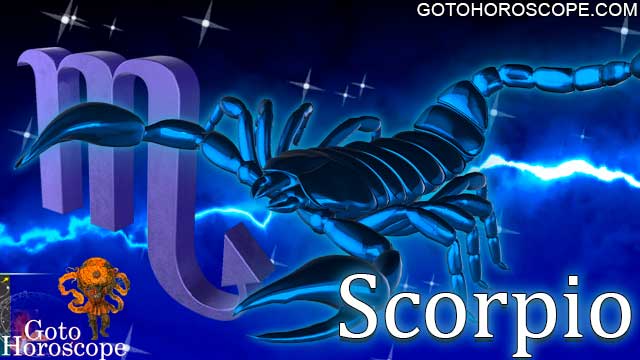 Scorpio is one of the strongest and most unpredictable Signs in the Zodiac. The Scorpion’s passion is all encompassing and can be quite overwhelming when focused on a single person. Being loved by Scorpio is a whirlwind of intellect and emotion together. The Scorpion is more than a little obsessive and makes its mate the center of its universe. Loyal and possessive, Scorpio leaves nothing in doubt when it comes to what it wants.

Along with its strong emotional penchant, the Scorpion has a superior mind. Scorpio loves to satisfy its curiosity about the world at large as well as the people in it. The Scorpion is attracted to darker and more arcane subjects such as the Occult and Murder Mysteries. Scorpio is completely devoted to its mate as long as its iron requirement of fidelity is observed. Should the Scorpion be betrayed, however, the wrongdoer will discover that Scorpio has a well-developed tendency to vengeance that it will exercise with the same awe-inspiring passion it applied to their love. 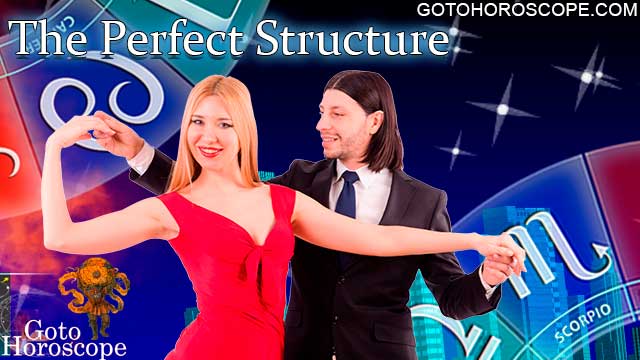 Cancer and Scorpio seem to make a connection almost before they are introduced. Both the Crab and the Scorpion instinctively sense the dynamic potential of this match. Perhaps the closest description here would be “soul mate”. This is not an instance of pursuer and pursued, but rather an explosive mutual courtship. The Crab will turn on its famous charm while the Scorpion simply radiates intensity. There is such magnetism between the two that everything else going on around them seems entirely insignificant.

Once the pairing is established, these two quickly consolidate their lives without a second thought. The Crab is in charge of the home front and aptly turns it into a perfect sanctuary where the couple can relax and explore one another mind and body. The Scorpion appreciates Cancer’s taste and shares the Crab’s love of beautiful things. It is upon this sumptuous stage that the pair plays out the dramatic performance of their life together, making love, meditating, and long discussions.

There is no need for jealousy in this relationship. Both the Crab and the Scorpion are incredibly devoted and faithful. Cancer’s tendency to be clingy is well complimented by Scorpio’s possessiveness and neither feels aggrieved by the swift solidification of their relationship. While the Scorpion is more prone to emotional fireworks than the gentle Crab, Cancer is generally empathic enough to forestall such drama.

Much more sophisticated than the Crab, Scorpio is normally quite successful in the real world. Its talent for strategy and persistence at following through makes for a great combination on the corporate ladder. Left to its own devices, the Scorpion can be almost cruel, but when tempered by Cancer’s affection, Scorpio softens and becomes a little less intense. 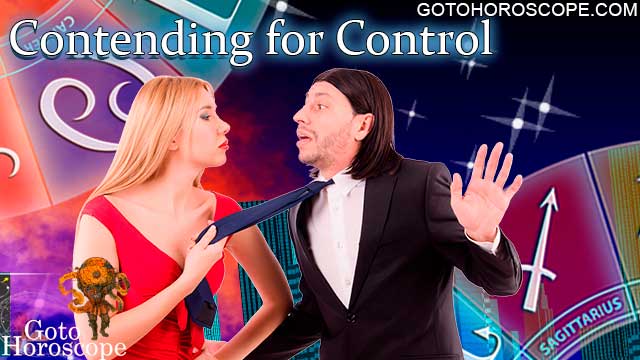 Cancer and Scorpio are amazingly well matched as a romantic couple and it's rare that they can’t make a go of it. However, when two such emotional personalities merge, the chance for disaster is always present. Both the Crab and the Scorpion have a well-developed tendency to be vengeful when injured. Since both partners intuitively understand one another, a situation where one deliberately hurts the other is rare. However, should some hidden scar be unwittingly uncovered, the repercussions could be severe and lasting.

Scorpio’s tremendous need for control is another place that could potentially cause issues for this couple. The Crab is generally quite malleable to its partner’s wishes. However, should the Scorpion try to assert control when Cancer is at the peak of one of its moods, there may be some resistance from the Crab. Scorpio will be at first bewildered and then affronted by the sudden independence of its partner and will be very likely to react badly.

While Scorpio isn’t subject to the deep depression that plagues the Crab, mood swings certainly are a part if the Scorpions makeup as well. If Scorpio and Cancer begin to absorb and reflect one another’s emotions, it will be very difficult for the pair to maintain balance. This can result in an emotional firestorm that leaves both lovers scorched. 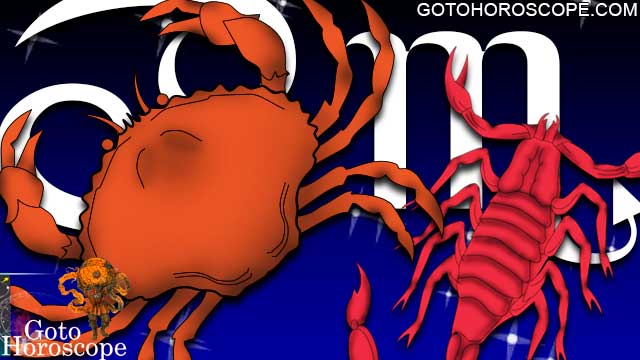 An Unlikely Couple that Works

Cancer and Scorpio together have such amazing potential. They spark one another’s interest almost instantly and quickly form a deeply committed bond. The Scorpion provides worldly support and structure for the Crab, while Cancer helps Scorpio mellow out and relax a bit. Both the Crab and the Scorpion love the time spent at home together, where they have created a peaceful haven filled with beauty and passion. Although it’s possible that the tremendous storehouse of emotion contained in this relationship could become explosive, as long as the partners are careful to maintain balance, Cancer and Scorpio together represent the peak ambition of many lovers.

Zodiac Compatibility - Find out how the Love Relationship of Cancer and Scorpio look like when combining with other members of the Zodiac circle. How Compatible Cancer and Scorpio in their pairs are when matched with different Star signs and how they manage to maintain the Love Harmony with their loved ones.