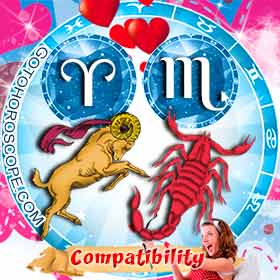 If there is one surety with an Aries – Scorpio paring, it is that sparks are going to fly! Whether they are sparks of passion or those of rage depends on how flexible the partners can be. The Ram and the Scorpion do have some things in common and their physical needs are well matched, but their hot tempers may be their downfall. 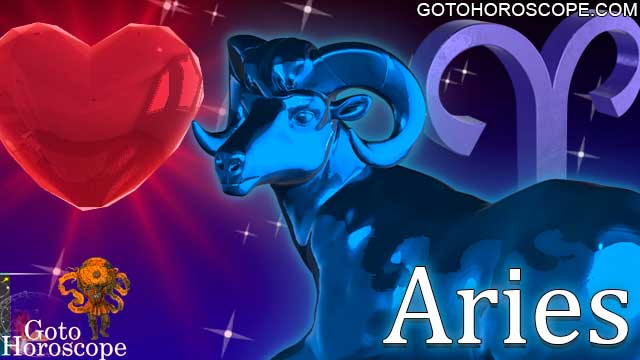 Rash and courageous, Aries loves to be where the action is. Even though the Ram doesn’t specifically seek out attention, Aries is sure to draw notice wherever it goes with its liveliness and off-the-cuff attitude. The Ram is decidedly social and quite enjoys being in a crowd. Various sports are a big attraction for the Ram as they cater to its competitive nature. A great day for Aries is spent cheering for its favorite team in a mob of its fellow fans. Since the Ram is quite athletic, Aries often participates in sporting contests itself.

Despite its wild personality, the Ram has a strong sense of honor. Aries prides itself on its honesty and forthrightness. While the Ram’s frankness could be considered admirable, sometimes this is delivered in a less than polite manner. This rudeness is not intended to hurt, but Aries isn’t very proficient at gauging the emotional reaction its words are likely to elicit. The Ram is, in fact, generous to a fault and loves to volunteer and employ its limitless energy in helping the people in its life. 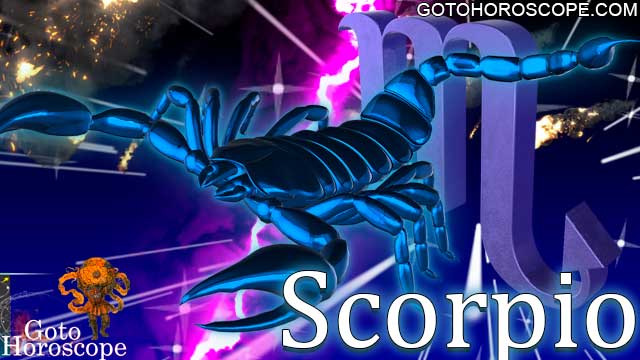 Shifting Scorpio may be one of the most interesting personas in the Zodiac. The Scorpion’s passion and swiftly changing moods often leave others unbalanced and unsure of themselves. It takes a very confident person to maintain equilibrium in the midst of Scorpio’s emotional storms. The Scorpion does best with a mate that doesn’t absorb or reflect emotions, but instead gives Scorpio the space to get a handle on its feelings.

While emotion plays an enormous role in Scorpio's personality, the Scorpion also has a formidable mind. Scorpio loves to delve into obtuse and dark subjects such as the Occult. There is definitely a morbid streak in the Scorpion. Scorpio is often fascinated with such activities as Murder Mystery Theater dinners and Ouija Board parties. A partner that will join the Scorpion in these activities will be dear to its shadowy heart. 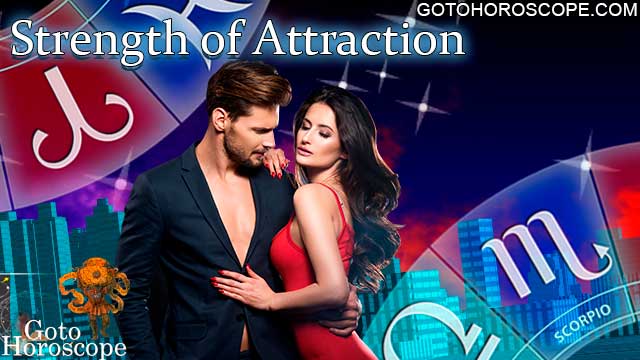 Notwithstanding their palpable differences, Aries and Scorpio do have some characteristics that appeal to one another. Their courtship will likely be initiated by bold Aries, who sees a challenge in capturing the guarded Scorpion. Scorpio’s unusual interests and passionate manner intrigue the Ram, who adores the novelty. In return, the Ram’s directness and never-ending energy draw the Scorpion, who tends to be rather secretive.

Since the Ram isn’t very perceptive when it comes to feelings, Aries isn’t likely to be drawn into the emotional tornado that often surrounds the Scorpion. In fact, if the passion isn’t actually directed at the Ram, it’s possible that Aries won’t react at all. This, at first, perplexes Scorpio, who is used to significant reactions to its mood swings. Eventually, the Scorpion realizes that the Ram isn’t being insensitive but is backing off to give Scorpio time to get itself in order. This allows the Scorpion to relax in the Ram’s company and really be itself.

Aries is always up for trying something new. It’s likely the uncommon activities that interest the Scorpion are completely novel to the Ram. Scorpio has just introduced a whole new world to the intrepid Aries and the Ram is eager to explore it. The Scorpion appreciates a companion as it walks its unusual path and may return the favor by participating in the Ram’s favorite pastimes. In this way, each partner has experienced an expansion of its horizons. 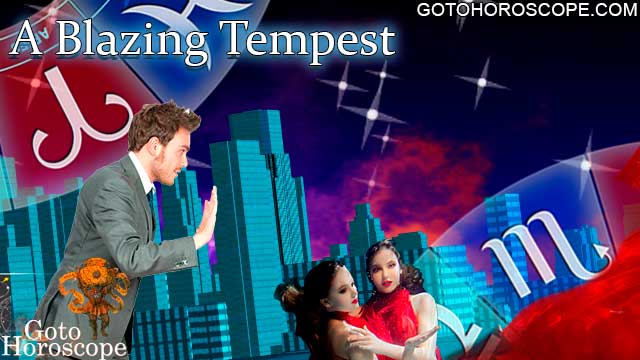 The Ram and the Scorpion is a most dynamic pairing, with the very real potential of both partners getting burned. The most likely fireworks will come from the pair’s domineering and obsessive personalities. Scorpio is persistent and controlling. Aries is competitive and overbearing. This is truly a situation with too many leaders and not enough followers. If a compromise cannot be agreed on, discord is inevitable. Should the Scorpion and the Ram end up in direct conflict, it will not be polite.

Genuineness is a basic value to the Ram and Aries is straightforward, if sometimes rude, in all its dealings with others. The Scorpion, however, tends to keep its thoughts to itself. To the Ram, this is an indication of untrustworthiness. The Scorpion, being secretive itself, expects others to be so and continuously probes Aries for what it might be hiding. When the Ram finally gets fed up with being constantly prodded, it will tell Scorpio what it thinks in no uncertain manner.

The Ram’s constant need for company is wearing for the Scorpion. Scorpio is often worn-out by its own emotional turmoil and needs time alone to recharge. Meditation and yoga appeal to the passionate Scorpion since these activities allow Scorpio to calm itself for a short period. While Aries will sample these pastimes, they generally won’t appeal to the wired Ram who finds itself restless and wanting something more active. In contrast, Aries loves the night life and likes to entertain frequently. With such wild variation in preferences, the couple may eventually quit exploring things together and spend very little time with one another. 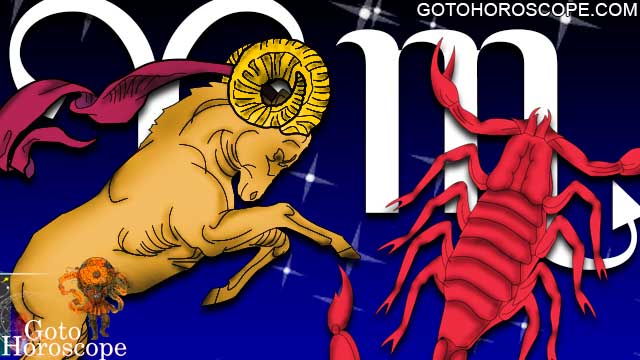 Leaders Without a Follower

The difficulties in a pairing between Aries and Scorpio are certainly significant. Both are aggressive, controlling, and persistent. It will be very difficult for the pair to make even the simplest decisions as neither is likely to give way. To add to this, their tastes in activities are so very different. The Ram may consider joining the Scorpion on its esoteric path for a while, but its restless energy and desire for company mean the novelty will quickly wear off. Scorpio’s secretive nature and the blunt frankness of Aries make trust a rare commodity between these two. The Ram and the Scorpion are probably better off as casual lovers or simply friends.

Zodiac Compatibility - Find out how the Love Relationship of Aries and Scorpio look like when combining with other members of the Zodiac circle. How Compatible Aries and Scorpio in their pairs are when matched with different Star signs and how they manage to maintain the Love Harmony with their loved ones.