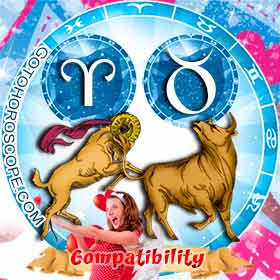 Aries and Taurus make for a really rough combination. The Ram is a fireball of energy, always going somewhere and doing it quickly. The Bull is slow and deliberate in everything it does. To Aries, home is a place to change clothes before the next activity while Taurus loves to sit quietly at home and relax. For these two to make a go of it, each will have to make some major changes. 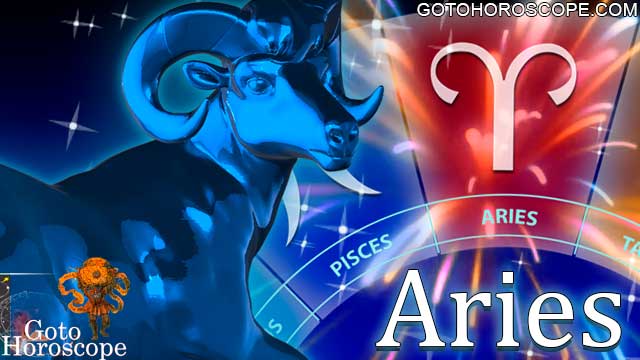 The Ram’s life is a veritable flurry of activity from the moment its feet hit the floor in the morning until its head hits the pillow at night. Extremely social, Aries loves anything that involves a crowd and a night spent alone is a waste of precious partying time. The Ram’s inexhaustible drive isn’t just applied to fun, Aries is formidable in anything it sets its mind to. The Ram’s reckless abandon and vivacious personality is a hard combination for most to resist.

Despite its caviler outward appearance, Aries has a strict moral code. The Ram is honest, sometimes even tactless, itself and it expects the same traits from those around it. Aries isn’t overly aware of the feelings of others, but there isn’t a mean bone in the Ram’s body. In fact, Aries is quite generous in nature and will happily lend its bottomless supply of energy to help someone in need. 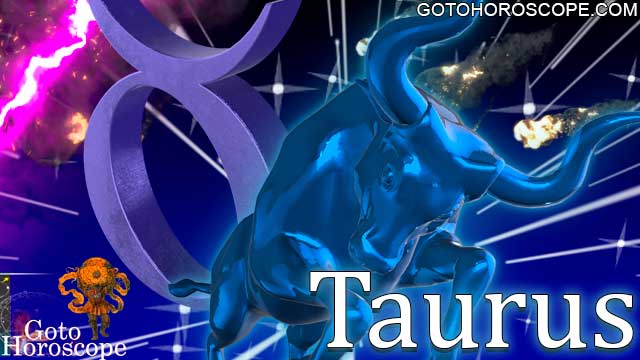 Perseverance is the Bull’s byword. When Taurus sets a goal, it methodically pursues it with infinite patience and supreme confidence. When the Bull is in “achievement mode” it is entirely focused and almost nothing can distract it from the end goal. Taurus pursues its romantic partners with the same single-minded determination that it chases a promotion.

Potential mates will find that the Bull is a formidable flirt, a delightful contrast to Taurus’s generally serious nature.

Taurus is highly domestic and loves to stay home. The Bull has impeccable taste and makes sure its home lives up to the highest standards. Furniture is understated and expensive while the meals are exquisite. To Taurus, home is a sanctuary from its interminable toil toward success. The Bull looks for serenity in a relationship as well as at home. Rather aloof, there won’t be a lot of emotional pyrotechnics with Taurus, except in the bedroom. The Bull has an exceptionally sensual nature, as evidenced by its love of beautiful things and cuisine. 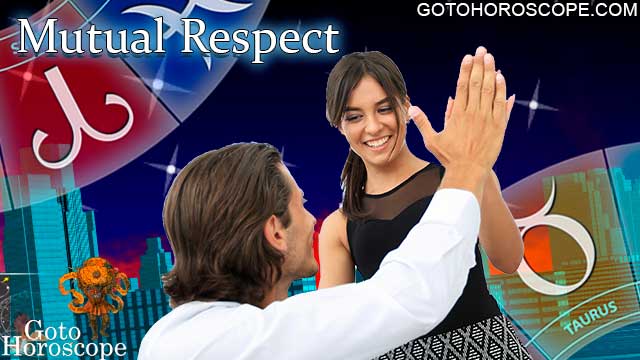 The Ram and the Bull are so different in such fundamental ways that the pair certainly seems destined to lock horns on multiple issues. While there’s no denying this match is difficult, with a lot of understanding on both sides Aries and Taurus can make it work, and become better people for the relationship. The real barrier to this is the Bull’s somewhat inflexible nature. However, the Ram is much more adaptable and could possibly make up the difference. Both Aries and Taurus relentlessly pursue their goals, so if a successful relationship is on that list, they may be able to make it work.

The very potential for incompatibility could be the initial draw between the Bull and the Ram. Aries can’t resist a challenge and seducing the aloof Taurus is certainly a formidable goal. The Bull enjoys watching the Ram at work and may feel Aries would make a willing and energetic lover. Both Aries and Taurus find excitement in their differences.

Emotional excess is not a trait that either Aries or Taurus possess, nor do they particularly look for it in a partner. While the Ram isn’t above an occasional explosive outburst, the calm Bull isn’t likely to light its fuse and any fireworks will be quickly quenched by Taurus’s immovable calm. Since neither partner is looking for a deep emotional bond, there is little pressure in this area of the relationship. The Ram is quite appreciative of the Bull’s comfortable surroundings and will happily join Taurus in a night of physical passion. 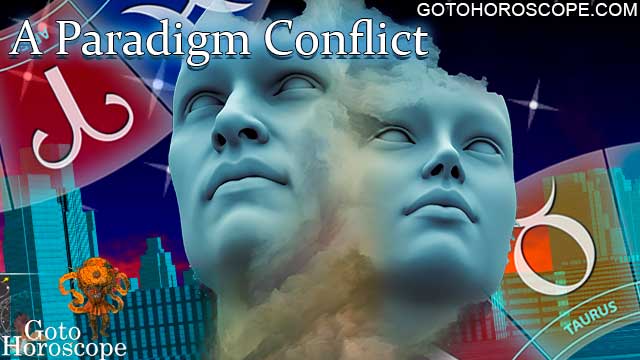 With such a wide breach between them, it’s hardly surprising that the Ram and the Bull should end up at odds with one another. Perhaps the most likely source of friction between these two is their degree of sociability. Aries loves being around people, the more the better. For the Ram, solitude is something to be avoided at all costs. On the other hand, the Bull is all about alone time. Taurus does well enough with other people if it furthers the Bull’s goals, but what it really loves is to unwind at home after a long day of striving. With such different ideas of time well spent, the Ram and the Bull are not likely to spend much time together if left to their own preferences.

Adventure is the Ram’s middle name. Aries loves active competition and needs to be constantly doing something with all the verve the Ram was graced with. Aries does everything quickly and wants things to happen sooner rather than later. The Bull’s patient, methodical way of doing things infuriates the Ram, who feels like a Pegasus chained to a mule.

This pair’s mutual strong mindedness and their high opinion of themselves offers another hurdle to their life as a happy couple. Aries can be quite overbearing, strongly convinced it is right in all situations. Taurus is just as sure of its own opinion and is quite unbending once its mind is made up. A major disagreement between such intractable personalities is unlikely to be resolved. 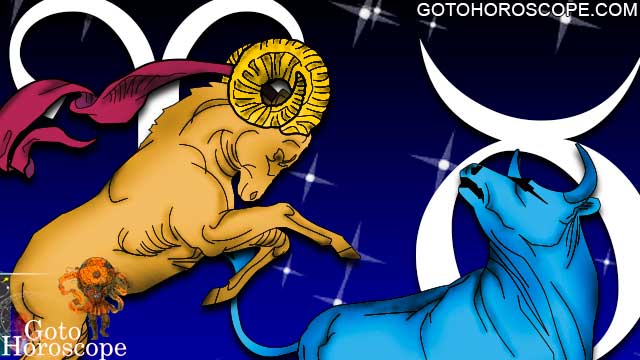 Aries and Taurus are an unlikely pair and for very good reasons. The reckless, competitive Ram’s basic traits are utterly opposed to those of the patient, reclusive Bull. There is certainly attraction between them, mostly through mutual admiration and the thrill of the chase, and their very differences add excitement to their courtship. But Aries and Taurus prefer to spend their time in very different ways. The partner’s thought processes are completely opposite with the Ram making lightning moves while the Bull carefully considers everything. Only by making major compromises will Aries and Taurus have a chance to make a contented life together.

Zodiac Compatibility - Find out how the Love Relationship of Aries and Taurus look like when combining with other members of the Zodiac circle. How Compatible Aries and Taurus in their pairs are when matched with different Star signs and how they manage to maintain the Love Harmony with their loved ones.