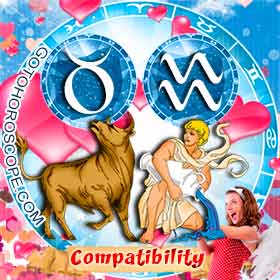 Taurus and Aquarius – A Rocky Road

With wildly different worldviews, an Aquarius-Taurus pairing can be a real challenge. The down to earth Bull has a hard time relating to the Water-Bearer’s eccentric ideas and personality quirks. Aquarius, on the other hand, finds Taurus stolid and a little boring – except in the bedroom. Life for these two might be easier if they remain more casual lovers. 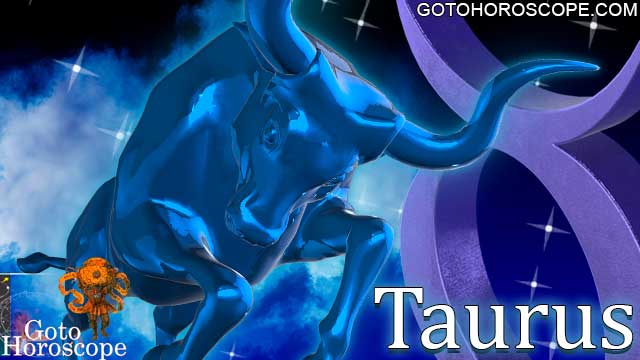 A solid Earth Sign, impassive Taurus can be as an immovable boulder. The ambitious Bull is persistent in the pursuit of its aims. With supreme certainty that it will attain success eventually; Taurus is extremely patient and doesn’t fret if progress is slow. Once the Bull reaches the top it thoroughly enjoys the material rewards that follow. A bit materialistic, Taurus enjoys shopping – but only for the very best. Taurus has impeccable taste and doesn’t seek out the ostentatious, but the Bull also doesn’t spare any expense on the things it wants.

The Bull has a deeply sensuous nature centered on the physical rather than the emotional. Emotionally, Taurus is quite chilly and aloof and will not suffer outbursts or drama. A fight with the Bull is like arguing with a soaring cliff, there may be a few echoes but it’s impossible to win. Despite its coolness, Taurus enjoys flirting and has honed seduction to an art form. As with other Earth Signs, Taurus is very domestic and enjoys spending time chilling at home. 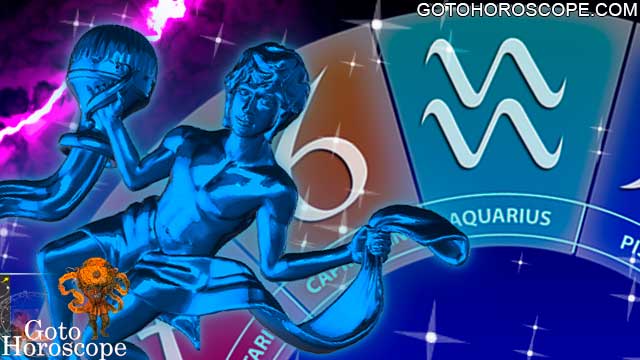 As is typical for an Air Sign, Aquarius is a child of the mind. The Water-Bearer is forever searching for companions that can join it in the search for truth and lively debate so near and dear to its heart. With a few exceptions, Aquarius is initially drawn to intelligence and wit rather than by an emotional connection. Once in a relationship, the Water-Bearer remains slightly detached and doesn’t take too much to heart. While this can frustrate a partner that craves a deeper connection, the laid-back attitude of Aquarius is a joy to less emotional mates.

Along with its intelligence, the Water-Bearer possesses an original, even eccentric, way of thinking. Aquarius is independent as is patently manifest in its disregard of other’s views. The Archer isn’t overtly contemptuous of these opinions, it just never occurs to the Water-Bearer that someone else might have a better idea. Along with this independence of thought, Aquarius can be a considerable loner. The Water-Bearer enjoys its own company and truly needs a certain amount of time to itself. 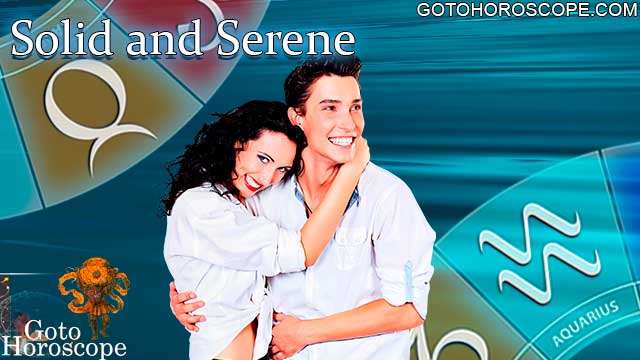 The key to a happy Aquarius – Taurus couple is serenity. Both the Water-Bearer and the Bull are laconic in nature when it comes to emotion. Aquarius simply drifts away from emotional excess without getting upset, while Taurus solidly faces it, as unaffected as a mountain. Neither partner will instigate emotional fireworks and they both appreciate the island their relationship provides from any drama that might come their way.

The Bull and Water-Bearer share an independent nature, but neither Taurus nor Aquarius makes any attempt to control its mate and jealousy is rare. Although the Bull is more possessive than the Water-Bearer, Taurus simply expresses this by observing its partner closely rather than trying to apply any type of restraint. This allows Aquarius to take time away without fearing recrimination. Both Aquarius and Taurus appreciate the experience of being allowed freedom within a stable relationship.

The Water-Bearer will make good use of the Bull’s perseverance and ambition when it comes to its humanitarian mission. As long as Aquarius can explain what it needs in a straightforward manner, Taurus Is happy to bend its incredible focus to help the Water-Bearer achieve its goals. In return, Aquarius can aid the Bull in its own profession by suggesting innovative ideas and methods. Taurus may or may not consider these ideas, but the detached Water-Bearer isn’t offended if its ideas aren’t acted upon.

Perhaps the most intense area of the Aquarius – Taurus pairing is the time they spend in the bedroom. The aesthetic Bull provides a feast for the senses in its romantic surroundings and the Water-Bearer appreciates the effort. Aquarius will rouse the generally reserved Taurus with new things to try and explore. 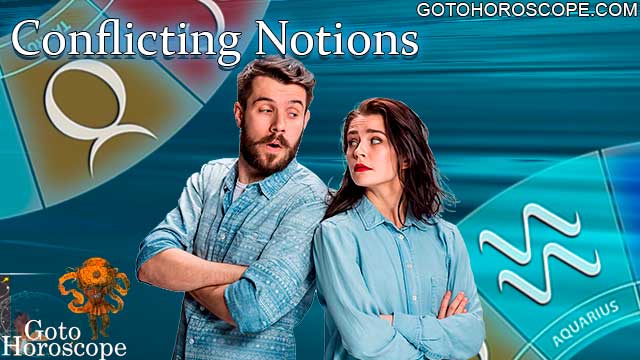 There’s no denying that there is a wide gulf between Aquarius and Taurus and a successful relationship will be a challenge. The biggest hurdle will be the different way each sees and reacts to the world. Although Aquarius can be analytical if the need arises, it much prefers to move through life guided by its more original self. Taurus has to work hard to understand the Water-Bearer’s original thought process which can be exhausting for the Bull. On the other hand, Taurus is very straightforward and rather unimaginative, so eccentric Aquarius may find the Bull slow and dull.

Despite the sexual pyrotechnics this match inspires, conversation between Aquarius and Taurus is likely to be less than inspiring. The didactic Bull won’t follow the creative Water-Bearer in flights of fancy, which Taurus considers a waste of time that could be better spent on something more productive. Aquarius, above all, loves lively conversation and the Bull just doesn’t measure up.

Both Taurus and Aquarius have a wide stubborn streak, although the Bull’s is more often in play than the Water-Bearer’s. Easy-going Aquarius doesn’t reveal its obduracy often, but if the issue in question is important enough to the Water-Bearer, nothing will change its mind. Should this arise, neither the immovable Bull nor the determined Water-Bearer will capitulate. 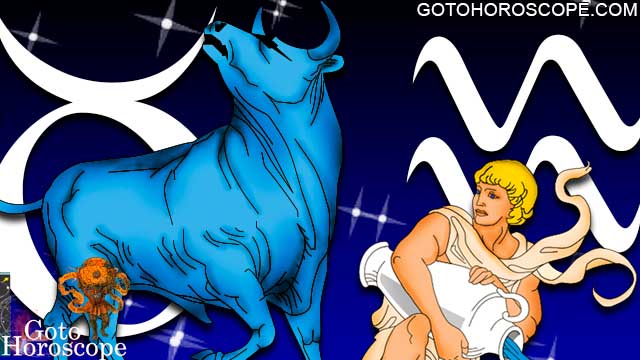 It’s hard work for Aquarius and Taurus to make a go of it. Their differences are tough to overcome, but they do have a few areas that promise to make the relationship an interesting experience for both. The Bull excels in the bedroom, especially with the imaginative Water-Bearer offering new ideas. Aquarius needs solitude and Taurus is quite willing to let that happen. The Bull’s perseverance and ambition can spur the Water-Bearer to take charge of its most important goals. As long as these two don’t get stuck in a stalemate and Aquarius finds an intellectual outlet outside the relationship, this couple can make it.

Zodiac Compatibility - Find out how the Love Relationship of Taurus and Aquarius look like when combining with other members of the Zodiac circle. How Compatible Taurus and Aquarius in their pairs are when matched with different Star signs and how they manage to maintain the Love Harmony with their loved ones.