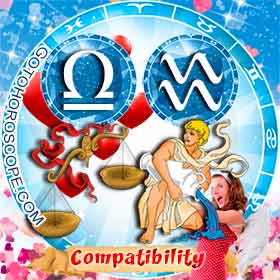 Aquarius and Libra get along really well. The pair generally starts out as friends, but quickly fit one another indelibly into their respective lives. The Water-Bearer and the Scales enjoy obscure pastimes such as meditation and perhaps some dabbling in the occult. Both Libra and Aquarius are Air Signs so emotional pyrotechnics are unlikely in this relationship. 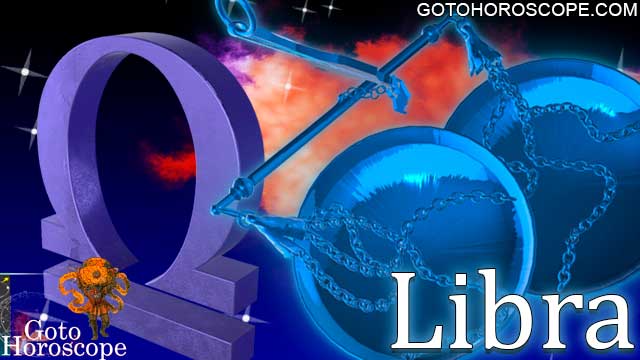 Exquisite Libra is the charmer of the Zodiac. The Scales spends a lot of time perfecting every aspect of its personal appearance, so Libra is usually considered attractive by friends and strangers alike. Even if not conventionally beautiful, Libra’s manner is so graceful that the Scales comes off as adorable. Because outward appearance is such a priority for Libra, the Scales can become fixated on its looks to the point of vanity.

Libra imagines that everyone should always get along well. Dissention is uncomfortable almost to the point of being painful to the Scales so Libra will become the peacemaker in its family as well as among any other group of people in its life. Despite the urge to pacify and smooth things over, Libra can be very outspoken and will roundly scold anyone it feels is in the wrong. However, the Scales is so likable after the dressing-down that any offence is quickly forgotten. This is a good thing as Libra hates being alone and requires a large circle of friends to keep it company. 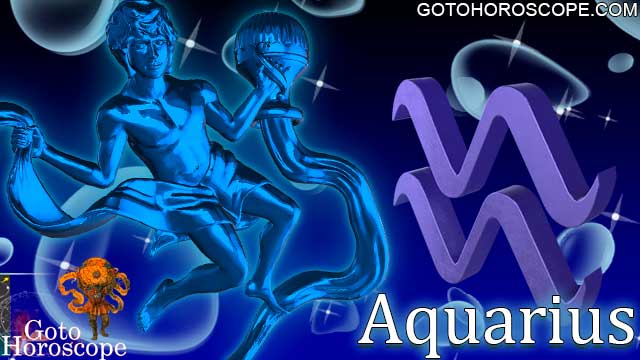 Maintaining a relationship with Aquarius is a delicate balance between togetherness and alone time. The Water-Bearer is decidedly independent and needs a certain amount of solitude to be happy. However, if left to go its own way too long, Aquarius is likely to take a path all the way out of the relationship without even realizing it. 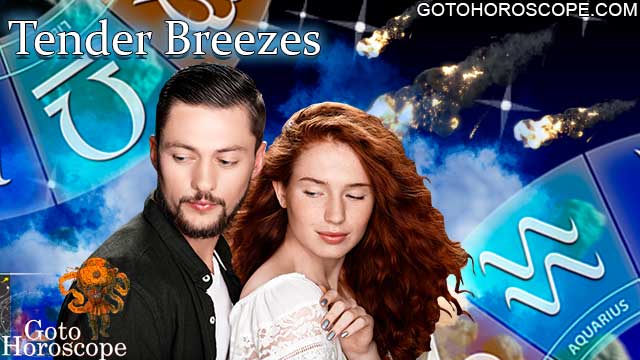 As is typical when two Air Signs pair, Aquarius and Libra begin as amiable companions who share common interests. The Water-Bearer is no more immune to the Libra’s endless supply of charm and anyone else, while the Scales finds the unconventional way Aquarius’s mind works fascinating. The Water-Bearer’s originality and the tractability of the Scales mean the sky’s the limit. The couple will have lots of fun together exploring anything that takes either’s fancy.

Both Aquarius and Libra are fairly serious and enjoy digging deep into philosophy and other abstract subjects. The Scales loves altruistic causes and will back the Water-Bearer completely in its humanitarian efforts. Aquarius will appreciate it when Libra uses its charm to help oil the wheels of progress while the Scales finds a new circle of acquaintances and topics for conversation.

Neither Aquarius nor Libra is particularly controlling, so jealousy isn’t really an issue with this couple. Since the Scales is far more social than the Water-Bearer this is indeed fortunate. Libra’s large circle of friends provides plenty of company while Aquarius gets the alone time it desires.

Since both are so easy-going, arguments between Libra and Aquarius are few and far between. The Water-Bearer avoids drama, and the Scales cannot bear dissention, so even when disagreements happen, they are never fierce. Generally, it is Libra that gives way. However, should the issue be vital to the Scales, it will back off and use charisma and charm to carry its point rather than continue the conflict. 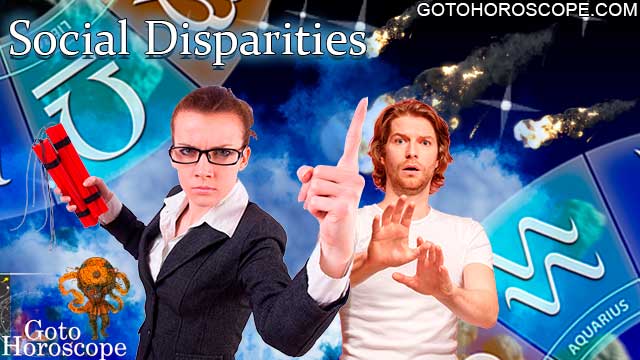 Libra and Aquarius have so much in common, it may seem they were custom-built for one another. While it’s true that the Scales and Water-Bearer have a great chance to build a healthy and satisfying relationship, there are some real pitfalls the couple can fall into. These dangers arise from the pairs difference in assertiveness and sociability.

Aquarius is quite assertive and once its mind is made up it’s very difficult to get the Water-Bearer to move in another direction. While Aquarius will give its romantic partner’s opinion more value that it gives to the sentiments of the world at large, the Water-Bearer still places its own judgement squarely on top. Much more compliant, gentle Libra will be hard pressed to have much control over any aspect of the relationship. This can lead to a life together that is completely designed by Aquarius with little consideration of the Libra’s preferences.

The quintessential social butterfly, Libra thrives in the company of others. The Scales is miserable and restless when alone. Because of this, Libra maintains a large circle of friends and plans many events. In contrast to Libra’s sociability, Aquarius is mostly a loner and needs time to itself. This works as long as it’s possible for the Water-Bearer to get away, but if the Scales gets in the habit of filling their home with people there is nowhere peaceful for Aquarius to go. When the Water-Bearer finds it cannot achieve physical solitude, Aquarius will resort to becoming less present mentally and emotionally detach from the relationship. Busy Libra may not notice this until the Water-Bearer is too far away to bring back. 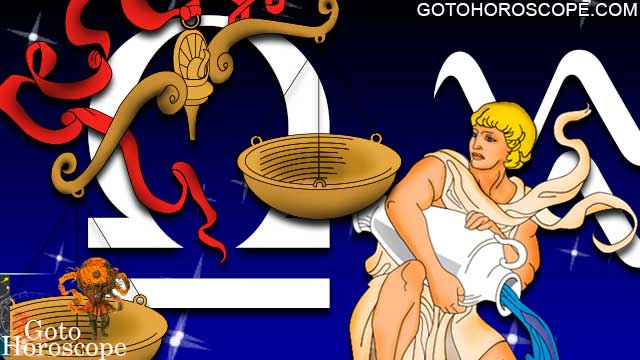 All in all, Aquarius and Libra are a likely pair. They love spending time exploring new ideas and peculiar philosophies. There is very little arguing between the partners, if only because the Scales can’t bear dissention. Rather than fight, Libra will charm its way to acquiescence. The Water-Bearer can be obstinate at times but is easy-going enough to allow the Scales to think this method works. There is a risk that the relationship could become too one-sided since Aquarius is quite assertive and Libra is not. The difference in the couple’s need for company is another potential arena for friction. If Aquarius is careful not to disregard Libra’s wishes and the Scales arranges its social tendencies in a way that doesn’t interfere with the Water-Bearer’s solitude, this can be a very happy couple.

Zodiac Compatibility - Find out how the Love Relationship of Libra and Aquarius look like when combining with other members of the Zodiac circle. How Compatible Libra and Aquarius in their pairs are when matched with different Star signs and how they manage to maintain the Love Harmony with their loved ones.