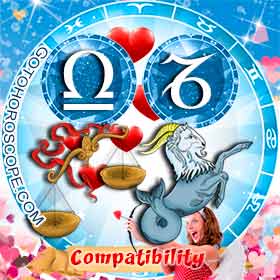 Libra and Capricorn – Harmonious but Stifling

The best thing about a Capricorn – Libra match is that it is an extremely harmonious one. Capricorn avoids drama and Libra is eager to maintain accord at almost any price. A major downside is that both can be quite materialistic, and they will encourage one another in the worst aspects of this. Without any major differences, there is little opportunity for growth and the calm between Goat and Scales will not inspire either to improve themselves. 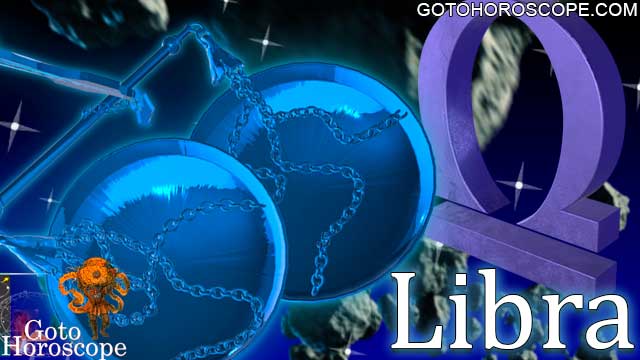 Libra is the most charming sign in the Zodiac. The Scales goes to great lengths with its appearance and can be somewhat vain. If finances allow, Libra will happily spend money on cosmetics, salons, and clothes. The Scales always looks put together and turns heads wherever it goes. No other sign is as adept in being appropriate and graceful in every situation.

As represented by the Scales, Libra is a born peacemaker. The Scales cannot bear discord between anyone in its life and will go to heroic lengths to mend bridges between everyone – even those who seem to be happier fighting. Despite its graceful deportment, Libra is quite outspoken and will roundly scold both parties and impartially bring forth their faults in hopes they will be corrected. 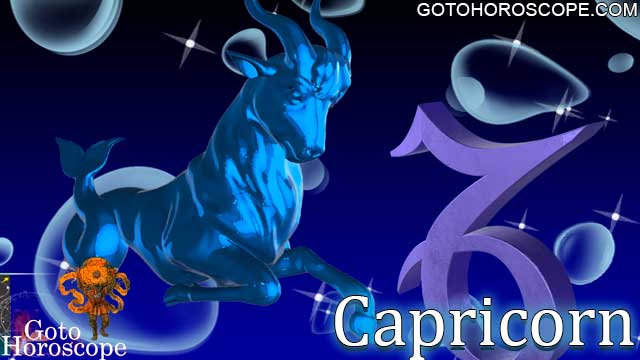 Earth sign Capricorn is most notable for its caution and practicality. The Goat always has its eye on the ball and never makes a move that isn’t carefully contemplated. It’s nearly impossible to hurry Capricorn as the Goat will just stubbornly dig in. Once this happens, almost nothing will move the Goat until it's ready. Even when it appears Capricorn has made an impulsive choice; it is over something the Goat has been thinking about and has considered from every angle.

Capricorn follows the same slow, logical process in choosing its romantic partners. The Goat has deep feelings but does not reveal them until the object of its regard has taken the time to prove their worth. While others may believe this to be an indication of emotional frostiness, the Goat considers this to be merely realistic. Under that icy exterior, Capricorn is sensitive and knows that once its affections are given, there’s no turning back and a great potential to be hurt. 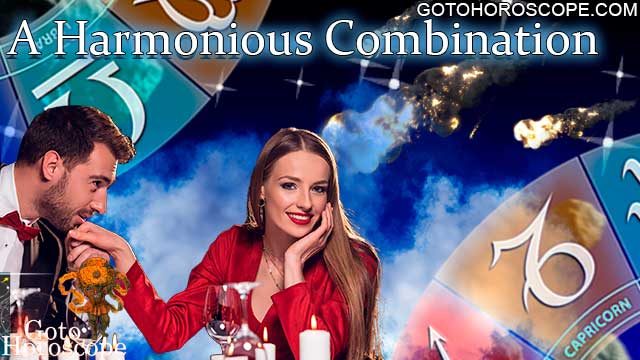 As a couple, there is very little friction between the Goat and the Scales. Libra is attracted to the successful, ambitious Goat as someone who can provide a comfortable, safe life. Capricorn is far from immune to Libra’s charm and loves the tranquility that comes from spending time with the Scales. Capricorn hates drama and Libra fears conflict and so everything stays quiet on the home front.

Even though Capricorn is not terribly concerned about its own appearance, the Goat appreciates beauty in others. Relentless in pursuit of success, Capricorn quickly sees that a beautiful and appropriate Libra can be a great asset when it comes to networking. Since Libra loves to be shown off and enjoys social occasions far more than the uptight Goat, the Scales is perfectly happy to be “shown off”.

Home life is blissful in this match as Capricorn not only provides a comfortable home but helps with the housework. Libra loves beautiful things and is quite happy to transform their nest into a showplace where it can entertain friends. The Goat is a workaholic by nature and the slightly lazy nature of the Scales can help the Goat to slow down and enjoy life more.

Capricorn’s loyal character appeals to Libra and the slow, deliberate way the Goat approaches romance allows the Scales the time it needs to get used to the idea. Since both Libra and Capricorn like to do things slowly, it is unlikely that they will ever rush one another to do anything. It is a welcome relief to both that they can do things at their own pace in a world that so often rushes them. 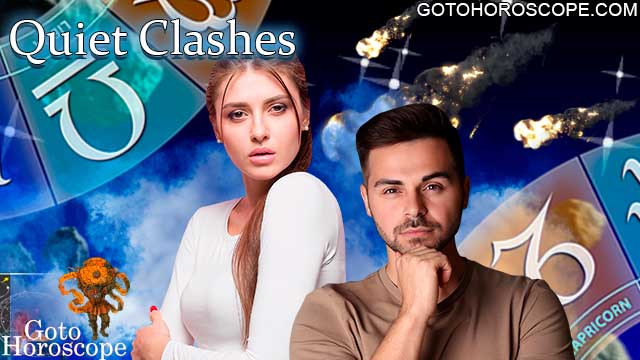 It may seem like a Capricorn – Libra couple is a match made in heaven, but there are some real problems here. While they get along well, they are too quiet together and don’t inspire one another much. There is a real danger of stagnation and the match can lose all passion and just become a roommate situation.

Even though Capricorn is not dramatic about it, the Goat is always under pressure. Capricorn’s motto is “if you want something done right, do it yourself” and so the Goat often takes the world upon its shoulders. This means the Goat needs time alone to decompress and home is the Goat’s retreat. Libra hates solitude and wants to have people over frequently. The Goat may see this as an imposition upon its peaceful hideaway.

While Capricorn loves the finer things in life, the Goat will only spend money in a way that does not put a strain on finances or interfere with its objectives. Honest Capricorn will only buy what it can afford as the Goat wants to be respected for the things it has actually accomplished. Libra loves beautiful things and can be heedless to the consequences of its material desires. This can lead to friction between the two when controlling Capricorn refuses to give Libra free rein with the pocketbook.

Both Capricorn and Libra are serious and slow to make decisions. This means that there will be few adventures in the relationship. Passion is quickly stifled in such a tranquil atmosphere. It is entirely possible that Libra will become involved with friends and activities while Capricorn will bury itself in work. This can easily result in a roommate rather than a romantic relationship. 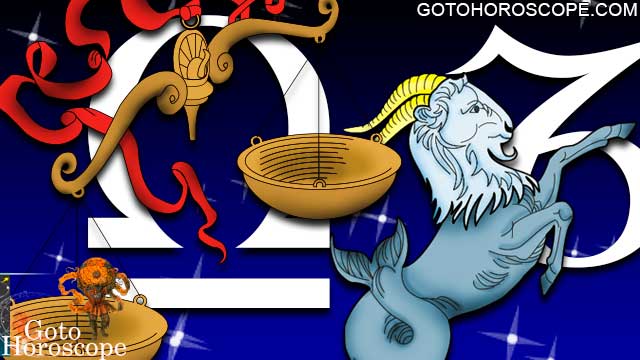 On the surface, Capricorn and Libra seem to be flawless partners. They get along perfectly – too perfectly. Without any tension, there will be no growth. The Goat and the Scales may soon find themselves in a rut and will begin to look outside the relationship for stimulation. Troubles between these two will not result in fireworks, which would actually be good, but with Libra capitulating for the sake of harmony. Still, these two can undoubtedly live together and everything will look picture-perfect.

Zodiac Compatibility - Find out how the Love Relationship of Libra and Capricorn look like when combining with other members of the Zodiac circle. How Compatible Libra and Capricorn in their pairs are when matched with different Star signs and how they manage to maintain the Love Harmony with their loved ones.