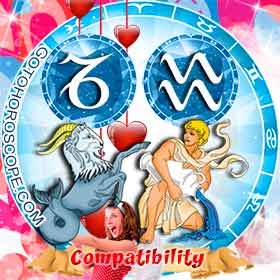 Capricorn and Aquarius – An Intellectual Relationship

Capricorn and Aquarius have different personalities, yet not so different that the “opposites attract” maxim works here. They are both intellectual and love logic. The Goat and Water-Bearer are also both very stubborn and the potential to butt heads is very high. Yet they do have some similar interests, and these can be used to bridge their differences and bring them together in the end. 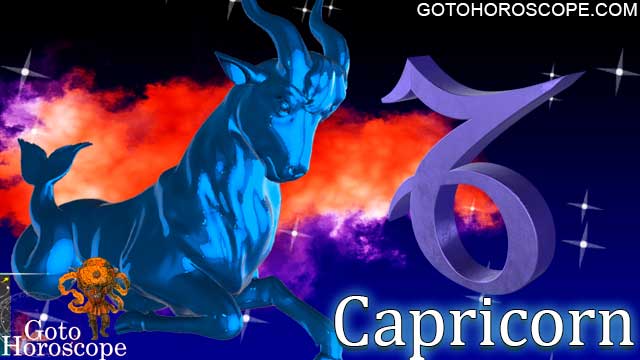 An Earth sign, Capricorn is ambitious and persistent. The Goat puts a very high value on success, both their own as well as that of their partner. Capricorn is the sign most likely to be accused of being a workaholic. This is due to the relentless determination with which the Goat climbs toward its goals.

Practicality is always crucial to stolid Capricorn and every move the Goat makes is carefully considered. Romantic decisions are treated no differently than any other. This can make Capricorn seem cool and unemotional but, in this case, appearances are deceiving. Capricorn is deeply emotional and once the cautious Goat allows someone in, they are rewarded with an abundant supply of love and loyalty. 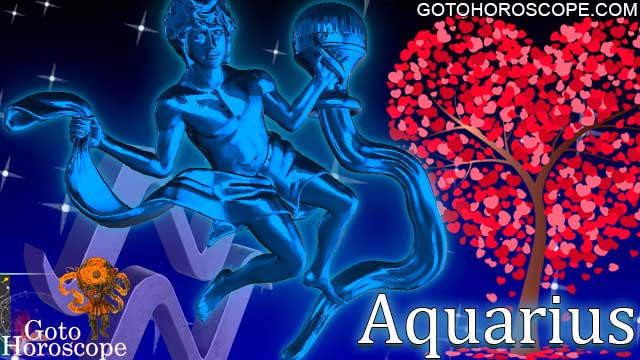 Like its fellow Air signs, Libra and Gemini, Aquarius is not deeply emotional, but is analytical and can be extremely cold on a personal level. This detachment can cause much suffering for the Water-Bearer’s romantic partners. Often intensely involved in humanitarian works, Aquarius seems to care more for humanity in the abstract than for individuals on a more personal level.

Original to the point of eccentricity, Aquarius likes to forge its own trail to whatever destination seems appropriate. Aquarius is highly independent so what other people think doesn’t seem to cross the Water-Bearer’s mind much. This makes Aquarius seem very easygoing, but aloof and not super involved in anyone else’s goals or passions. 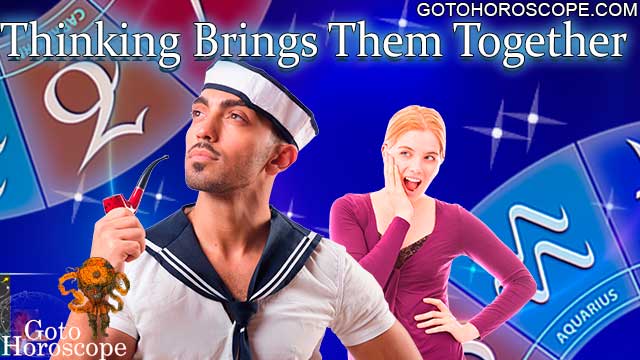 Thinking Brings Them Together

At first glance, Capricorn and Aquarius seem to have a lot in common. They are both logical and value thought over emotions. Both are independent and assertive. The Goat and Water-Bearer both love to learn and revel in the esoteric. Yet there are some fundamental differences that must be overcome if this is to be a match. While Capricorn only seems cold on the surface, but is actually deeply emotional, Aquarius really is analytical and detached. The Goat seeks success and the acceptance it brings while the Water-Bearer cares little for society’s, or anyone’s, approval.

This is a relationship that usually begins as a friendship over both sign’s love of learning. Capricorn reads voraciously, has a wide knowledge of many different topics, and is always happy to learn more. Aquarius also loves to learn and is especially interested in more abstract subjects such as philosophy and religion. The Goat and Water-Bearer will spend hours discussing such subjects and this can lead to a romantic pairing.

Capricorn and Aquarius value logic and analysis. The Goat and Water-Bearer each weigh their choices carefully and do not let emotion sway them. This means neither is likely to be offended when the other makes a decision based on rationality rather than feelings. In fact, this is one facet of personality that is most likely to them closer together.

Since both Capricorn and Aquarius are independent, there’s no real risk of either feeling trapped by a “clingy” partner. Capricorn appreciates the Water-Bearer’s humanitarian affinity, especially since it gives them another topic for discussion, and Aquarius admires the Goat’s relentless drive to reaching its goals. Ideally, the Water-Bearer will let Capricorn chart a path towards those goals and the Goat will take advantage of Aquarius’s original ideas and point of view. 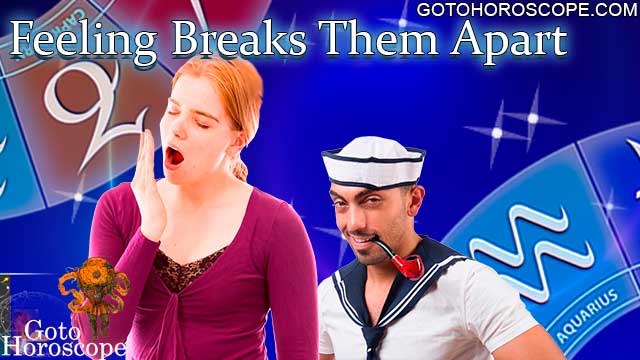 The difficulties of a pairing between the Goat and Water-Bearer are significant. Their differences are fundamental, but they are not opposites, so they don’t act as complements to each other. On the surface, both Capricorn and Aquarius appear to be logical, cool, and assertive. In this case, appearances are deceiving.

As cool and composed as Capricorn seems, the Goat has profound feelings that are carefully walled away until trust is established. On the other hand, the Water-Bearer remains detached and cold. This can result in heartbreak when Capricorn does not get the deep emotional relationship the Goat needs. Aquarius doesn’t do this deliberately, and the Water-Bearer often doesn’t even realize there is an issue, especially since Capricorn will suffer in silence rather than complain.

Along with the disparity in emotional needs, Aquarius and Capricorn are both extremely stubborn. This can lead to long conflict when there are disagreements since neither the Goat nor the Water-Bearer is likely to capitulate easily. While their clashes are unlikely to be dramatic, they will drag on and on, sapping energy and leaving resentment behind.

The domestic front is another potential area of trouble for the Goat and the Water-Bearer. Capricorn is highly domestic and revels in building and maintaining a cozy nest. The Goat is almost obsessive about its surroundings and requires a tidy, practical living space. Aquarius is much more easy-going and often doesn’t understand what all the fuss is about. This results in Capricorn doing all the household work and resenting it.

When two independent signs pair up, there is always the chance that they will grow apart without special care. This is certainly a real possibility with a Capricorn-Aquarius pairing. Capricorn, hurt by the Water-Bear’s lack of emotional reciprocity, will bury itself in work while Aquarius blithely pursues its own agenda, not even realizing there is a problem. 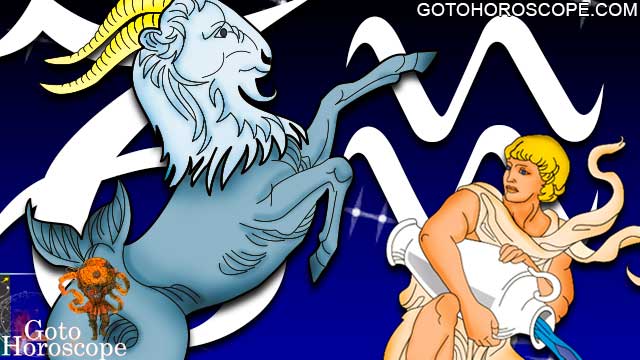 More compatible as friends than romantic partners, Capricorn and Aquarius can find common ground through their love of exploring ideas and concepts. They will happily spend hours together in a discussion of the most abstract subjects. Yet there is a wide disparity in emotional needs between the Goat and the Water-Bearer that is sure to need delicate handling in a successful relationship. Both signs are stubborn, and arguments are not easily resolved. Finally, domestic arrangements are likely to rest on uptight Capricorn’s shoulders as laid-back Aquarius just doesn’t see the point. Still, if the mental stimulation is intense enough and the two can lever their partner’s strengths to further their own goals, this is a match that can work.