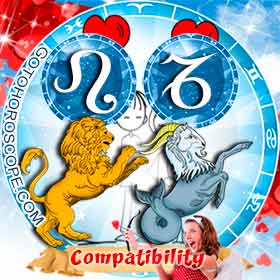 Leo and Capricorn – Strong Together

On the outside, Capricorn and Leo are wildly different. While the Goat quietly pursues its goals, the Lion loves, or rather needs, to be the center of attention. The two are very strong personalities and that can definitely lead to conflict. But both Capricorn and Leo crave the respect of the world and carefully guard their privacy. These points of similarity can be levered to build a strong and satisfying relationship. 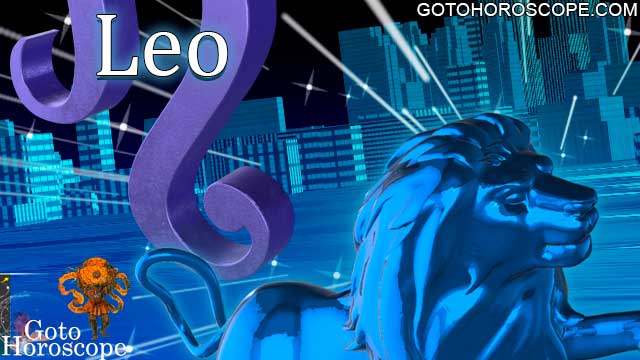 Vivacious and expansive, Leo definitely lives up to its Lion sign. If there’s one person in the room that gets noticed above all, it’s a Leo. This is no accident as the Lion actively seeks notice. While Leo’s outer confidence seems genuine, the Lion’s attention-seeking stems from a deep need for approval. This profound need is the thorn in the great Lion’s paw that makes him roar so loudly.

A natural born leader, Leo is great at bringing people together to get the task at hand accomplished. Despite a larger-than-life ego, the Lion is popular and well liked. As part of this carefully crafted picture of self-worth, Leo surrounds itself with objects that represent prestige and success - even if such extravagance places a palpable strain on the Lion’s finances. Along with treating itself to the best, Leo is generous toward others and can be very protective of the people in its life. 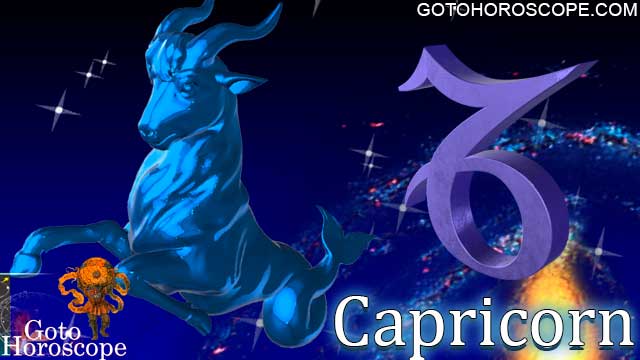 Climbing Capricorn’s primary driver is ambition. The Goat will work tirelessly to achieve the success that is so important to Capricorn’s sense of self. Material success is often a large part of the Goat’s achievements, but the large house or fancy car are not sought-after for themselves. They are a physical symbol of Capricorn’s success. Although the Goat loves to show the world what it has accomplished, honest Capricorn will never overspend or indulge in luxuries it can’t afford.

The Goat Is generally reserved and doesn’t often wish to be the center of attention. It can be very hard to get to know a Capricorn as the Goat carefully guards its heart from the world until someone proves they are worthy of trust. Once Capricorn commits to a mate, the lucky object of the Goat’s affection will be loved and protected with a passion that few signs can equal. This protection includes enjoying the domestic nature of Capricorn who happily provides a comfortable and orderly home. 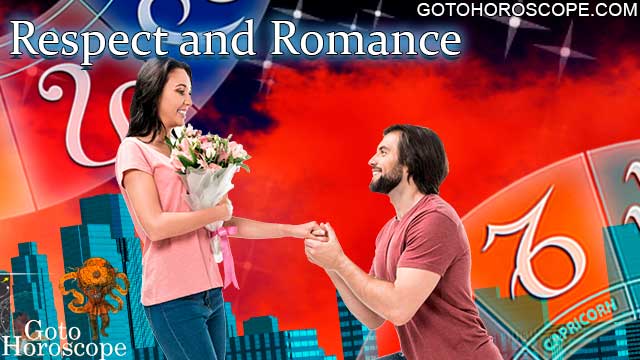 While they may come at it from different angles, Capricorn and Leo both appreciate success for the respect it brings to them. Capricorn works steadily and quietly towards its objectives while Leo sweeps in with a roar and vanquishes every problem. The fact that the Goat doesn’t seek the limelight makes it easy for the Lion to bask in being the center of attention without worrying about hurting Capricorn’s feelings. These two can help each other enormously in their career pursuits as well. Capricorn can provide impetuous Leo much needed practicality while Leo can help the reserved Goat with networking opportunities.

It seems incongruous with the Lion’s desire to be the center of attention, but Leo guards its privacy carefully. Capricorn shares this trait, and both can relax in the relationship as there is no fear of either partner indiscreetly gossiping about the other. The Lion is decidedly protective of those it cares about and could easily become possessive. The inherent loyalty of the Goat gives the Lion no reason to roar and Capricorn, with no desire to stray, doesn’t mind being loudly claimed by its partner.

There is a lot of passion in a Leo-Capricorn match. Leo very much enjoys the duality of prudish Capricorn in public and passionate Goat in private. The Lion is an accomplished flirt and takes pleasure in drawing serious Capricorn into the game. Secure in a protected relationship, the Goat is able to relax and flirt back. As to lovemaking, both are lusty and considerate partners determined to satisfy each other. 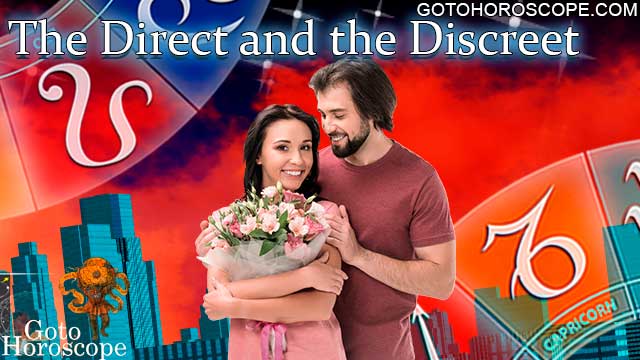 The Direct and the Discreet

While it is entirely possible the Capricorn and Leo can make a great couple, there are many potential pitfalls in the relationship. The Lion’s overbearing need for attention can wear on reticent Capricorn’s nerves, especially if Leo insists on dragging the Goat to all the glamourous events that it so adores. While these events energize the Lion, Capricorn will find them draining. The Goat values respect rather than attention and finds it difficult to understand the Lion’s need for adulation – especially if the notice is derived from force of personality rather than true accomplishment.

Leo’s extravagance can be another serious source for tension between the partners. Conservative Capricorn will be unhappy with the Lion’s lack of deliberation when it comes to budgeting and its willingness to spend the Goat’s fiercely defended cache. The Goat loves nice things, but not as much as balanced finances. Like a spoiled child, Leo insists that it deserves the finer things whether they are affordable or not and considers Capricorn unnecessarily frugal. Much conflict can result from this issue and it is probably best that these two keep their finances separate.

Both Capricorn and Leo are leaders, but with wildly different styles. If a serious conflict arises between them it will be difficult to resolve. Capricorn will quietly dig in its heels and persist in the belief that it is correct. Leo will roar and attempt to carry its point with a lot of bluster. It will come as a great shock to the Lion to discover that this method has no effect on the stubborn Goat and that only logical thought will change Capricorn’s mind. 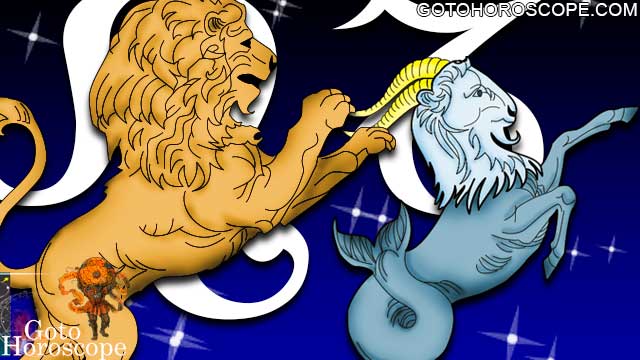 Capricorn and Leo are both strong and ambitious. They seek to be respected and value their privacy. These common traits can provide a solid foundation for a healthy relationship. The Goat’s loyalty reassures the possessive Lion that its trust has not been misplaced. The Lion’s vivacious personality can inspire much needed liveliness in reserved Capricorn. If the pair can compromise on social functions and they have a thorough understanding of their respective financial styles, they can bridge their differences and show a strong front to the world.

Zodiac Compatibility - Find out how the Love Relationship of Leo and Capricorn look like when combining with other members of the Zodiac circle. How Compatible Leo and Capricorn in their pairs are when matched with different Star signs and how they manage to maintain the Love Harmony with their loved ones.