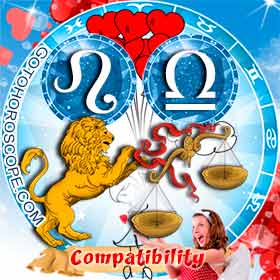 Leo and Libra – So Happy Together

A Leo – Libra pairing seems to happen effortlessly. This couple gets along famously, similar in the best ways with enough differences to support one another’s weaknesses. The Lion and the Scales are so happy together they even share the spotlight with one another. This couple inspires fascination and envy everywhere they go. 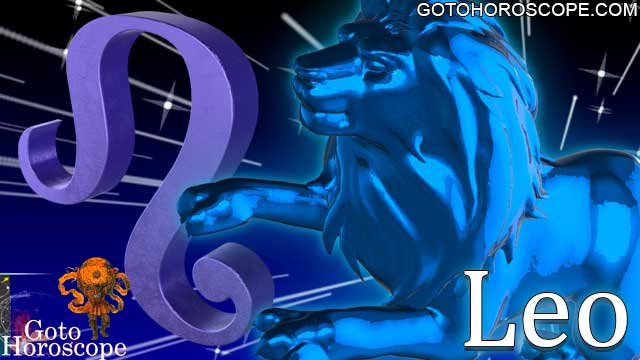 The roaring Lion draws attention wherever it happens to be. Leo somehow always manages to be at the middle of the action, fully believing everything is about it – or at least it should be. The Lion takes charge so blithely that it seldom occurs to anyone to object. Besides, Leo is so good at so many things and brings such a vast network of connections that letting the Lion have is way is a great way to get a project up and running with the least amount of effort.

While Leo has the appearance of supreme confidence, the Lion desperately needs the approval of others. It’s true that Leo certainly possesses an excess of ego, but a large part of the Lion’s roar is search of attention and admiration. Leo bonds quite deeply with its mate and this relationship, if a good one, can take on a lot of this compulsion and take the pressure of performance down a notch for the Lion. 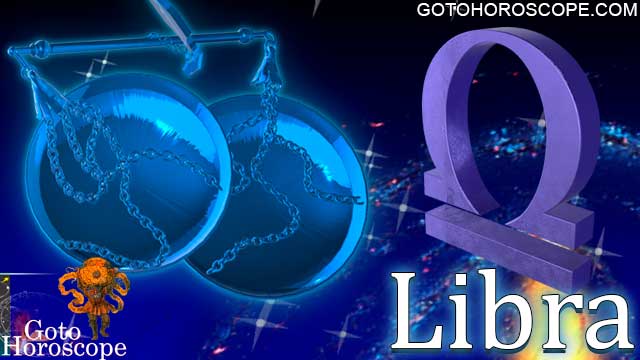 Libra is all about balance. The Scales does everything with moderation and grace. Yet despite, or perhaps because of, this understated manner Libra draws attention wherever it goes. The Scales abhors dramatic displays of emotion and desperately desires the people in its life to get along well. When there is dissention in the ranks, Libra is sure to be the peacemaker. In this way, the Scales can be a bit of a busybody since its unique ability to see both sides of an argument often gives Libra the impression that people can’t solve their own problems without its help.

The Scales isn’t usually a deeply emotional person. While Libra certainly bonds to its loved ones and is caring and loyal, there won’t be a lot of passionate excess from the Scales in any relationship. The Scales is the consummate diplomat, and it can be extremely difficult to pin down Libra’s true feelings. The Scales is quite uncomfortable when left alone and so it is in its best interest to get along with everyone. 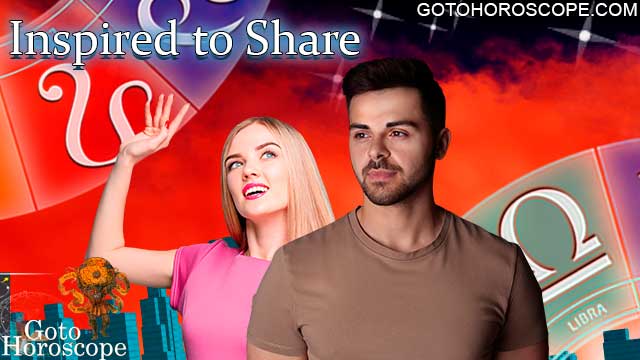 One of the most striking elements of the Leo – Libra couple is their aura of total accord. This pair acts as if they are life-long friends almost from the first moment they meet. The Lion loves how Libra’s cool dignity sets off its more ebullient air. In fact, the subdued poise of the Scales, far from making it invisible, draws as much attention as the Lion’s roar. Leo appreciates having a partner sure to behave appropriately in any situation.

Libra and Leo become a devoted couple very quickly, a rare occurrence for both as the Lion and the Scales tend to guard their feelings carefully. Passion simmers between these two, which is commonplace for Leo, but a new experience for the reserved Libra. These two are happy to be together whether they are at a gala ball or at home watching a movie. While the Scales isn’t as demonstrative in its affection as the Lion, Libra makes it perfectly clear that it appreciates and admires its Leo mate. The Lion loves Libra’s way of making it feel exceptional.

This pair loves live in the limelight and they make an admirable couple at home as well. Libra loves to decorate and beautify the house and is quite happy to do the household chores. The Scales is so willing to take on the majority of the housework and does it so cheerfully that the Lion finds itself pitching in without prompting. Both Leo and Libra insist on the very best so together they build a magnificent domicile. 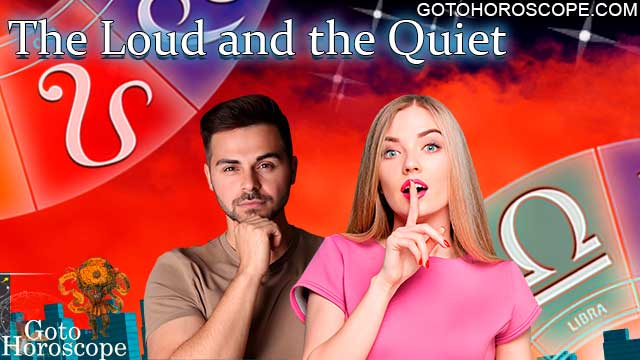 The Loud and the Quiet

There aren’t too many potential problems between Leo and Libra. The Scales is so diplomatic and charming that it takes real effort to get and remain angry with it. Still… Libra does have a temper. It is slow to ignite, but once the Scales gets going – watch out! Leo has a temper of its own, much less restrained and all the more spectacular. This pair will never fight in public and both are so good a concealing what they really think and feel that their anger doesn’t show at all. A real fight between these two is likely to be particularly nasty and cause a lot of damage to both partners.

It is possible that this pair may be pulled apart by their respective activities. Although the Lion and the Scales do their best to intertwine their lives in such a way that they do almost everything together, it’s possible that some situations won’t allow this. If either member of this couple gets so involved in something that it can’t give its partner the attention and time its mate needs, there will be negative consequences to the relationship since neither Leo nor Libra is at all happy when alone.

Both the Lion and the Scales are quite possessive of their lovers so jealousy may possibly rear its ugly head. This is more likely to come from Libra than Leo since the Lion can hardly imagine anyone else could be more attractive than itself. Leo is a bit of a flirt and this may spark jealousy in Libra. The Scales won’t suffer this in silence and will abandon its usual self-possession to make its displeasure known to both its partner and the object of attention. 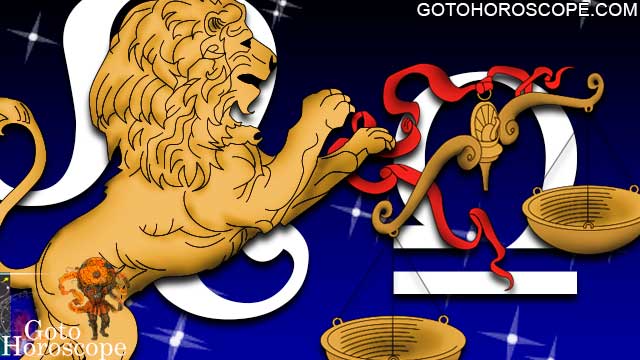 A Match to Watch

The obvious affection and consideration between Leo and Libra make this the couple everyone wants to hang around. The Scales gently tames the unruly Lion while Leo generously shares the spotlight with charming Libra. This pair has much in common and shares an uncannily close relationship right from the beginning. As long as the pair remains considerate of one another’s feelings and the Lion reserves its flirtatious nature for only its mate, this couple will continue to be an example of true happiness.

Zodiac Compatibility - Find out how the Love Relationship of Leo and Libra look like when combining with other members of the Zodiac circle. How Compatible Leo and Libra in their pairs are when matched with different Star signs and how they manage to maintain the Love Harmony with their loved ones.