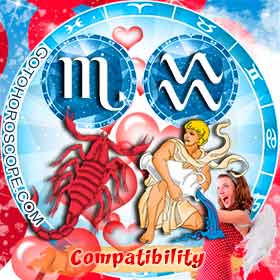 A match between passionate Scorpio and detached Aquarius may seem doomed from the beginning. Yet, with effort, they can overcome their differences with their mutual need for space. The Water-Bearer’s easy-going temperament can brush off Scorpio’s rugged emotional landscape with less distress than a more emotional partner might. 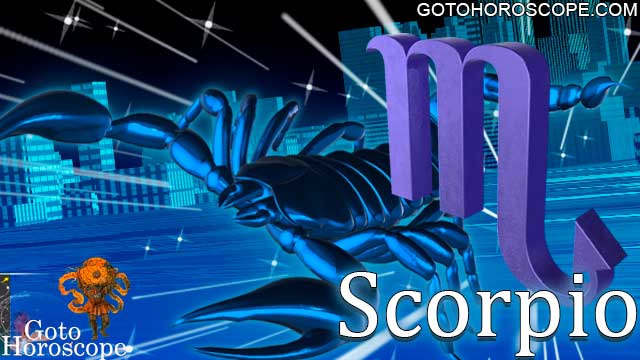 As with all Water Signs, Scorpio is all about emotion. But where Pisces and Cancer are gentle, the Scorpion often sears its partners with the intensity of its feelings. It takes a strong person to survive the emotional maelstrom that accompanies the love of a Scorpio. Being selected by the Scorpion means having a passionate mate whose love almost amounts to an obsession. Scorpio gets fixated on its partner and can become very controlling in an attempt to completely join their respective lives. 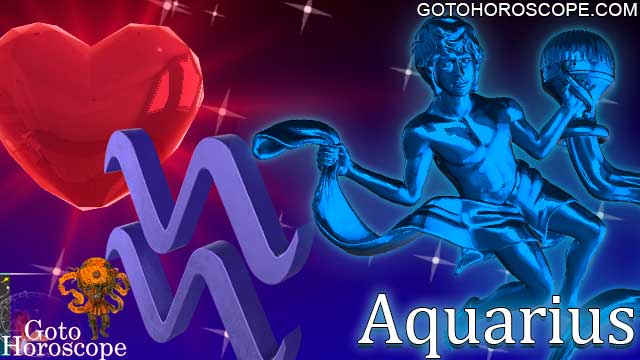 Aquarius, with its easy-going temperament and eccentric habits, breezes through life like the Air Sign it is. The Water-Bearer doesn’t seem to take anything too personally and is often accused of being “not present” in its relationships. This isn’t entirely true, but Aquarius does have a striking lack of concern about anyone else’s opinion and can find it difficult to muster enthusiasm for the interests of others. 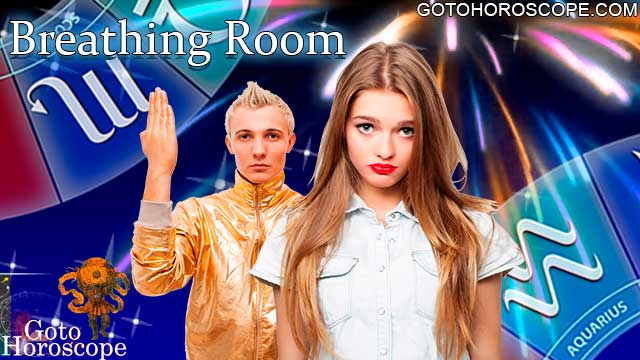 What makes it possible for ardent Scorpio and aloof Aquarius to make a go of it? The couple’s success lies in the Water-Bearer’s ability to detach. The Scorpion’s raw emotion is too much for many – sometimes even its own self. Aquarius’s analytical mind and disregard of feelings keep it from getting drawn into Scorpio’s dramatic excesses. The Water-Bearer doesn’t take much personally and allows all that commotion to simply dissipate without getting scorched by it. Aquarius’s coolness provides a steady presence that helps calm the Scorpion. Scorpio allows the Water-Bearer to explore its own emotions without any fear of repercussions.

While Aquarius and Scorpio are dissimilar in the scope of their emotions, they are well matched in the mental arena. Neither the Water-Bearer nor the Scorpion is interested in living a conventional life. Noted for its eccentricity and “hippy” vibe, Aquarius tends to be more in tune with the cognitive aspects of its partner than their emotional makeup. The Water-Bearer loves to discuss philosophical ideas and explore new subjects with its mate and a relationship with Aquarius often begins in the midst of lively debate. Scorpio loves off-the-wall subjects, such as the occult or obscure religions, and will joyfully explore them with the Water-Bearer. When these two get going, hours can slip away in the blink of an eye.

At first glance, the Water-Bearer’s independent nature seems destined to clash with the Scorpion’s obsessive and controlling ways. The moderating factor here is Aquarius’s laid-back personality. The Water-Bearer won’t be controlled and will simply back away without rancor until Scorpio gets itself rebalanced. Aquarius enjoys rather than resents the resulting solitude, so the time apart is useful to both partners.

Passion is so much a part of the Scorpion that it must be released in some way. Life with the Water-Bearer is soothing since the flames are seldom fanned with one major exception – in the bedroom. Sex allows Scorpio to expend its emotional overload with Aquarius in a way that is comfortable for both partners. While the Water-Bearer doesn’t experience their lovemaking in as profound a way as the Scorpion, Aquarius is happy to oblige. 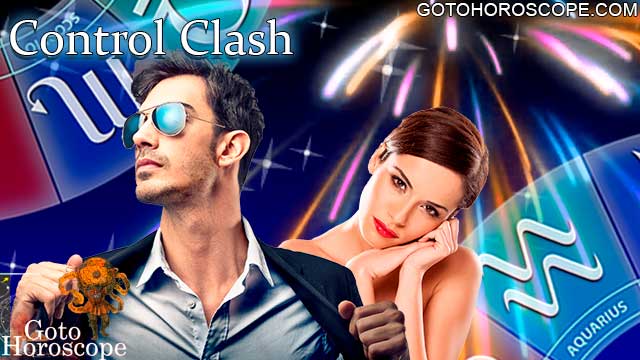 For the most part, the Water-Bearer’s detachment is the saving grace for this couple, but it can also be their downfall. The Scorpion needs to be assured of its mate’s devotion and loyalty, and Aquarius will be hard pressed to show enough emotion to satisfy this need. In response, Scorpio will become almost obsessive its attempt to arouse an emotional reaction from the Water-Bearer. Generally, Aquarius simply walks away from such situations, but the persistent Scorpion may not allow this to happen. Scorpio may quickly find that trying to hold the Water-Bearer is like trying to grab a handful of air. 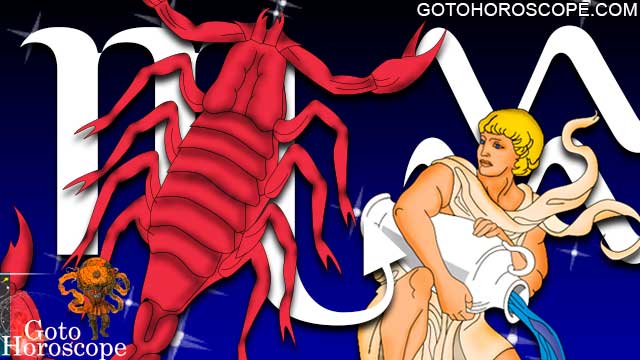 While it may seem that Aquarius and Scorpio don’t have much in common, the two can make a very good pair. The Water-Bearer’s easy-going tendencies and lack of emotional excess balance the passions of the Scorpion. In effect, Aquarius becomes the calm in the storm. Together, the pair enjoys long discussions on many topics – the more off-the-wall, the better. If Scorpio can refrain from trying to tie the Water-Bearer down, Aquarius will always come back for more.

Zodiac Compatibility - Find out how the Love Relationship of Scorpio and Aquarius look like when combining with other members of the Zodiac circle. How Compatible Scorpio and Aquarius in their pairs are when matched with different Star signs and how they manage to maintain the Love Harmony with their loved ones.