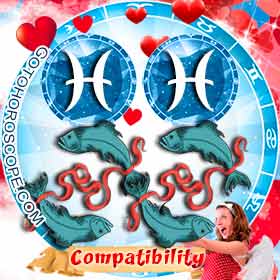 Pisces and Pisces – A Mystical Combination

When two Fishes join forces, their world will never be the same. This pair will join with earth-shattering depth right from the beginning. In fact, the attraction is so profound that one of the Pisces couple may simply run for the hills if it is not ready for the bond of a lifetime. If they make it past the initial shock, each Fish will be graced with a partner that understands it completely. 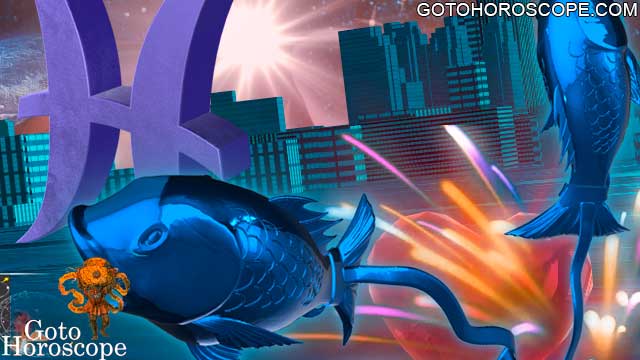 Always the romantic dreamer, Pisces often finds life rather too harsh for its tender sensibilities. The Fish has a difficult time dealing with any type of discomfort and would much prefer to run away than stand its ground when faced with adversity. This has made Pisces a master at escaping when it wishes, and the Fish can simply disappear in a moment. Whether Pisces retreats to the world in its own head or some more dangerous pleasure depends on how healthy its outside relationships happen to be.

The Fish is generally introverted and needs solitude to recharge, especially after time spent with a large number of people. Pisces is highly empathic and it’s a bit of a strain to have so much emotion pressing against its skull. The Fish absorbs the feelings of others and has little defense against drama. While it does need time alone, Pisces much prefers to be in a relationship than to live a single life. The Fish needs a partner to help stabilize its world and pull it out of the melancholy moods to which it is prone.

Pisces is a tender and romantic lover. The Fish is so susceptible to the feelings of others, it is often attracted to people simply because they find it attractive. Because the Fish is so impressionable and its heart rules its head, Pisces is prone to making poor choices in romantic partners. This is a real tragedy for the Fish as it is quite defenseless once it opens up and permanent injuries are often the result. Once Pisces has been hurt in this way, it has a very difficult time trusting any new partner and it can be quite a battle for the new lover to gain access to the Fish’s amazing inner world. 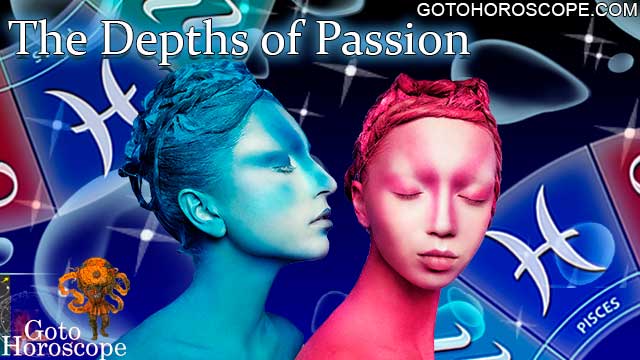 The Depths of Passion

When two Fishes meet, the attraction between them is on every level - physical, mental, emotional, and spiritual. This is truly a soul mate situation and it can quite overwhelm both. The Pisces duo understand one another instantly and, provided one doesn’t run in terror, bond deeply within moments. Since the Fish has such a great need for true emotional bonding and love, this relationship promises to be exceptionally fulfilling for both Pisces.

The empathy between the Pisces pair is extraordinarily strong and has the advantage of blocking out some of the static they receive from people in general. The Fishes are so focused on one another, the rest of the world seems to disappear. Each partner opens its inner world to its lover and together they build an amazing fantasy landscape far grander than either is capable of alone. Since the Fishes are able to escape together, the desperate sense of loneliness that so often plagues Pisces, even when it’s with someone, is eased. Since each part of the pair is well aware of its lover’s need to withdraw and recharge, there is never any argument when this happens. Each Pisces is understanding the periods of darkness that its mate experiences and knows how to pull it back toward the light.

Because the parts of this pair are equally romantic and each loves to lavish attention on its partner, the two Pisces are almost inseparable. They will spend hours just admiring one another and making love. They enjoy the mental stimulation of discussion and will have a blast going out on the town together as well. Fantasy is a powerful attraction for the Fish and this duo will happily create many different worlds and roles for one another. 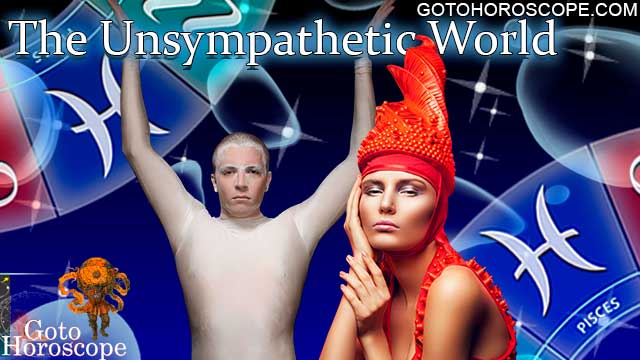 The inner world of a Pisces union is amazingly fulfilling but the Fishes are less successful outside their fantasies and may struggle with the practicalities of the everyday world. The escapist tendency of Pisces makes it difficult for the Fish to keep a traditional job. The Fish desperately wants to be successful and its unfulfilled dreams add more pressure to the already strained Pisces. When both partners in this relationship are plagued with this problem, financial difficulties are likely. If they are severe enough, money issues can tear this couple apart.

Escapism can also be taken to such an extreme that this pair loses one another. This is especially true if one of the Pisces pair suffers a serious emotional blow and retreats into its own head for too long. The remaining partner will then be left alone with the burden of day-to-day existence. Ill-suited to dealing with this, the second partner is likely to attempt some sort of escape as well and could easily turn to substance abuse and other unhealthy excesses. This will result in a vicious cycle with no one stable enough to stop the spin.

While the Pisces pair loves to spend time at home together, neither is very adept at following through with the dull chores required to keep the domicile tidy and comfortable. The dreamy Fish doesn’t seem to connect its habits with the chaos that reigns in the home. When both members of the Pisces couple have this shortcoming, their domestic arrangements can be a source of friction in the relationship. 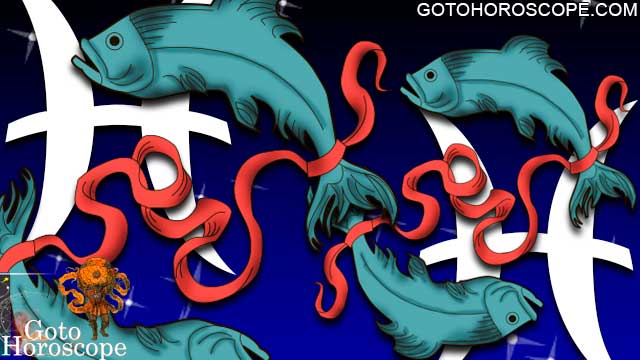 A Meeting of Souls

A Pisces – Pisces union is truly a meeting of souls. This pair understands one another on a level few experience. They combine their respective fantasy worlds and build delightful castles in the sky. In its Fish partner, each Pisces finally discovers someone who can match it in sheer romance and delightful lovemaking. While this pair works perfectly in their mystical sphere of existence, the real world can be quite challenging for them. If the pair can learn to help one another stay more grounded, this will be a profound match that touches both partners deeply.

Zodiac Compatibility - Find out how the Love Relationship of Pisces and Pisces look like when combining with other members of the Zodiac circle. How Compatible Pisces and Pisces in their pairs are when matched with different Star signs and how they manage to maintain the Love Harmony with their loved ones.