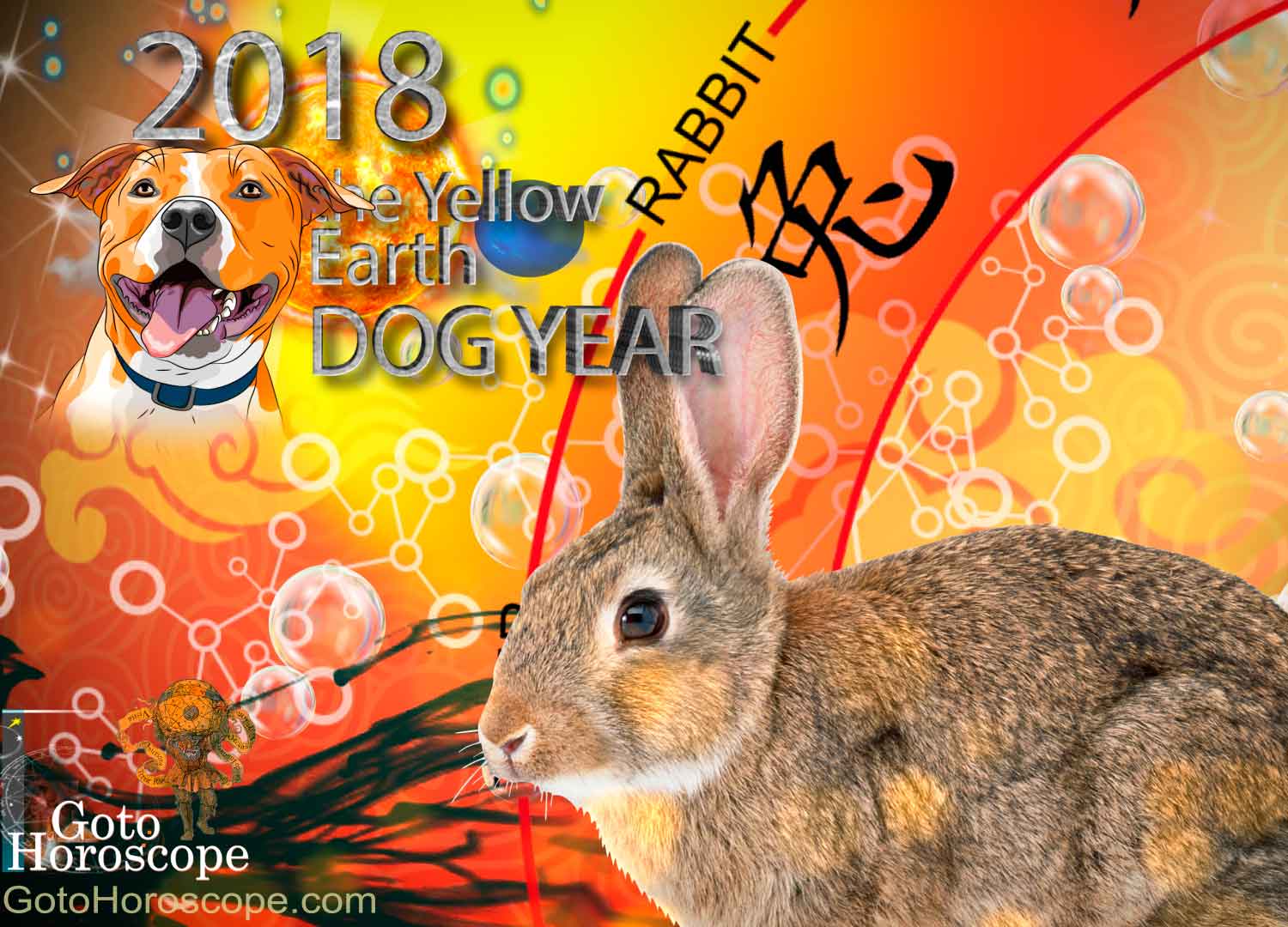 The Dog is sickened by the injustice in the world, and it certainly won't sit back and watch calmly while someone stronger and more greedy puts a spoke in helpless Rabbit's wheel. The Dog will take it upon itself to take care of representatives of this Eastern sign, and it won't be hard for Rabbits to make the best use of such a favorable situation. Those who go boldly into battle right from the first ten-day period of 2018 will prove to be right, coming closer and closer to victory each day. Everything Rabbits have dreamed of, everything they have constantly put off on account of their intense modesty, could come about in the year of the Yellow Dog. The main condition which Rabbits must observe in order to do this is to sincerely believe in themselves, to become bold and not be afraid to put forward their own initiatives. Even if these initiatives do not receive an immediate response from the people who are important to your success, don't get discouraged! 2018 will be good for you, because somewhere behind your back the Yellow Earth Dog, invested with unlimited power, will appear. And this power is what will create real magic in your life, which will come to you as a reward for decency and diligence.

Rabbits will need the first half of the year of the Dog in order to realize that the time for grandiose achievements has finally come. You will not come to such a conclusion immediately, but only after two or three minor victories which you will achieve at work and in the area of personal relationships. The source of these victories will be the traits which are alien to you - pressure and decisiveness. When you are convinced that by showing these traits you will not attract 'judgment from above', you will come to the next conclusion: Why shouldn't you start to fight for potential success in future too? From now on, the world will know Rabbits in the radically different role. No longer will they be quiet and shy people, who prefer to sit in the corner while someone else puts forward their own initiatives. The main thing is that you will show initiative literally everywhere, in all of the most important aspects of your existence.

These changes will be noticed by everyone who knows you well. Of course, at first those around you will consider your acquired boldness nothing other than mundane pretense. To be honest, at a certain moment you will also be willing to renounce your role. This will happen after some small setback (for example, after the fiasco of one of your business initiatives or after your hopes come crashing down in the personal area). Fortunately, the Dog, imperceptibly controlling the course of your life, will not allow a lack of self-confidence or pessimism to nullify the new characteristics of your personality. You will not renounce the changes with respect to initiative and decisiveness, which will become one of your triumphant victories.

Incidentally, by demonstrating decisiveness and forcefulness, you will be rewriting the script of your own personal life! In the past you used to prefer to wait for your partner to show initiative, suggesting to you both the form of entertainment and one-sidedly determining how your marriage should be. Under the guardianship of the Yellow Dog, you will stop being the slave, lorded over by everything and everyone. Of course, your partner will not be able to adjust immediately to the changes which have taken place in your character, and there is also a risk that these changes will become the cause of strife within your relationship. All the scandals will die down when your partner realizes that you have become a self-sufficient entity, who cannot be controlled like a puppet. Incidentally, you will be the one to plan the family holiday for 2018, and your partner will be wholeheartedly supportive of this approach.

In the meanwhile in the year of the Yellow dog, single Rabbits will produce one sensation after the other, demonstrating their essence to those around them. Many will not be able to imagine that you are capable not only of blatant coquetry and flirtation, but also able to invade someone's romantic couple. This is exactly how your personal life will look - you, having experienced powerful passion towards a married person, will demonstrate a high level of quickness, and you will be able to achieve your primary goal (that is, you will gain the goodwill of the person you like). It is most paradoxical that the decisiveness and forcefulness shown by you will hide behind your mild Rabbit nature. This unique combination will enable those around you to unanimously call you a fatal seductress or a newly appeared Casanova. Don't contradict words like this, because they just openly flatter your ego. It's true that something else will be a lot more important. The couple which you manage to crush so cynically, will gain more than it loses from your 'attack'. The person you like will be all too happy to be free from the shackles of their unhappy relationship, and will try to avoid all their previous mistakes in their relationship with you.

But it's not only on the romantic front that Rabbits can expect many victories in 2018. The professional sphere will be just as triumphant for you. Representatives of your sign who are involved in entrepreneurship or have just started taking steps towards their own business will have the greatest success in the year of the Dog. In order avoid turning into an inconspicuous ship, unsuccessfully floundering about in the endless sea of entrepreneurship, listen attentively to the advice of 'experienced' people. It would be very sensible for you to invite an experienced businessman to be your partner in the realization of your own business projects, perhaps one of your friends or relatives.

By putting in a lot of effort, demonstrating real miracles in the fight against themselves and their numerous complexes, Rabbits will certainly not go through 2018 with empty pockets. The moment your income grows, a number of new matters will arise before you. The first of them is how to manage these finances in the most foresighted way. You will arrive at the answer yourself, and it will be an unusual project which you consider extremely promising, but which at any other stage of your life you probably postponed due to a lack of self-confidence. 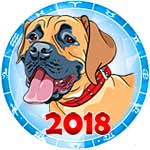 Hi Bunny 2017-11-15 08:07:26
👍 -1 👎
You did your best. Now, let them attract to you. Time for you to be chased instead of you doing the chasing. Usually happens when you least expect it. Big hugs.
I am Bunny 2017-05-25 00:52:35
👍 +4 👎
Ah, I was hoping for some good news on the relationship front in. I know that other signs affect your 2018 horoscope as well so I am trying to stay positive. I have met some guys here and there, but nothing seems to stick. I am getting a little frustrated if not annoyed. I am ready for a relationship and I keep pulled back from almost a relationship to none (if that makes sense) plus one particular guy seems to come and go, but anytime I reach out and mention dating he backs off. I am so confused and just annoyed lol. Hope other Zodiac signs are doing better!