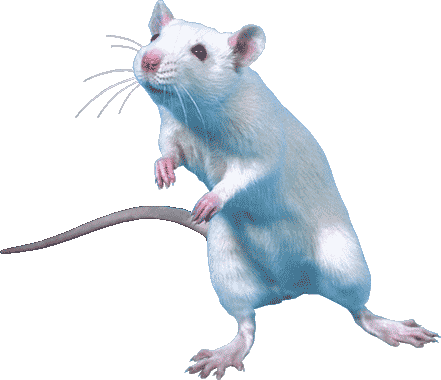 The Chinese New Year 2021 will be the Year of the White Metal Ox. Follow links below to find out with the help of Chinese Horoscope 2021 what it would be like for people born in the year of the Rat.

Horoscope 2021 Rat, Year of the Ox for Zodiac sign Rat

It’s been a long life of looking out for number one, Rat. That’s been your modus operandi for a long time now and it’s served you well. The universe is shifting in some new directions in 2021 and that’s going to mean big changes for you. Think of it as a shifting of great celestial tectonic plates, crossing over each other, and ripping up the terrain for miles beyond. These changes are going to affect all of the signs, but you, Rat, will be especially moved by this. It’s like your home is going to be riding a cosmic wave for a while before it settles into its new spot. You’ve been taking care of yourself well for a while, but starting in 2021 you’re going to be caring for a much bigger pool than just you. That’s right, Rat. You’re going to find yourself with (in some form or another) a family. Read on.

You have a great friend in the sky who only comes around once in a while. That’s your buddy the White Metal Ox. It’s his year in 2021 so that means he’s going to want to be properly feted. Don’t worry, you don’t have to make him a cake. But what you should do is prepare a gift for him at the beginning of the year. In fact, we want you to dedicate yourself in January to his honor. How will you do that? Simple. By opening yourself to the universe and taking in any suggestion it gives you. That great ox wants you to say ‘yes’ to everything that comes your way. This is all within reason, of course. If someone says jump off a bridge, please let your renown rat survival skills kick in and refuse. But for things that are benevolent offerings - especially if they’re things you’d ordinarily turn away from - you’re going to spend January saying ‘yes’ to them, Rat.

And after a year of saying yes to things, you’re going to find yourself with a very full plate in February. This is perfectly fine. You’re going to be cramming six months of activity into the shortest month of the year. You’ll get through it by recognizing that, yes, there’s a lot to do, but it’s finite and it will reach its end by the 28th. This too shall pass, Rat. Take every opportunity that comes your way that sounds even the slightest bit interesting. Invited to a party being thrown by someone you don’t know? Great, get there a little late. There’s a work-related presentation that doesn’t involve your job but sounds kind of cool? Do it and take notes. You’re going to explore all of those sub-avenues that you wouldn’t have explored on your own initiative and see where they take you. Keep a running tally of what aspects are interesting and what you can do without. This is going to shape a lot of the rest of your year.

Have you ever slept on a houseboat, Rat? If you have, you’ll know what we’re about to describe. If not, let’s lay it out for you. Just imagine a comfortable but small houseboat, really a shed on a platform. You have a small kitchen, chair, plenty to read, and a small TV. There’s a comfortable bed that you sleep on and when you do, the water gently rocks you, never aggressively. In fact, you get very accustomed to the rocking and are constantly comforted by it. You feel oddly off when you get on dry land because you’ve gotten used to it. That’s you moving with the ebb and flow with the water and becoming one with it. It’s a normal way to adapt to both your physical and mental situation so your body changes. That is the state of mind you’re going to want to adopt going into spring. You’re going to fully immerse (but not submerge) yourself with the flow of what’s around you, swaying with the ground as it moves slowly and steadily. This is how you’ll adapt to the changes in the world around you. It may sound easy, but we’ll bet no one nearby is adapting in the same way. They’re all running around like their hair is on fire. Not you, Rat. Feel the ebb and flow of the world’s changes and take that as your new grounding. Think of it in terms of the peaceful rocking of a houseboat. The world is on moving water, but rather than think it’s going to overwhelm you, it’s going to gently rock you to a peaceful state. And from that state, you’ll be in a good position to move, live, and take whatever comes your way. Always remember the houseboat.

But what about that family we mentioned earlier, the one that you’d discover over the course of this year? Don’t think we’ve forgotten about that, Rat. It’s just that they aren’t going to appear in your life in a straightforward manner. By the time you’ve hit the middle of the year, roundabout mid-June or so, you’re going to have acquired a number of new or new-ish people in your orbit. These might be friends of friends that you've met in normal social interactions. Or maybe your job has involved connecting with some people you don’t ordinarily mesh with. Maybe there have just been enough people dealing with the tumult of the universe alongside you and you’ve all reached out to each other. By the middle of the year, you’re going to find yourself with a ragtag pack of kindred souls behind you, waiting for your guidance. They may not say this explicitly, but it’s very clear to you that that’s what they need. As you guessed it, Rat. This is your family. If you already have a stable family unit, think of this group as Family Prime. They’re eager for your help, comfort, and guidance in the months to come. If you had known this had been going on, you would have freaked out by early April. But guess what? You’ve been acting as a de facto parent this whole time and have done a great job at it. So stay the course for the rest of the year and you’ll be fine.

There will be some stress with this role around the end of August coming from some of your newfound brood. Trust that the answers you come up with are the right ones and that you’re doing your job well. You really can’t screw anyone up. Remember: they’re looking to you to lead and parent, and that allows for some wiggle room with regards to making mistakes. It’s okay. Trust your judgement. By the time September comes around, your newfound family will have bonded internally in such a way that you’d never know this group didn’t know each other a year ago. Take a moment at this time to gaze upon that family like a proud patriarch, looking over his children and children’s children. You’ll have done well, Rat, and you deserve the moment of pride.

By the end of the year, you’re going to find that that new family will have done you wonders. It’s exhausting looking out for number one all of the time with no one else to shoulder the burden. So what do you know? Having others around to take care of doesn’t just mean extra work for you (and it can be that). It also means you can shift a bit of that load and lighten your baggage some. By early November, there will be some serious baggage that you’ll be wanting to shift somewhere. You might not be comfortable with the idea of doing it, but trust in the universe and your family that it’s a good idea. This could be something concrete like a task you’ve been dreading or some serious emotional baggage you’ve been carrying around for a long time. It is more than okay for you to trouble someone else with it at this time. We guarantee the people around you will be honored to have the opportunity to help you out in your time of need. Let them shoulder it and let yourself learn, heal, and just get better. This turmoil should end by the beginning of December, but watch out for the repercussions from it. And if they do arise, rely on your family once more.

That family you found (or that found you) has given you the gravity you’ve needed in 2021, Rat. And it’s a good thing you all found each other when you did because without them 2022 would be near impossible to navigate without disaster. You’ve been a solo act for a long time and while you’ve no doubt enjoyed that, the benefits of having other people on the bill with you far outstretch any weaknesses. Take comfort in this group around you. You’ve discovered that you can be a great solo rat that’s still connected to a better colony. There’s nothing wrong with caring about things more than yourself.

More about the year of the Ox, Chinese Horoscopes 2021, and actual forecasts for the year of Rat: