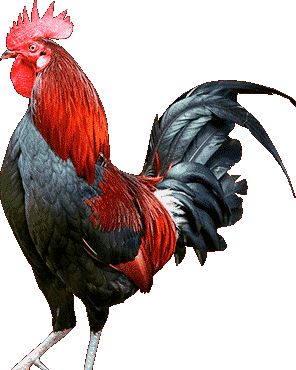 The Chinese New Year 2021 will be the Year of the White Metal Ox. Follow links below to find out with the help of Chinese Horoscope 2021 what it would be like for people born in the year of the Rooster.

Horoscope 2021 Rooster, Year of the Ox for Zodiac sign Rooster

There’s going to be a lot of panic with the people around you in 2021, Rooster. Most of the time everyone will be panicking about small, silly things. What do all of those people need? They need you to act like a leader. No doubt this is something you’re not accustomed to and maybe not your first choice. But 2021 is going to take you into some very unusual territory, Rooster, and by the time December comes, you’re going to like the new realm in which you find yourself.

2021 is the Year of the White Metal Ox. What does this mean for you, Rooster? The ox is a powerful beast. When he charges, everything in his path gets out of the way. This is a perfect role model for you for the year. No, you’re not going to become extra rude and unnecessarily aggressive with people. But you are going to become much more assertive than you have been in the past, or in a way and in areas that you usually aren’t. This is a magical time for you, Rooster. Let’s dig in.

The arena where you’ll be stretching these muscles prominently will be in your job. There is a whole team of people there who would love for you to become their leader. Here’s the question we’re going to put to you: when you look at your boss, superior, leadership on the job in any form, what are the words you first think of? Are any of them ‘Strength’? ‘Command’? ‘Respect’? If not (and we’re guessing the answer is not), that’s a vacuum that needs to be filled in your workplace. This doesn’t require a power grab or a coup. Don’t worry, Rooster, you’re not going to perform a hostile takeover. But you are going to see what’s involved for you to fill that gap, even if it’s done quietly behind the scenes. You may find yourself being the quintessential silent leader: the one who is organizing everything, pulling people together, and (yes) doing a lot of the work to make sure everything gets done in the way that it needs to. It’s not glamorous, it’s not exciting, but it’s being a leader and that’s something the people around you aren’t going to forget about. Someone else - someone above you - is going to get the accolades and praise, but that’s okay. You’re going to emerge from the is with the respect, admiration, and loyalty of the people around you. That’s going to come in handy later this year, going into 2022.

And what’s a job for if not to build up your empire of wealth? Yes, personal fulfillment and growth are good to have as part of it, but in the end, it’s about making that bank, as the kids say (they still say that, right?). 2021 is going to be an interesting time for growing your money and overall value. In fact, that increase in wealth might not make itself known as a sudden increase in your bank account balance. This one might be a little tricky: you’re going to discover assets that you didn’t know you had. How will this work? Think of it a bit like finding a treasure chest in your backyard, but not one you have to dig twenty feet to find. This is a treasure chest that’s been sitting in your garden all this time, covered in moss and weeds, and easy to ignore. You’ve probably tripped over it or used it as a stool all the time without thinking twice about it. That’s the same idea with this hidden wealth you have in your life. There’s something - either a concrete good or some sort of abstract skill - that you’ve had for a while, easily ignored. That thing is going to be a great source of wealth for you. It may not all pay off this year, but the process can start now and pay off incredible dividends over time. So what form will it take? Well, that’s going to take some hunting on your part, Rooster. Is there a long-forgotten box of toys that’s been languishing in your basement for decades? A secret case of old coins that you found in a wall a while ago? Or a secret skill that you’ve never found a good way to market? You’re going to have to think far outside of the box for this one, Rooster, and see what you can come up with. You might hit a few dead ends along the way, but keep searching.

But it’s your love life that’s going to cover all sorts of unusual territory this year. From January to December it’s going to draw a complex arc, following exciting, sensual highs and depressing lows. Sound like fun? Well, see what you think once it’s in progress. January is going to mean a lot of questions coming up in your relationships (if you’re currently in a romantic relationship). These don’t have to be Earth-shaking, “break up or don’t” questions. You and your partner are going to be on the cusp of some serious decisions that need to be made. Are you wondering whether or not to have a child? Maybe there’s been talk of taking things to the next step in your relationship? Or maybe the two of you just need to settle on what color to paint the kitchen. The point being, don’t be frightened by a sudden set of seemingly serious questions. These are good things to have come up right now and they’re excellent opportunities for the two of you to grow and change in a healthy way (yes, even if you’re trying to pick between avocado and rust for the kitchen walls).

If you’re not currently in a relationship, February and March will start an interesting cycle for you. This is when you’re going to have to make some relationship decisions on your own. Maybe you’ve been single for a while, maybe you’ve been in and out of some so-so relationships. This is the tipping point for you to decide how you want to proceed in the dating world. You’re going to pivot in some sort of new direction at this point. Been going on a lot of no-pressure dates? Take yourself out of the pool for a bit. Had a run of serial monogamy? Set yourself up with a bunch of quick coffee dates. Or maybe even consider not seeing anyone for a bit. As much as it sounds like a cliche, this might be the time to start dating yourself. Assess where you are and what you’ve been doing, then decide if there’s value in continuing on that path.

As you progress into the spring and early summer, you’re going to truly come into your own, Rooster. This is when your leadership feathers are really going to appear. Maybe it’s that burst of spring sunshine that will do it, maybe it’s just the way the stars shine on you, but your make or break moment happens here. There’s some sort of long-standing confrontation that you’ve been putting off for a while that’s going to come to a head at this point. This could be with a loved one, a boss, or even someone you don’t know that represents a major conflict within you. You need to lean right into this fight. In fact, don’t think of it as a fight. Think of it as finally having a painful tooth pulled. You’re going to look at how it feels avoiding this conflict versus facing it and deciding which answer is going to make you feel better in the long run (we’re putting money on you facing it). This isn’t an excuse for you to run around picking fights or looking for conflict or anything like that, though. Rather, this is the time for you to try and level up via defeating a previously unvanquished foe.

The last third of the year you need to consolidate all you’ve learned in the previous several months and form a plan for how you’d like to proceed into 2022. You’ve grown a lot during this period, Rooster, but it’s much too easy to backslide if you’re not careful. Move forward as a new bird with a new rank. You’re a commanding officer now, Rooster, whether you like it or not. Take charge, believe in your orders, be willing to sacrifice, and trust in the decisions you make. Some of them might be wrong, but just own up to them and press on. Your crew is waiting for you to lead them into glory and you’re just the bird to do it.

It’s time to channel your inner Captain Kirk, Rooster, and be the leader the people around you need. Right now you may feel like you have no idea how to do that, but you know better than you think. Turn towards the hard fights and tough decisions and run full steam ahead. Be the captain they need.

More about the year of the Ox, Chinese Horoscopes 2021, and actual forecasts for the year of Rooster: