In 2015 Pisces should pay as much attention to their work and employment opportunities as possible. You'll get a chance to find a job of your dreams which will pay much, give you enjoyable satisfaction and hold a promise of career advancement. Work-related issues will be especially hot in the summer time when you feel like introducing some changes into your life. These are the favorable periods for switching jobs: February 21-March 18, June 6-July 18 and September 7-October 8. You may count on significant salary boost when getting employed during this time. You are advised to refrain from changing jobs from July 25 till September 6 - your big salary expectations will not be justified. Thus, you should postpone making any decisions associated with work during this time.

During September and up until the end of the year work issues will not be as relevant as they were in the first half of 2015. So, if you want to get promoted, have your income increased and your talents appreciated, you should consider changing a job until September.

Pisces' career ambitions may not be satisfied during the year. Saturn by moving into the Zodiac of Scorpio from July 15 till September 18 will give you a chance to get promoted if you make an effort for it. Be prepared to face the fact that your management could be quite strict with you, try to put pressure on you and give you more responsibilities to test your competency level.

Those Fishes who were born any time between February 20 and February 24 may come to face their manager's misunderstanding. Don't conflict with your superiors and don't try to prove your point of view - you may find yourself in a doghouse which may force you to look for a different job. Your patience and ability to adjust to circumstances will guarantee your success.

Those of you who are born any time between March 5 and March 8 may find enough courage to start your own business. May new perspective not scare you: your idea will be realized and you may count on your enterprise to be successful.

The Fishes with their own business will have to apply much effort in the first half of 2015 in order to grow their business. You may have to expand your team and hire more competent specialists to improve the production process. Starting in September you should shift your focus onto partnership connections and opportunities to work with new clients and suppliers.

Annual 2015 Horoscope for 12 Zodiac signs for the Ram Year

2015 Horoscope for Pisces by spheres 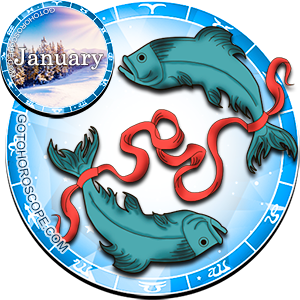 2015 Horoscope for the Zodiac sign Pisces for the RAM year

Love and Romance 2015 Horoscope for the Zodiac sign Pisces

Money and Finances 2015 Horoscope for the Zodiac sign Pisces

Health and Wellness 2015 Horoscope for the Zodiac sign Pisces