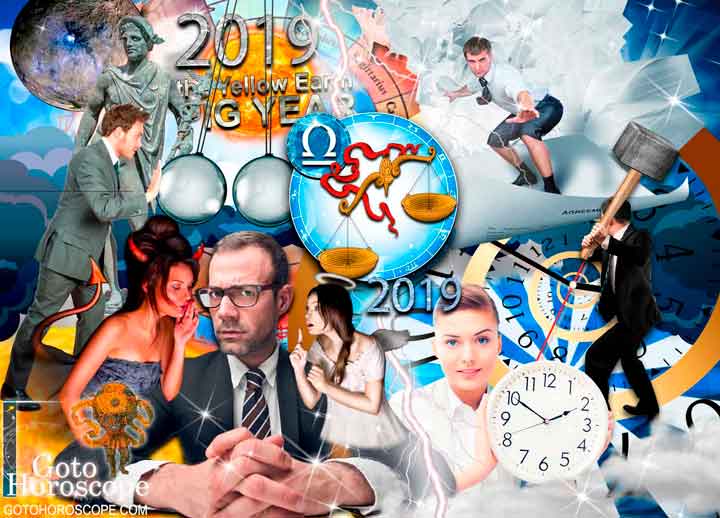 The second time luck smiles at Libra, he will connect with a whole series of important contacts, which will later also play an important role in your career. From here follows two conclusions: in 2019 Libra needs to be open for acquaintances and cooperation, and sometimes give in to emotions.

For those Libra who have their own business, the beginning of 2019 will seem rather prosaic and even routine. At first glance, the events will not be so epic, and the prospects will not seem so clear. But by the end of the spring season, everything suddenly changes. It is under the curtain of the second triad of the cycle that Libra will understand what it was all about. Stars recommend acting immediately, in a certain sense, what happens can be called illumination.

During this period, all actions of Libra will have tremendous success! Internal modernization, establishing new ties, working with competitors, moving to related niches - all these areas can be mastered in the shortest time, within a year. The main thing is not to overwork yourself, and seek support from others as needed. Libra should not be shy to seek motivation in the words of other people, because you have already made a decision, and it's right. You just need a push and success will come very soon.

Libra who works in an organization will experience no less cardinal opportunities in 2019, but the plan is different. Perhaps at some point you will have to take a risk, relying on an unfamiliar person. You then need to be guided by the instinctive understanding of the inner world of other people (yes, Libra has such a unique talent). If you want to trust, t needs to be done, but not under the influence of a thirst for profit. Paradoxically, the less Libra will strive to increase its income, the more opportunities will await you. This is due to the complicated relationship between Venus, the ruler of Libra, and Mars, who in this cycle is responsible for the career sphere. The chance of success only needs to be seen and used.

2019 Horoscope for the Zodiac sign Libra for the PIG year

Health and Wellness 2019 Horoscope for the Zodiac sign Libra