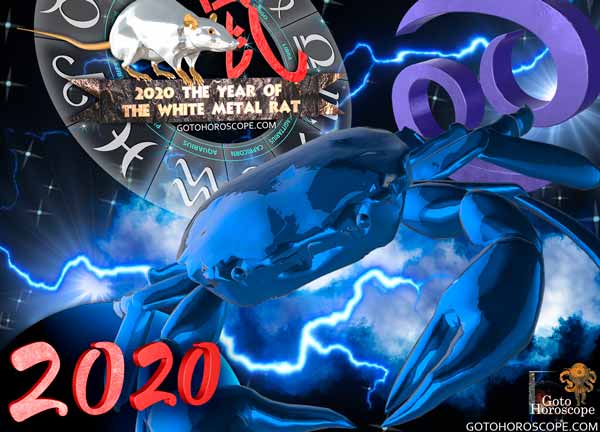 It's always a bit iffy writing the zodiac findings for Cancer. Why? They know the answers already. We get it, Cancer. You've got enough precognitive abilities that there's not much we can tell you that you don't already know. You're usually pretty nice about it, though. We'll give you that. We'll also offer you this: 2020 is going to bring you changes that are unprecedented for you and will be a year, unlike any year you've experienced before. Have we piqued your interest now? Good. Unfortunately, it's not as simple as that. You see, rather than the universe just clearing a path and making it rain gumdrops and gold coins on you (ouch?), it's instead showing you very clearly what work you have to do. That doesn't sound like a blessing, we know. It sounds more like a homework assignment. That's fair, but consider this: isn't it true that sometimes the hardest part about work is figuring out very clearly what you need to do? So that's what the stars are doing for you: showing you a path.

The biggest celestial event of 2020 for all signs is the news about Jupiter and Saturn. No, they aren't dating. But they are perfectly in sync this year and this casts a sort of shadow across everyone on Earth, affecting forces big and small. What does this specifically mean for Cancer? Like we said earlier, this is a year of unexpected and powerful change for you. But here's the kicker: you're going to need to do the challenging yourself. The universe may throw a few rough moves at you here and there, but the real adversary you'll be facing is (dramatic music) yourself. Before you roll your eyes, hear us out a second. When you're the smartest person in the room (which you usually are), you're only going to be challenged by someone equally smart or smarter. Do the logic: you're the only person there who can fit that bill. So what does this have to do with Jupiter and Saturn? Well, Cancer, the universe knew it needed to bring out the biggest guns to make an impact on you and your thinking, so it synced up the two largest planets in our solar system. That's how much the universe thinks of you and how much it wants you to adapt and change. So where will you be making these changes?

This is an interesting time for you financially, Cancer. We don't mean you're suddenly going to win the lottery or stumble upon a big bag of gold coins (but if you do, please remember us in your will). What it does mean is that treasures are there for you but in some less likely areas. Are you, knowingly or not, sitting on a treasure trove of old toys in your garage? Is it possible that you have a hidden talent or skill that would greatly be in demand in this gig economy? Or more prosaically but no less lucratively, are you not being paid what your skills are worth in the marketplace? You've been narrow in your thinking about money, Cancer. Sure, keep those paychecks coming and keep contributing to that retirement account. There's nothing wrong with the conventional means of building wealth, but don't ignore the side hustles. Dare we say you've been arrogant enough to think you're on top of your money? We hate to break it to you, but you've got more goods or services to offer the world than you think. None of these things will move you up to Bill Gates' tax bracket (at least not yet), but the extra cash is nice. And more importantly, it'll show you that you've got hidden reserves that you didn't realize were there. This is going to be a theme in all areas of your life in 2020. 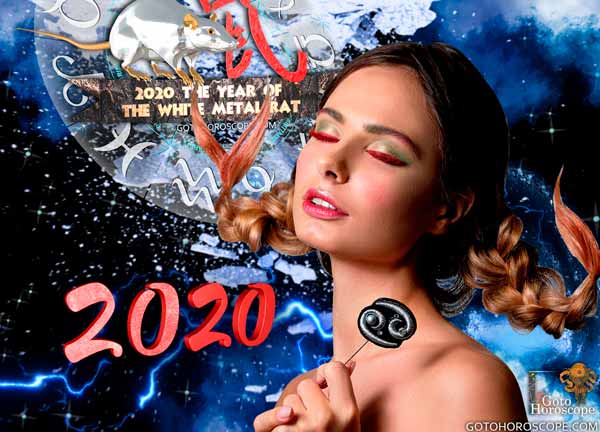 It's been very easy for you to feel like you know everything there is to know at your job. Maybe you've been there for a long time, but maybe it's also a little bit beneath you? Here's your mission, Cancer, starting in January: take a good, hard look at what you're currently doing for employment and ask yourself if it's time to move on. The answer could very easily be "no", and that's fine. Keep growing with your current position. But it's like they say: if you're the smartest person in the room, it's time to find a new room. This is the year for leveling up with a career, even if that means switching careers. 2020 is all about discovering talents you didn't know you had, and if your current job feels stuck in one gear, you're not going to discover anything about yourself. Get yourself into an uncomfortable situation where you're in a little over your head. No, don't weasel your way into becoming head of surgery if you're the hospital janitor, but investigate what the next step career-wise is above you and make a visit. Don't be daunted and don't back away if you feel you're not ready yet. Keep going and keep failing if you have to.

It's hard to find a partner when you're as great as you, Cancer. We're not being sarcastic or facetious here: you have a ton going for you and it's going to be hard to find your equal for a romantic relationship. If you have, congratulations! My advice to you for this coming year: don't let them forget how lucky YOU are to have them. We would guess the corollary to that is: don't let YOU forget that, either. It can be easy to see yourself as a lone wolf and forget you've got the perfect partner next to you. Don't make that mistake. And if you're looking for love, we want you to consider this: are you looking in the right places? This doesn't mean switch your usual bar. It does mean: maybe you're very comfortable not finding anyone because you don't want to challenge yourself and get hurt. It's understandable. Romance is hard and no one emerges without a few emotional bruises. Figure out where your ideal partner would be. The bar? Some museum event? A gallery opening? The deck of a steamship? Figure that out and start there. You've been avoiding the obvious spots because of a fear of failing. No more. Jupiter is calling to you to stick your neck out and it's time. 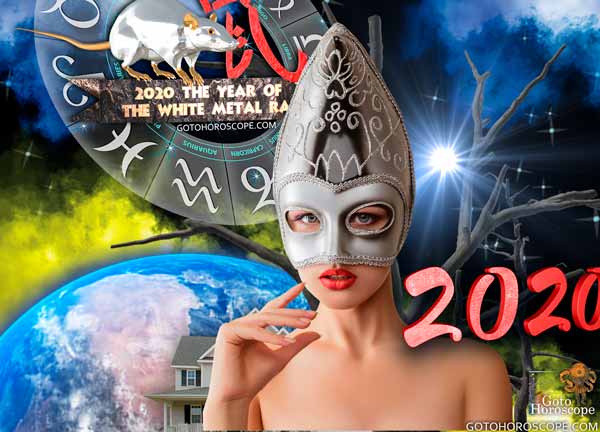 There's one area where you do know just about everything: your health. No, you're not (necessarily) smarter than your doctor, but you know your body and you know when things are right and wrong. You've listened to that up until now and you should keep doing so. With Jupiter's movements in April, we would strongly advise you listen to any nagging thoughts you've had about your health then and do something about them. In other words, if you're at all worried about anything, get to a doctor then. Trust your intuition about these things. After that visit, here's your personal challenge for the year: make one doctor's appointment that scares you. Whatever age you are, you have one. It could be a visit to the dentist or even the dermatologist. Get that made and be the better person than you were.

Answer us this honestly, Cancer: did you know all of this ahead of time? If so, then answer us this honestly: why did you read it? You could have spent your time doing so much more. So if you're reading something you already know, what are you doing? My, what a perfect metaphor for the challenges you need to face in 2020. If you already know the answers, you need to move up a grade. It's like they say about being the smartest person in the room: if it's you, you need to change rooms. Well, that's your 2020 in a nutshell, Cancer. Jupiter and Saturn are looking down at you and expecting you to struggle a bit. Please note they don't necessarily expect you to succeed. They'd much rather you failed at something new than succeed at the same old same old.

You are an incredibly intelligent force, Cancer. You know it (or should) and the people around you do. The universe is telling you to keep working those mental muscles, and you know you don't build muscles by lifting the same weight over and over. It's time to throw a few more pounds on there and make your work a little. And if you fall or drop something, that's okay. It's called learning and, turns out, it's how all of us get smarter. Not only is the universe telling you to keep going, but it's also showing you the exact workout plan you need to follow. It's like having the best personal trainer guide you to a better and healthier you. Isn't that what people hire personal trainers for? To show them the way? Well, that's your gift for 2020: the universe is standing behind you while you do reps, spotting you and cheering you on.

2020 Horoscope for Cancer by spheres

Love and Romance 2020 Horoscope for the Zodiac sign Cancer

Work and Career 2020 Horoscope for the Zodiac sign Cancer

Money and Finances 2020 Horoscope for the Zodiac sign Cancer

Health and Wellness 2020 Horoscope for the Zodiac sign Cancer