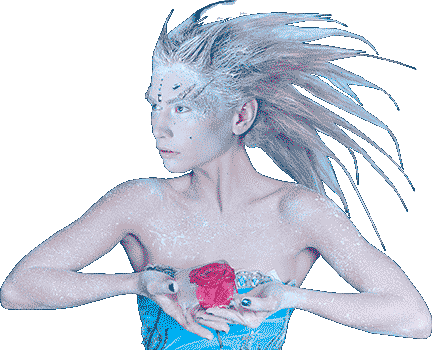 After living through waves of chaos for most of your life, Aquarius, 2021 is going to see the opposite: some waves of order hitting you and bringing some structure to your life. Not that you’ve been disorganized or anything like that, far from it. But your mantra until now has been: go with the flow. That’s been a perfect survival strategy and very needed for you. But the time for just surviving has come to an end. It’s now time for you to fully live. Doesn’t that sound promising? Read on for what you need to do.

Mars is casting a strong shadow across your sign in the early part of the year (roughly from January through the end of March). This shadow isn’t bringing darkness with it. It’s the kind that gives you some cooling down on a hot summer’s day: the kind you seek out when the sun is beating down. You are going to bask in that shadow, Aquarius, and you’re going to enjoy life like it’s a hot July day.

Those ‘waves of order’ we mentioned are going to take the form of a drill sergeant or anything like that. You’re going to have some pleasant organization thrust upon you, like a hotel concierge. Starting from the top of the year, your workplace is going to do something that makes your life go a bit easier. It might be a change in hours, a difficult duty (heh) removed from your roster, or even a desk moved so it’s not in an awkward spot anymore. It doesn’t have to be huge, but it’s just enough to make life that much easier for you to manage. We know we used the shadow metaphor before, but this time it’s going to feel more like a sudden sunbeam bursting through the window and shining on you.

Spring is also going to bring a number of changes in your personal life. These might not be drastic shifts, but you should expect some sort of change in dynamic with everyone you have in your life. Remember: they’re all going through their own issues these days, no matter what their sign. Keep your eyes and ears open for moments of vibes that your intuition is clued into. Spring is when you can trust your intuition wherever it might lead you. In fact, April is the month when your extrasensory perception is going to be especially acute. If there was ever a time you wanted to do that exercise to see if you can guess what card someone is holding up, this is it. You’re going to pick up all sorts of signals from the people around you. Listen to those signals, but don’t be so quick to act upon them. The keyword here is ‘listen’. You want to pay attention to what your loved ones want. More often than not it’s just that: someone to listen to them. It’s not that you’ve been an inattentive friend/lover/relative in the past. It’s just that everyone REALLY needs to know their messages are getting out in the world. Take the time, listen, sit with them. April is going to involve a lot of that.

And depending on what messages come your way, you may need to make some changes with the people in your life. Some relationships may reach an end, some may change in such a way as to be unrecognizable, others will continue but with a slight (but significant) course corrections. Follow where your intuition is telling you and don’t be heartbroken too much about those that go away from us. Odds are good you’ll be crossing paths again. April 29th is a very good time for these course corrections to happen but look for significant changes around May 5th.

June is going to be an interesting time for you, Aquarius. A number of friends are going to present you with an interesting proposition that might sound too good to be true. It probably is, but that doesn’t mean you should give up on it. What’s important here is that your friends want to bring you into their circle like this. This won’t be the only proposition that comes up, and the future ones are going to be much more substantial and appealing. This could take the form of a business enterprise or something much more ambitious that fits in with your dreams and ideals more. This might be the perfect time to pursue your dreams with the help of these friends. Keep your ears open but don’t sweat it too much. They’ll find you and they’ll very much want you a part of things. This might also show who the friends you want to hold onto in the future are.

This makes sense given the overall financial wave that will be cast over you from about late May to early September. What do we mean by a financial wave? Essentially, everything money-related in your life at this time is going to be a little extra heated, for the lack of a better term. That could mean luck and more money coming through your hands. It can also mean money is a bit more volatile. A lot more chance is in the air and you’ll want to be careful with anything risky.

In fact, you’re going to have an interesting relationship with money and opportunities in 2021, Aquarius. Let’s call it the year of entrepreneurship. We’re not saying you’re going to become the next Elon Musk, but we’re also not not saying it, if you catch our drift. Let’s map out the year and see how that’s going to play out. January is the prime time for you to pick up a side hustle of some sort. This might be something that doesn’t immediately make you any money but seems to have a lot of potential for it. That’s okay. What’s important is that it’s given you a bit of, yes, passion. Maybe this passion has been missing from your job for a while (or maybe it’s never been there. All the more reason to start looking around at other positions). Life might get slightly hectic in January and early February, but you need to embrace the rush. Take joy in not having an idle moment at hand. There are going to be some people reaching out to you in March that might help you turn that side hustle into a small scale money maker. You remember that opportunity in June we mentioned earlier? This side gig of yours is going to connect to that opportunity in not so obvious ways. It might just be the thing that makes your friends see that you’re serious and that you’re a bit of a visionary. That’s right: visionary. Don’t shy away from that word, Aquarius. You put in the time and effort and as the man says: that’s where inspiration comes from.

By the time April comes around, you’ll be running things like a well-oiled machine, keeping your day job running smoothly while the side gigs purr alongside it. You don’t want things to get too complacent, though, and the stars will make sure that isn’t the case. Look for a small bump in the road to appear in late May or early June to give you a little, low key stress. Take it in stride and trust in your ability to work through it. This is what anyone starting a business goes through. And if your side gig doesn’t feel like a business as you understand it, that’s okay. That means you’re blazing a trail no one else has before. You might be on the verge of opening up a whole new industry. And if it doesn’t feel like work, remember: “Love what you do and you’ll never work a day in your life”.

If all this trailblazing talk is scaring you a little bit, don’t be. Your life has involved a ton of hard work. That’s the foundation of anyone starting something big. Why not you, Aquarius? You’re going to push through the rest of the year growing this thing you’ve made - whatever it is. Even the stars don’t know - into something that has a life of its own. You are doing the groundwork for you to do really big things in 2022.

Going with the flow has served you well for a number of years, Aquarius. You’ll continue to do that, no doubt. Trying to get you to stop would be like, well, trying to stop a wave. The most important mission from this year has been to get you out of strictly operating in survival mode all of the time. You need to spend more time in living mode, and enjoying mode. This has been a switch for you, no question, but it will just get easier as you move forward into 2022. Let the waves of order crash over you, but enjoy the process as they do.

AquariusDragon 2021-01-19 21:29:12
0
Like this forecast as I see the elements already appearing but not formed. Cool love this website for such accurate forecasts!