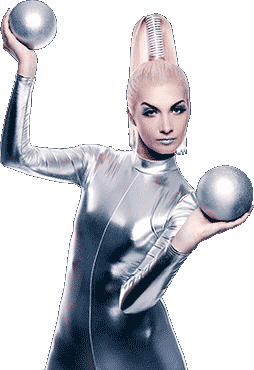 It’s time for you to suit up, Libra. Why? You’ve had a marvelous, fruitful, and educational year on the sidelines during 2020 in which you’ve watched all sorts of spectacular sites and battles. It’s been a good experience for you and you’ve learned a lot. But the people around you need relief and they need to take five. That’s where you come in. 2021 is the year in which you take over for your friends, family, and other close ones so they can recover and you can shine. That’s right: it’s not all altruism for you this year. 2021 is when you’re going to come into your own and be the star of the team.

Right off the bat in January your friends and family are going to want to head to the benches. No matter what their signs, every one of them has been through the wringer lately and they need a break. They also need someone they can lean on and maybe unload on a bit. January is going to be for you the Month of the Listener. You are going to be the sounding board, errand runner, and maybe even a soup cooker for the people in your life. This doesn’t mean you should neglect your own needs or put yourself second. But if you’re looking for a bit of purpose and direction, look to the people around you. They need the relief and you can provide it. And don’t be a passive listener for them. Turns out there’s a lot of wisdom that is available to you, especially from your older family and friends. In this case, ‘older’ just means anyone at a stage of life you haven’t reached yet. Got a friend who just had a kid? Someone bought their first house? A relative facing the beginnings of middle age? Take the time to pick up what these people are putting down. It may not seem relevant right away, but you’ll be glad you filed it away later. Everyone around you is a font of wisdom and you’re going to be soaking it in like you’re writing a book on the subject of life. In a way, you kind of are. The only difference is you are actively writing that book by living your own life. Didn’t see that coming, huh?

February and early March are some financial hotbeds for you, Libra. Those weeks are going to be like you’re sitting on a virtual gold mine. The only problem is you don’t have a virtual shovel, wheelbarrow, or donkey. For that matter, you don’t know how far down the mine is. What’s a person to do when they’re living in this metaphor? They are going to take a deep breath and pay attention to what the world around them is worrying about. You know how it is: you have a couple of friends who are real Chicken Littles, always panicking about everything falling apart. Here’s what’s different for you during this time, Libra: you’re going to take careful notes on what they’re panicking about. This isn’t an exercise to get you even more paranoid. Rather, this is you researching the worst-case scenario of our current financial markets. You’re going to see what those Chicken Littles are doing and (you guessed it) make sure you’re heading in the opposite direction, either with investments or just mental focus. March 2nd and 8th are particularly fruitful days for you. If there was a time to finally pull the trigger on investment, they would be them.

2021 is an interesting year as far as romance and sex go, Libra. Yes, we’re regarding those two things as separate but occasionally intersecting. Both wind their way across the year, sometimes overlapping, sometimes very far apart from one another. It’s the moments when they intersect that are going to prove to be very interesting. Venus says these moments will occur for you at their strongest in April, July, October, and a brief window in late November. These are the periods when you’re going to be caught in a tumult of emotions regarding love, sex, connection, intimacy, and your place among people. Wow! That’s a lot to take in and might not sound like a lot of fun. Don’t worry. These aren’t tsunamis of emotions. Think of them more as buffets. You’re going to be presented with a lot of options and not enough time to consume them all. Everything will look gorgeous and you’re hungry, but you know you need to see what you want and pick and choose. The world is your feast, Libra, and you just have to decide what sounds good to have on your plate right now. But here’s the beauty of buffets (and why this metaphor works well): you can always come back later and get more or try something new. SO many people forget about this and overload their plates or get bogged down with the anxiety of what to pick and they just don’t have to. You know you can come back when you’re hungry later. Let’s make this an all you can eat, 24-hour buffet the purposes of this metaphor (maybe it’s on a huge cruise ship). When the time comes for you to explore more, get a clean plate, and check out the crab rangoon. The point is that you’re discovering a lot about yourself at this time all for you to continue checking out for the rest of your life. Life’s a buffet, as the woman says, and so many poor suckers are starving to death. You don’t have to and you can take your time with it.

November brings a nexus of clarity to you, Libra. This is the time for surveying how far you’ve traveled so far in 2021 and what wisdom you’ve accumulated. Think of it as a taking stock period and figuring out what you need as you move forward. It might be hard to figure out the latter, but that’s okay. As you have so far in life, you’re working with the information you have to make the best guesses you can. That’s the best anyone can do, even if they have a murky sense of the future ahead. The stars can only reveal so much to you at a time, but that’s because they have your best interests at heart. And this moment of repose is also good for you to breathe and recharge. Look at how far you’ve come! You deserve that moment to pat yourself on the back and give yourself some quiet accolades. Is a treat in order at this time? You bet. Around the 20th or so you should splurge and get yourself something you’ve been wanting for a while, small to medium scale. If nothing comes to mind, wait until there’s something you’re simply dying for.

December is the month when everything is going to come to a head across every area in your life. Think of it as the dramatic finale in an action movie. Don’t let that scare you, though. You’re going to come out of it just fine. There’s no question about this. What is up for grabs is how well the wisdom you’ve gained over the year will stick and if you’ll recognize what rewards you’ve won. It’s going to be an incredibly hectic month for you, so right now, completely clear your December calendar of any nonessential activity that’s going to drain you and provide no benefit to anyone. Trust us on this: it’s a perfect storm. Romantic relationships may result in an ultimatum. Jobs are going to pile on extra work on you with a number of people watching to see how you do. Money is going to be stretched thin until you can’t tighten your belt any further. Even the weather is going to be brutal and oppressive. Yikes. That doesn’t sound like a ton of fun, does it? Well while we can’t say it’s going to be “fun” per se, it’s going to be a wild ride that will put a smile on your face. You’re going to be ready for a grand adventure, and what’s a bigger adventure than life? Strap on a helmet, buckle your seat belt, and dive in to fight your dragons. As we said, it’ll all pay off for you and you will survive. The question for you is how wise do you want to be when you’re done?

You are one of the best friends anyone could have, Libra. It’s been a lifetime of giving from you and that’s been noticed by the stars. 2021 is a time for a bit more self-development while not sacrificing all you do for the people around you. Guess what your reward going into 2022 is? Some much-deserved downtime. You’ve been a star player that’s never gotten the Wheaties box, but don’t think you’re ignored. The universe is ready for you to rest and reflect. Enjoy yourself and every bounty that it brings you.