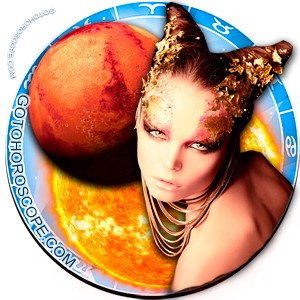 Astrology 2016 Horoscopes, Spiritual Awakening during the 2016 Year of The Monkey

2016 is one of the most important positions in the chronological vigesimal astrological cycle that started rolling in the year 2000. In the first place, it's worth mentioning the interaction of Saturn and Jupiter, the two planets that are not particularly bright, but are knowns as "battle" planets. At this stage, their interaction occurs in a positive way, which, at the very least, excludes large-scale armed clashes. Apart from that, the duo of Saturn and Jupiter strengthens military alliances, and contributes to expanding the influence of humanistically-tuned organizations and alliances. On the individual level, the influence of these planets will, in general, make people a bit more persistent and ambitious, as well as improve their moral standing, all of which are especially important for such a challenging period.

In addition to Saturn in 2016, Jupiter will be closely interconnected with another "sister" planet, Neptune. It needs to be said that the previous time stage (2015) wasn't perceived to have held many positive interactions between these planets. Indeed, they were in constant confrontation. Now the situation has taken a different turn and Jupiter and Neptune have become allies, which suggests one thing: there won't be drastic climate changes in 2016, and only the existing trends will intensify their, in most cases slow, development. For every individual, such planetary position predicts that we will become better at mastering our emotions. It also predicts that there will be a significant drop in the number of conflicts caused by emotional tension. No one is excluded from the possibility of a nervous breakdown, but all things being equal, they will occur much less frequently.

Jupiter and Pluto, whose interaction will reach their apotheosis in the July-August, intensify our senses. In addition, this duo will strengthen the struggle for power, and the people who have developed an egocentric position, will get, let's say, into the danger zone. At this stage, only genuine altruism can help achieve the desired results with "minimal losses". Any other mindset would be self-defeating, though it is fair to say that in each case the situation may develop individually, so do not "panic." By and large, the influence of Jupiter and Pluto does not bring with it any negative trends; roughly speaking, this influence will be a catalyst for "bad" people, but for "good" ones it will be a beacon of light that will point out the need to mobilize their internal resources.

The overriding point is that in 2016, there will be a total solar eclipse, which will take place on March 9th. In connection with this, the onset of the fall phase (roughly from March 1st to April 1st) will be characterized by a sudden drop in activity and labor productivity. You should not dread this phenomenon as it won't bring about any large-scale consequences. Some might feel a bit under the weather, and some will be a little more irritable while others will feel no changes at all. A partial eclipse of the sun will occur on September 1st, 2016, and at this stage the aforementioned tendencies will hold true, though on a smaller scale. This eclipse will not only affect the date of September 1st, but it will also affect the whole time period from August 25th to September 10th.

In 2016 we expect two partial lunar eclipses on March 23rd and September 16th. It's better not to stay at work late on these days, and at night it is better not be away from home. It doesn't mean that dangerous events are bound to happen, but the risk of critical situations is much higher during this time. Be more careful and try to avoid conflict situations. In general, the position of the moon in 2016 will be favorable, with the influence of our satellite being more prominent on full moon days (January 10th, February 8th, March 9th, and so on). On these days your performance levels will be increased, and you will frequently receive interesting news.

Mercury's retrograde position in 2016 will last from January 5th to January 26th; from April 28th to May 22nd; and from August 30th to September 22nd. It's a good idea to avoid making large purchases and, in general, you should keep track of your finances. You should not "invest" in large-scale projects as the odds won't be in your favor. But it is worth noting that in 2016 there will not be retrograde Venus periods. This means that the year of the Fire Monkey will be extremely successful in terms of personal relationships. It's a good time to make new acquaintances, and to move to a new stage in your relationships.

Blessed are those who decide to get married this year or have children. It is also worth bearing in mind that there will be a retrograde Mars motion from April 17th to June 30th, which will make this time period conflict-prone. You need to understand that the conflict is always a motivation, it is an incentive, so to say, to express yourselves. That is why for many of us this period will be highly important, but not necessarily characterized in a negative way.

In general, the astrological situation in 2016 will be characterized by total tranquility. We'll have nothing in particular to fear. Nothing will hold back our development; the movement to the target. Given the position of the moon and sun and other celestial objects in the solar system, we can easily overcome the most unfavorable stages, if necessary, reducing activity levels or distancing ourselves from conflict situations. Of course, the horoscope will be unique for each sign. In fact, it always makes sense to consider shorter periods of time, the span of a month in particular. But anyway, in 2016 the stars will be in our favor.

2016 Horoscope for by spheres