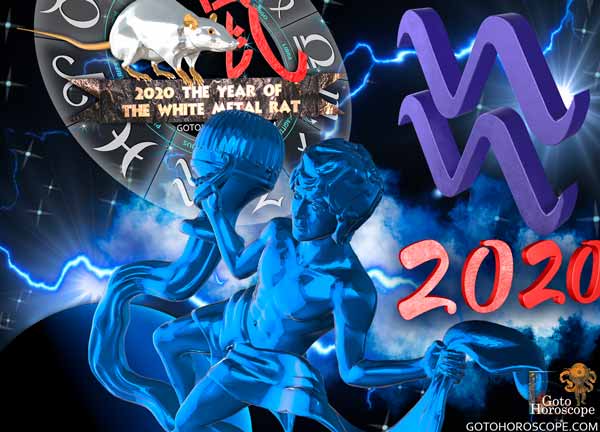 Who was the happiest member of "Friends"? Only one answer: Phoebe. She'd been through a lot (much more than the other characters) and no matter what, she persevered. Everyone else was wrapped up in their neuroses. Could they be more self-absorbed? It made for good comedy, but in real life, wouldn't you rather be the free spirit who is able to weather whatever life throws at them? We'll bet you've been called a free spirit your entire life. And you know what? The world needs more free spirits like you, Aquarius. Maybe people meant it as a compliment because they think you're cool. Maybe they meant it as an insult because you show up late all the time (just set a timer on your phone next time. Easy. Problem solved). Most likely they said it because they didn't know what else to call you. There's a bit of Phoebe in you, singing songs about smelly cats at the local coffee shop. But that's also meant you've rolled well with the punches and you can deal with anything (and we mean ANYTHING) life throws at you. This is a very good quality and boy howdy, you'll be putting that skill to work this year. This is your moment of truth, Aquarius. You've got this. Buckle up.

As you've no doubt heard, the conjunction of Saturn and Pluto is a big deal for every zodiac sign this year. However, the nature of that big deal is different for each sign. What it means for you, our dear Aquarius, is that life will throw a bunch at you this year, so you're going to have to do a lot to keep it together. That's okay, though. Not only do you have this, but while this year tests your mettle it will also be strengthening you for the future. After you get done with this year, you will be prepared for nearly anything the universe would come up with for you. This could very well be the toughest year you've had to face, but you've got it. If the comparison to вЂFriends' is too prosaic, think of it this way: you are a dragonslayer and there are a lot of dragons to face this year. But once you slay them, they remain slain. You're doing this for your future. Your job may be a joke and you may be broke, but you'll be there for you.

Wherever you are in the job front, it's the time for great challenges and changes with your name on them. If you've been unemployed or on the verge of a great job opportunity, this is the year in which you are tested before you can level up. Think of it as the great employment SATs. And just like any teenager taking that standardized test, it would behoove you to do some test prep and make sure you're ready for it. And if you remember what preparing for that test involved, it certainly involved working on the content as part of it, but most of it was preparing for the test itself: pacing yourself, learning how to dissect a question, etc. That's the sort of work you'll need to do this year, Aquarius. You need to work on how to be the employee you want to be. You know how they say "dress for the job you want to have"? Well, that's you. Figure out what you need to do to be the person you want to be. Maybe you want a promotion, maybe you want a new career, maybe you're starting out and you just want ANY job. Look and see who you have to become to get there. What can the stars do for you to help out? They can give you some very prominent activity in the twelfth house this year for that added spark with just a hint of chaos. What this means is the universe has your back. You're going to be working your ass off but trust that the planets are right behind you, ready to catch you if you start to tumble. 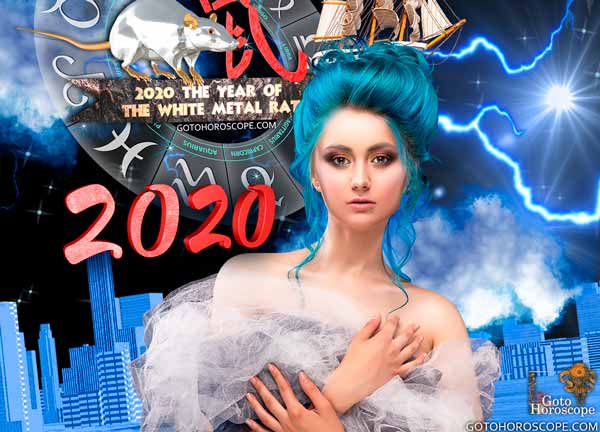 We've got similar advice regarding your love life this year, Aquarius. Usually, you can be a bit of a romantic. This isn't a bad thing at all, of course. Flowers, poems, and quiet strolls on the beach are wonderful and necessary for enjoying everything the world has to offer. Sometimes this has worked well for you and sometimes it's gotten you hurt, but that's understood and to be expected. This year you'll need to switch your love mode a bit and it might be an effort. We hate to break it to you, but that's the overall modus operandi for you this year: switching to a mode that's going to be harder work. But fear not. This will pay off for you greatly for the rest of your life. We're not saying your love life is going to be drudgery this year. But for anything that hasn't worked well, you're going to be the one to initiate a talk about it. If you've known you need to end something that has no future that you want a part of, you're going to have to end it. On the other hand, if there's someone you've wanted to ask out for ages, it's going to be up to you. Ready for marriage? Don't wait for a proposal. You need to speak up at every juncture in your love life where you are ready for change and growth. Now that may sound like a ton of work - especially if you've been used to just letting the universe push you here and there - but the fact is, it isn't and it gets easier the more you take a proactive approach.

We don't usually like to be specific with dates, but this year we'll make an exception. January 8th is a powerful node for you, Aquarius. It's a good date to start the process of working on your health and physical well-being. That's a good date for it. You'll have a full week to recover from New Year's. You can lounge around a bit, take stock. Maybe buy yourself a cake to eat. But come January 8th, get off that couch. You don't need to immediately start running a 5k (and please, consult a doctor before starting any rigorous exercise program), but you do need to start something. Want to lose weight? Start planning on that diet (and go buy some vegetables). Want to exercise more? Go for a walk around the block. Worried about larger health issues? Make that appointment for that checkup and ask your doctor the scary questions. We're not trying to be dark and gloomy here at all. You may well be totally fine. But if you're not, now is the time to start addressing it and getting help. It's hard scary stuff, but that's an overall theme for the work you're doing this year. You're slaying dragons left and right and for a very good cause. You are making sure that you are healthy and active and will be for many years to come. 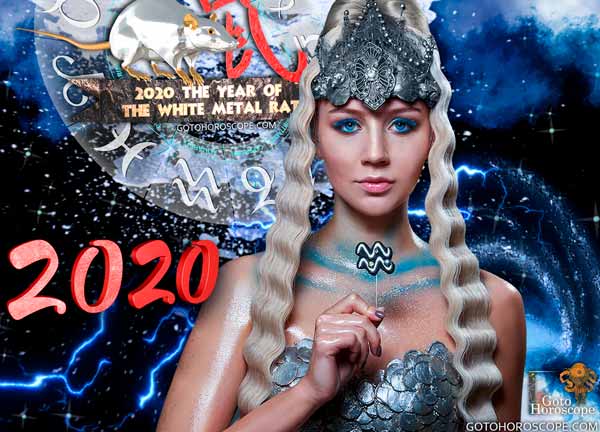 Why oh why is this year so hard for you, Aquarius? You're not one for saying вЂwoe is me', but this feels like a lot we're guessing. There's a cosmic reason for all of this piling onto this year and onto you. You see, Saturn is finishing its two and one half year journey through Capricorn towards the end of 2020. This is a lot. Think of the world's biggest aircraft carrier coming into a port that is just the right size for it. It can be done, but everyone in the vicinity is sweating bullets and on high alert. So that's what you're dealing with: the universe is trying to park a giant aircraft carrier. And so you need to be on high alert and ready to work, honey. But guess what? You've got this. You've had a lifetime of being the oddball who hasn't been well understood. Your skin is thicker than you think. Plus that imagination of yours means you're good at coming up with new solutions to problems no one can even imagine.

You are the universe's free spirit and nothing in the universe would ever dream of trying to change you from that. We all need free spirits to show us ways of doing things we didn't think were possible. But free spirits can't always be carried by the ebbs and flows of the cosmos. Sure, you haven't wanted to worry about Earthly matters when you've known they'll all work out somehow. Sometimes free spirits need to face those matters. There comes a time where they need to paddle in the direction they want. Otherwise, they'll go over the Great Waterfall of Nothingness. You, Aquarius, are in a small boat that could easily head over that waterfall. It is time for you to use that sophisticated imagination of yours and get paddling towards your destination. You've got this. Buckle up.

2020 Horoscope for Aquarius by spheres

Love and Romance 2020 Horoscope for the Zodiac sign Aquarius

Work and Career 2020 Horoscope for the Zodiac sign Aquarius

Money and Finances 2020 Horoscope for the Zodiac sign Aquarius

Health and Wellness 2020 Horoscope for the Zodiac sign Aquarius