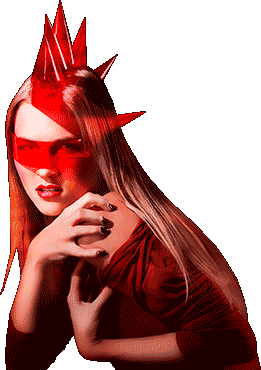 There’s one word that’s going to be an overarching theme for you in 2021, Scorpio. That word is family. Depending on where you are in life, this could mean a lot of different things. You might be starting a family (of sorts), you might be taken in by one (of sorts), or you might find a connection with the greater family of human beings. One family member is returning to the table to join you this year, and that’s your dear cousin Neptune. That long lost celestial beacon will be making an appearance in your life come spring and transform things in ways you could imagine. Think of him as your “Uncle Buck”, wreaking havoc but also bringing joy to you.

January will have you a bit adrift on all fronts as you’re freed from the bonds of 2020, maybe a little unsure of how to proceed. This isn’t a bad thing, though, as you could stand to be freeform for a bit so that you can be open to new connections as they appear. Whatever your job situation currently is, January is a good time to keep your eyes and ears open for any and all networking connections that might come close. Basically, you want to be meeting people at every opportunity you have. These could be people at your actual job, but more likely at social events. Get yourself to every job-related event you can. Been curious about stamp collecting? Find that Meetup group and sit in on a meeting. Ever consider a trip to Belgium? Odds are good there’s a tourist group organizing in your town. It doesn’t matter what it is as long as you have a hint of interest in what people are talking about in it. You’re going to start doing this in January and keep it going through the year. And guess what happens by June if you’ve been going to a bunch of these meetings? That’s right: you’ve met some people who will introduce you to other people, and so and so forth. It’s networking, baby. And you’re going to do a lot of it this year.

That super network that you’ve created as a result of that exploration is the perfect place for you to do some human sprawl: take in the range of people and see if there’s anyone you’d especially like to emulate. These people are going to be your potential mentors. Don’t be put off by that term: people of any age or station can have a mentor (and can BE a mentor as well). Make a list of a few potential candidates and by February 1st, make initial contact. Don’t be nervous about this. If anything, the people you contact will be incredibly flattered and delighted to be considered. Even if you only get one person saying yes, you’ll have made huge strides and benefits for your future. Set up the first meeting with that mentor no later than the 20th of February.

Your love life is going to follow a very interesting trajectory over the course of 2021, Scorpio. Whatever your relationship status is in January, you’re going to get a little restless and ready for some sort of change. Don’t do anything drastic just yet, but take a look at where you are and see if things are heading in a direction that you like. If the answer is a clear and unquestionable “no”, well, we think you know what you’ll need to do. We’re guessing, though, that it’s not quite as straightforward as that. You don’t have to draw up a list of plusses and minuses or anything like that, but take a quick temperature check and see where you are. If that restlessness is getting a bit more, well, restless, sit down with your partner and talk about what you’re feeling and what you need. If you don’t have a good handle on that, see if you can hash it out with them. Sometimes these things become more clear in conversation. And if you’re not seeing anyone at the beginning of the year, have that conversation with a friend so that you’ll know what you’re looking for out there.

It’s good to know what you’re looking for because around early April, someone is going to be looking for you. You’re going to capture the attention of someone in your orbit then. It could be someone you know, but it’s looking more likely that it’s a friend of a friend, maybe someone you’re distant Facebook friends with. Your paths will cross and they’re going to see low-level fireworks when they do. That’s right, Scorpio, someone is going to have a crush on you. But remember that a crush doesn’t have to mean the same thing it did in third grade. They may just think you’re cute, but it’s also possible they’ll be drawn to your charisma or aura in a way you wouldn’t expect. This could take many forms, but the important thing is you are going to capture someone’s attention. This is a very positive thing, even if it doesn’t blossom into a romantic interlude. That captured attention can be shared with others. What does this mean? That person is going to sing your praise to other people who will discover you in June. No, you’re not starting a cult or anything like that. But there will be a group of people discovering how amazing you are and wanting to learn from you (boy, that does kind of sound like a cult).

There’s an interesting financial arc for your life in 2021 Scorpio. It’s going to look a bit like a wayward journey across a treasure map, so you might have some moments of thinking you’re very lost regarding your money. It’s true that not all who wander are lost, but you won’t be aimless. You’re going to be exploring over the course of the whole year. There’s a strong financial beacon in the stars around early May that’s a good target for you while you’re wandering around this year. It’s a time of great wealth potential, but don’t be alarmed if it doesn’t immediately pay off. You’re just planting the seeds for a fruitful future ahead of you. That said, if you felt like playing the lottery or doing some low stakes gambling, early May and mid-August are especially potent times for you to consider it. Don’t break the bank or anything, but the stars are shining brightly on you at these times. The work you do over the first half of the year will immediately start to pay off by late June, albeit in small pieces. You might start seeing some stock dividends, or your savings will be picking up a nice bit of momentum. You might even consider asking for a raise at this time because you’ll be primed for making a bit more money. This wave of prosperity will be a slow and steady rise - nothing crazy - but enough to give you momentum into the next year. Enjoy it, learn from it, and keep saving and being frugal. It’s served you well so far and will keep doing so for many years to come.

December usually means families for most people, what with the holidays and all. You’re going to be no exception to this, Scorpio, except your connection to families will extend well beyond tree trimming or family dinners. For you, a family means any connection to another human being you have. That might seem like an overly broad definition, but this speaks to the way connections are especially important to you and that you look out for the people around you. You’re a classic empath, Scorpio, and this is a very good thing. 2021 is the year where the energy from that is going to start coming back to you, and the peak time for that is in December. People from all around that have a connection to you are going to start reaching out and waiting to pay you back for all the good you’ve done them. That’s right: the family connections you have going to be strengthened from the other direction now and all you have to do is take it in and enjoy it. Look to a strong emotional moment regarding this in the third week in December that might feel a bit overwhelming, but good.

The family has been key for you this year. 2021 is bringing you multiple families that you may not have been expecting. It’s about connections and roots, two things that you’ve needed for quite some time. The stars want to make sure you’re watched over and that you have good people in your life. You’ve known that you have, but by December it should be made explicitly clear how loved you are. You are in a blessed place, Scorpio. Enjoy all these families that you can move freely within. Take strength from them and move strongly into 2022.