The Twins may have a peaceful mind when it comes to tackling financial matters in 2015. There will hardly be any drastic changes in your financial wellbeing. One can say that your income level will stay the same as last year during the first half of 2015. However, in the second half of the year when Jupiter transitions to the Zodiac of Virgo you may feel lack of money since your expenses on your home and family will increase by a lot. During this time you are advised to refrain from taking serious steps towards looking for new revenue sources and finding a new job with higher paying salary - these steps may not please you. Stars give you a chance to re-energize rest and determine which activity is really profitable and which simply wastes your time. You'll be able to see new financial perspectives once you analyze your life.

You should be extremely careful with your property and expenses during June 25-August 8. The risk of having valuables/savings lost or stolen is high. When setting off on a vacation trip during this time you must ensure security of your belongings. Watch your savings and don't allow yourself to be extravagant. Expenses will significantly exceed revenues at this time.

Real estate transactions should be conducted during September 7-the end of 2015; however, you should keep in mind that certain deals can become feasible even during the month of August, but because of retrograding Venus they opportunities may come and go unrealized. Besides, acquiring real estate starting in early September holds a promise of better financial conditions.

During the time of August 1-September 6 you should avoid signing all financial documents since the risk of an insolvent deal will be too high. It is not advisable to buy transportation and go on distant trips, either. The Twins-car owners may have higher than normal expenses associated with their vehicles.

The best times for making larger purchases and investing money are from February 21 till March 17 and from May 8 till June 5.

Annual 2015 Horoscope for 12 Zodiac signs for the Ram Year

2015 Horoscope for Gemini by spheres 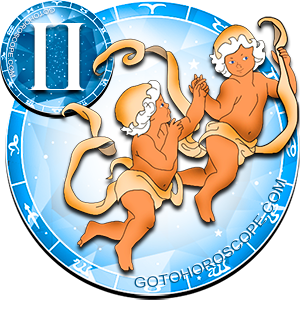 2015 Horoscope for the Zodiac sign Gemini for the RAM year

Love and Romance 2015 Horoscope for the Zodiac sign Gemini

Work and Career 2015 Horoscope for the Zodiac sign Gemini

Health and Wellness 2015 Horoscope for the Zodiac sign Gemini