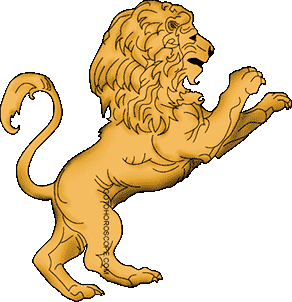 Compatibility of Leo, Basic Traits of the sign of the Zodiac Leo' Compatibility in the Work & Business Spheres, Leo Partnership Relationships Preferences, those born during July 23 - August 23

Leo is a Fire sign. The fifht Sign of the Zodiac which rules the fifth House, the House of Creative self-expression. Leo is ruled by the planet Sun In the Zodiac Leo is opposite of Aquarius. Leo means Lion.

The relationship's swirling energies can gel at work. These two don't usually stick to mundane activities but pursue projects involving adventure and travel, challenge and danger, often in the executive worlds of corporate finance, investment or advertising.

Work relationships can succeed if the partners maintain a strict objectivity on the job at hand. They can be quite successful in any sales endeavor so long as it does not conflict with their personal ideals.

Gemini and Leo will manage to become very good business partners. Leo the fire sign is in the inspirational group, and Gemini air is in the mental group of marketing, will do very well together as long as the mutible air sign can convince the fixed fire sign to take a broader view of matters.

A partnership between these two will seldom workout as Leo will soon become tired of the constant complaints and negative attitude of the Cancer that also wants to play the role of fearless leader.

Co-worker matchups between two Leos are strong, dependable and therefore of great value to the company of which they form a part. Occasional battles are inevitable between them, however, with Leo fur flying in all directions. Little if any quarter is generally given in such combat; nor is it advisable to come between Leos adversaries they must be left to settle things alone, whether physically or verbally.

Career matchups may succeed in avoiding the sensitive subject of feelings, but the partners may feel a certain emotional wariness around each other, which can make them tread a bit too lightly in each other's company. These two can be successful at a variety of tasks, preferably objective ones in which the job just needs to get done without fuss or bother.

Career matchups are not favorable here, since the kinds of relaxed attitudes that are typical between these two rarely bring people forward in the professional and business worlds. Leo- Scorpio partners interested in making a success of their endeavors will have to push themselves a bit more.

Working relationships between these two are seldom successful except at the highest executive levels, where innovation may be most appreciated.

Work relationships between these partners can work out in the short term, but will rarely succeed in establishing a lasting financial or ideological basis. Enterprises involving media, public relations, publishing and the arts are particularly favored here. In the long run, Aquarius business partners may demand too much attention for Leo taste, and may have too little psychological understanding of their colleague to keep him or her happy.