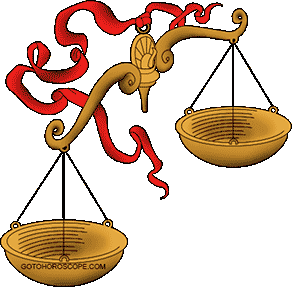 Compatibility of Libra, Basic Traits of the sign of the Zodiac Libra' Compatibility in the Work & Business Spheres, Libra Partnership Relationships Preferences, those born during September 23 - October 22

Libra is an Air sign. The seventh Sign of the Zodiac which rules the seventh House, the House of Other people Libra is ruled by the planet Venus In the Zodiac Libra is opposite of Aries. Leo means Lion.

The Libra would be very good in marketing and Aries would excel at keeping up the customer or client base for the business. Personality wise this would not be a good match but it can be made to work as long as they did not decide to strike up a strong friendship, and if each respected the others hard work and ideas.

In business, a partnership providing a service or product to the general public is most favored here. These two will usually find a hole in the market by coming up with something original, or giving a new spin to an old idea. Whether it's the delivery, packaging, advertising or personal approach involved in the product that is unusual, it has a good chance of attracting attention and making a significant impact on the market.

Co-workers in this combination are often unusually sensitive to each other's quirks and foibles. Irritation can be a constant problem here, necessitating games and neurotic behavior to cope with unresolved annoyances. Work activities also become an avenue of escape. In whatever sphere the relationship manifests, the split between its private and its public personas may be essential for its well-being.

Work relationships between Virgo and Libra work out best when the two personalities have an equal say in their projects, whether they are co-workers, business partners or executives. Their personal contact should be limited and their attitudes kept objective. Their insistence on high standards can make them respected but also feared by their fellow workers and employees.

Forming a business, or working for one, that deals with human services is quite possible for a pair of Libras. Making it work financially is another matter, however, this duo will be more successful as part of a team, the other members of which can supply the practical skills they lack.

Within business circles, the Libra- Scorpio duo works best when personal interactions between them are kept to a minimum. Here, observing and furthering life's action is essential to the success of their professional and familial involvements.

Work relationships here are best if somewhat detached, with each partner fulfilling his or her work quota and not asking for too much help from the other. Although such co-workers may display natural and relaxed attitudes toward each other, they should perhaps avoid too much personal contact. Much depends on whether these two are involved in the actual production of something or not.

As co-workers, Libra and Capricorn are capable of sustained effort and high-quality work. There is a tendency, however, for both partners to go their own way, they don't always listen to each other. When one of these two works for the other, whichever of the two is the boss must be careful to treat the employee with respect, never compromising his or her dignity.

In the social and work spheres, Libra and Aquarius may be friends and co-workers, but their ability to stay in each other's presence for very long may be limited. If the partners are required to be constant in their attitudes and feelings, these relationships will inevitably feel the strain.

My name is Jane. Before you go into business make sure you work on your plan and the details. along with your communication skills. My boss is a libra and he often gives me no instructions and does not explain anything. Our company direction as changed about 8 times in the past 10 months, and things get done because decisions are made VERY slowly. Before you go into business please make sure your direction is clear.
Libras do best in creative fields, but there management skills are poor. Make sure you do not come across aloof, slow or passive to your employees. Hope this helped!
Rajenderan 2016-02-01 04:47:13
-1
hi,i would like to open new business,i mean one new company,so im really very confusing to create the company name.
im born on 04/11/1983
my zodic is libra.